Welcome to the MSA Today!

The MSA Today is our law firm's periodic newsletter. It provides readers with updates about Medicare Set-Asides (MSAs) and the issues related to MSAs. It's one of the only places to get MSA updates and practice tips from the legal perspective.

Summer is almost done! The kids are heading back in school and the adults are heading back to work. If you took an extended vacation this summer, it's time to catch up on what Medicare Secondary Payer (MSP) events you missed this summer. We had some significant news items which deserve your attention. From the federal government settling cases against personal injury law firms for failure to repay Medicare conditional payments to concrete discussions at Medicare about a liability MSA review process and lots in between, now is the time to digest this and figure out how these developments affect your clients, your practice or your organization. Please reach out with any questions you might have after reading. Our contact information is at the end of the newsletter. Enjoy!

$2,000,000,000! That's how much Care Bridge estimates the WC industry has overfunded WCMSAs over recent years. Read this White Paper to learn more.

The study examined a data set of over 8 million claims and/or MSAs submitted to Medicare for review and approval. The study identifies the current disconnect between Medicare's MSA opioid policy and actual treatment regimes as a primary driver of the overfunding. After crunching the numbers, Care Bridge estimates the gap to be approximately $2 Billion.

Clearly, the MSA status quo is failing if payers are overpaying on MSAs by approximately $2 Billion. The data now supports what all WC stakeholders have thought for awhile. The White Paper proves that parties who still believe seeking CMS review/approval of an MSA is the best option are paying too much for their MSAs.

Primary payers spend too much on MSAs by blinding agreeing to the advice of MSA vendors who have never truly understood the legal obligations of the MSA issue. What part of that $2 Billion comes from you, Insurance Carrier ABC? Don't you think your bottom line might look a lot better if you could add your slice of that $2 Billion to your 10Q and 10K filings? Think you could comply for a lower cost?

And you, BigBox Retailer. What if you slightly changed your approach on MSAs in a way that still fully complied with federal law but allowed you to fund MSAs for 25% or more less than you do today? Think your shareholders might appreciate that well-reasoned risk management decision? Remember, we still have not seen any reported instances of Medicare pursuing a primary payer on a MSA issue. No one wants to be the first, but what if there never will be a first on the employer/carrier side? There's a reason why we still (in 2018) have no reported instances of Medicare pursuing an employer/carrier on an MSA issue. And it's not because there is 100% compliance nationwide on the issue.

In 2018, the MSA issue has evolved right in front of our eyes. More and more payers understand that a MSA non-submission approach should be more than simply considered. An MSA non-submission approach should be the rule, not the exception, for any organization that balances the risk of these issues against the likelihood that Medicare would ever recover anything from them. The benefits of a new approach more than outweigh the risks faced by changing.

Below is an article titled "MSA Alternatives in 2018." I highly recommend you read that article to better understand your options today. We believe relying on legal advice from lawyers whose practice focuses on these issues makes the most sense. For those of you who would like to rely on legal advice as your chosen risk management technique going forward, Cattie stands ready to provide that advice and take that risk away from you completely.

The following comes from a press release issued by the National Alliance of Medicare Set-Aside Professionals (NAMSAP) on August 8, 2018.

Members of NAMSAP were invited to a meeting with CMS in Baltimore to discuss the topic of Liability Medicare Set-asides. The meeting with CMS took place on April 16, 2018. Everything discussed in the meeting was subject to change and RELATED TO LIABILITY MEDICARE SET-ASIDES ONLY.

Some highlights of the meeting are: 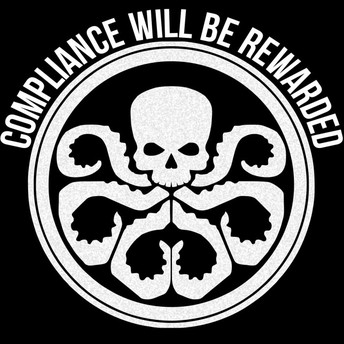 Your Compliance Will Be Rewarded

Executive Summary: On June 18, 2018, the United States Department of Justice (“USDOJ”) announced a settlement that directly affects parties resolving certain insurance claims with Medicare beneficiaries. The USDOJ settled a case against a plaintiff personal injury law firm based in Philadelphia, PA which had failed to repay Medicare for conditional payments pursuant to the Medicare Secondary Payer (“MSP”) Act. If the firm violates the terms of the settlement agreement, the USDOJ left the door open to use the federal False Claims Act (“FCA”) to impose additional penalties. 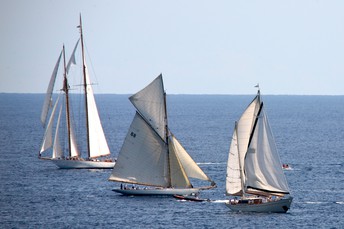 “The pessimist complains about the wind; the optimist expects it to change; the realist adjusts the sails.” William A. Ward

The MSA issues are much more complex than a decade ago. Is the claim accepted or denied? Are we talking about workers’ compensation (WC) or liability insurance? Did the MSA reviewer based the report on medical records or legal analysis? Do we ask Medicare to review/approve the MSA or steer clear of the federal government? The MSA winds have changed direction. 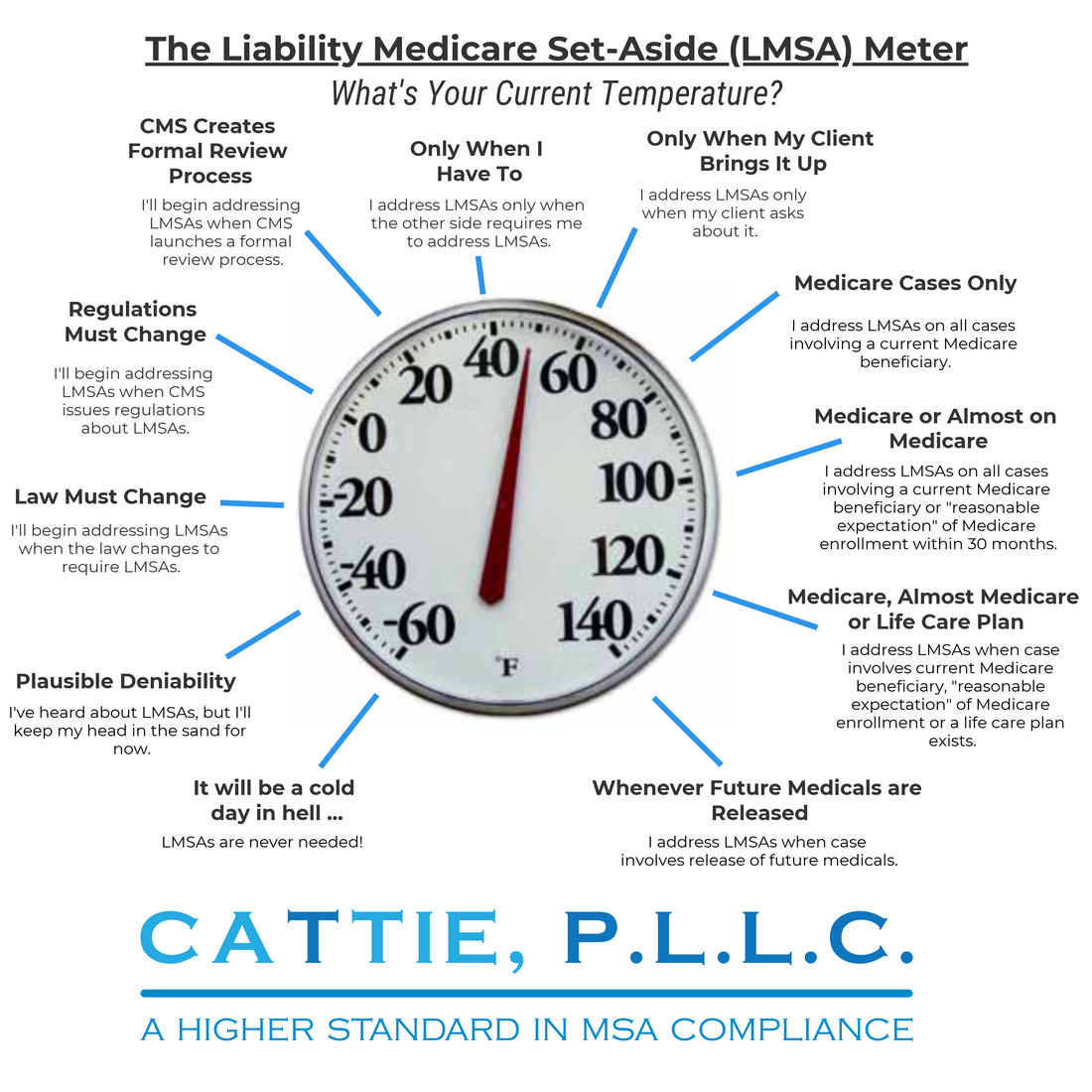 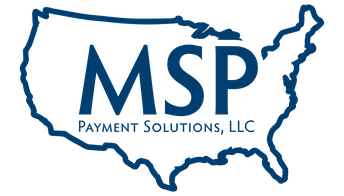 Every month, our newsletter provides concrete examples of why it's important to address Medicare conditional payment issues. Assessed interest, double damages, and referrals to the U.S. Department of Treasury and/or U.S. Department of Justice are but some of the reasons to make sure Medicare gets reimbursed timely for its conditional payments. But what if there was a way to ensure that Medicare would return a $0 letter to you instead?

For lawyers, MSP Payment Solutions is a way to ensure that Medicare conditional payment issues cannot derail a case. How many settlements have been delayed because of Medicare issues? It doesn't have to be that way. You can direct medical treatment towards a medical provider within the MSP Payment Solutions network instead. Providers will work on a lien basis. Instead of waiting for the federal government and fighting with Medicare over unrelated expenses, you can focus on your legal practice instead.

1) minimizing their MSP exposure to Medicare;

As a lawyer whose legal practice focuses on MSP issues, I can tell you that the best way to "consider and protect Medicare's interest" is to make sure you don't ask Medicare to pay a bill in the first place when a secondary payer situation exists.

MSP Payment Solutions is the key to unlocking your medical practice’s potential. Why risk another erroneous bill to Medicare? Why settle for less money for your valuable services? Why wait longer to get paid than absolutely necessary? Why wait one more day for the practice of your dreams? Call (480) 815-1256 today to learn how you can join the MSP Payment Solution member network. Ask for Thomas and tell him I sent you. He’s waiting to talk to you now. 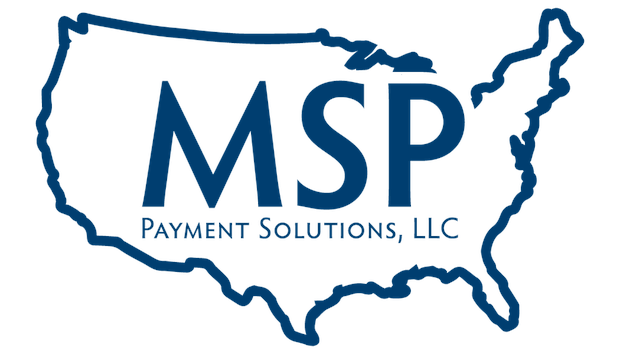 In a town hall call on August 16, 2018, CMS officials discussed recent enhancements it has made to the Medicare Secondary Payer Recovery Portal (MSPRP). Users of the MSPRP are now able to do the following and more:

In the future, Medicare officials advised that MSPRP users will be able to establish new cases with CMS from the outset of a case (no more faxing or mailing in authorizations and requests for initial CP letters). Officials also shared that they expect the MSPRP to have the functionality to accept payment from parties to satisfy demand amounts and other debts owed. For more info, see http://go.cms.gov/msprp.

Chuck Bogatie is a husband, a father, a grandfather and a military veteran. Chuck's also an injured worker who got caught up in the Medicare conditional payment reimbursement process through no fault of his own.

Hurt in a work-related accident in 2001, Chuck finally settled his workers' comp case in 2016. Even though his employer accepted his claim (and with it, responsibility for medicals) and despite the fact that he had a CMS-approved MSA in place, Medicare asserted that Chuck owed Medicare for conditional payments made pre-settlement. Despite his best efforts, Chuck was unable to convince Medicare that the debt was not owed or was not his responsibility.

Enter Cattie. Chuck hired our firm to work with Medicare on his behalf. Cattie helped Chuck navigate the laborynthian Medicare post-demand appeals process. Eventually, Cattie was able to secure a full waiver of the debt from CMS. The $40,834.32 which Medicare said Chuck owed evaporated in a $0 letter with Medicare closing its file. That meant a lot for a retired grandfather on a fixed income. We know it did because he told us. Here's what Chuck said about us when asked:

"I highly recommend the law services of John Cattie, PLLC, Charlotte, NC, for anyone needing to navigate their way through a Worker’s Comp Medicare Set-Aside (MSA) issue. Having consulted all of my limited legal resources in Metro Atlanta, I was unable to find anyone who was experienced in assisting me in preparing an Appeal to an Unfavorable Medicare Decision. Through his knowledge of the bureaucracy plus patience and tenacity, he was able to garner a Favorable Decision on my behalf. I only wish I had known of his services prior to trying to handle it myself. He is Client-Friendly and able to work across state lines-- CB" July 11, 2018 Letter of Recommendation for Cattie, PLLC

The results we obtained for Chuck should not be expected in every case as a matter of course. Like anything else, the facts matter. So does timing. Sometimes, it's simply too late to get the result you might deserve. Luckily, Chuck found us in time before it was too late.

For anyone out there who is struggling with Medicare conditional payment issues and who would like assistance from lawyers that focus their legal practice on the Medicare Secondary Payer Act, we'd be honored to assist. We will work hard to get you the results you deserve. At the end of the case, we hope you will be as impressed with us and grateful as Chuck was. 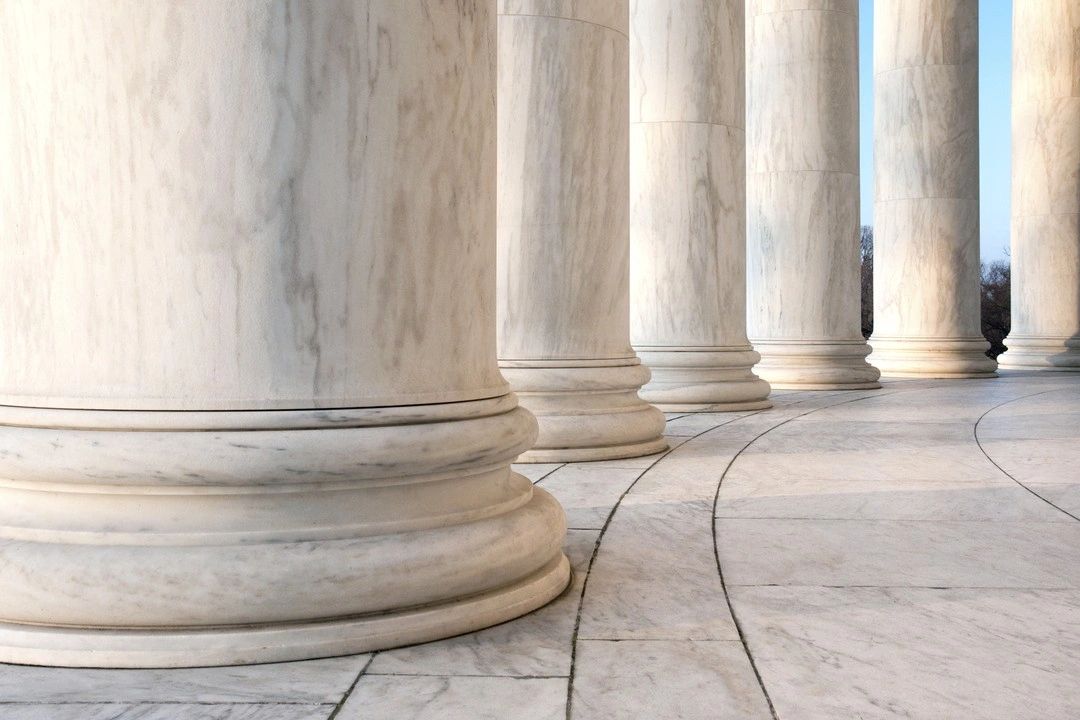 Follow John Cattie
Contact John Cattie
Embed code is for website/blog and not email. To embed your newsletter in a Mass Notification System, click HERE to see how or reach out to support@smore.com