Home of the Jaguars

Home of the Jaguars

We are a community school located in Bridgewater, Virginia, in the heart of the Shenandoah Valley. We are proud to be one of 25 schools in the outstanding Rockingham County Public School district. John Wayland has about 600 students in preschool through fifth grade.

John W. Wayland is a fully-accredited public school in Virginia, with strong student achievement. Our goal is to get to know each individual learner, and help them achieve their best. We strive to make our instruction meaningful and relevant, actively engaging children in learning, while making sure they master basic skills.

Dear Visitor,
Thank you for visiting John Wayland Elementary School’s website! Home of the Jaguars! Our staff is caring and committed to providing the best education for the students at our school. We welcome you to explore our website, along with the Rockingham County Public Schools’ website (www.rockingham.k12.va.us), and invite you to visit our outstanding school!

We are a community school, located in Bridgewater, Virginia. John Wayland is one of 15 elementary schools, and one of 25 schools overall, in Rockingham County. We have about 570 students in preschool through fifth grade. John Wayland is proud to be a fully-accredited school in Virginia and is also recognized as a Virginia Naturally School. We pride ourselves on providing enriching, engaging opportunities for our students to learn from, grow, and be successful. We also have a rich STEM curriculum, including activities provided for students in our engineering lab.

Historically, the school was built in 1966 as an intermediate school, serving grades seven and eight. In 1989, the building became John Wayland Elementary School; merging students from elementary schools in Bridgewater and Dayton. The school completed an extensive renovation in 2018.

We invite you to schedule a visit to our school by calling the office at 828-6081. Come see how special John Wayland Elementary School is!

MISSION, VISION, AND CORE BELIEFS: A CARING COMMUNITY OF LEARNER

We will strive to prepare our students to become character-filled lifelong learners, and responsible, productive citizens who will experience success and contribute to an ever-changing, diverse, and technological world.

In order to achieve this mission, we believe that:
*All children can learn, and that each child is a unique individual learner.
*We must build trust and cooperate closely with parents, community members, as well as business and education partners.
*We must provide a caring, friendly, and supportive school community that promotes learning, teamwork, problem-solving skills, and the development of intellectual, social-emotional, and physical growth.
*Our instructional program must meet individual needs while offering a creative, challenging, and engaging curriculum. 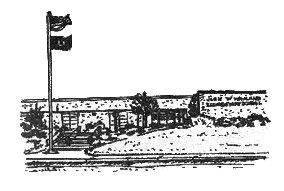 ABOUT JOHN WAYLAND (THE SCHOOL)

The first of these, John C. Myers at Broadway opened in 1964. John Wayland at Bridgewater opened in the fall of 1966 with Carroll K. Jones as principal. Mr. Jones served as principal until 1969 when Jerry Wampler was named to the position. An addition to the building was constructed in 1969 and a second addition in 1985 to include the sixth grade.

Edmund P. Price, who had been the principal at Bridgewater Elementary during the 1988-89 school year, became the first principal at the newly-created John Wayland Elementary School. Mr. Price served as principal from 1989-2000. Charles Wright served as assistant principal until his retirement in 1996. Johna McFarland was then appointed as assistant principal. When Mr. Price moved to Keezletown Elementary in 2000, Nancy Lantz became Wayland’s principal and served from 2000-2004. With Mrs. Lantz moving to Central Office, Dr. David Burchfield became Wayland’s new principal in the summer of 2004. He served in that role until 2015. In July of that year (2015), Karen Ridder assumed the role as principal at JWES. After six years leading John Wayland Elementary, Mrs. Ridder transferred to serve at another elementary school and Sara Hammill transferred to serve as principal at JWES.

ABOUT DR. JOHN WAYLAND (THE MAN)

In 1872 John Walter Wayland was born in Woodlawn in Shenandoah County, Virginia. He graduated from Bridgewater College in 1899 and in 1907 he received a Ph.D. from the University of Virginia in Charlottesville, Virginia.

Dr. Wayland was one of the first faculty members at the State Normal School in Harrisonburg, Virginia which later became Madison College and is presently James Madison University. He taught there until 1931 and also taught at various times at Bridgewater College, University of Virginia and University of Tennessee. He taught History and Social Science and was head of the department while at the State Normal School.

During his lifetime, Dr. Wayland published about thirty books including A History of Rockingham County, How to Teach American History and A History of Virginia for Boys and Girls. Besides authorship of books, he wrote the lyrics to the song “Old Virginia”, set to music by Will H. Ruebush.

Click HERE for a virtual tour through the hallways of JWES.

Back to JWES Home
Embed code is for website/blog and not email. To embed your newsletter in a Mass Notification System, click HERE to see how or reach out to support@smore.com
close
Powered by Smore
Powered by Smore