Similar to last school year we are adopting the #FinishStrong! This means as a school we are going to focus on practices have been successful for our students. These include focusing on practices and programs that are going well, like:

This list could go on for a while because as we discussed at our Instructional Leadership Team meeting, there are a lot of positives happening at GC.

In order to #FinishStrong! we need to stay focused on the positive practices and programs that got us this far; adjusting as necessary. The last pieces of #FinishStrong! that I want to emphasize is communication and collaboration. All of the things I mentioned can only continue to be successful if we communicate and collaborate with each other. We learned a tool to assist us with communication - Mindful Inquiry. Use this tool, no one is perfect, but the effort made with Mindful Inquiry shows the person that you investing time and energy to communicate with them; there voice is important and you are making room for their voice.

Stay positive, focused, communicate, and collaborate. Use the practices and programs we know are working; If we do I know we will #FinishStrong!

Students of Character Lunch with Principal

I have blocked off a few days for Students of Character lunch with me. They are:

Please connect with Donna to let me know what day your students/grade level would like lunch with me. I am treating all to Happy Meals so please get orders (no pop -milk only) to Donna by 11:00am on day your grade level picks. I will bring the lunches to the Dolphin Cafe!

Over the next two months the ILT will be looking at following 16-17 planning items:

School Wide Scheduling, Conference Schedule, Curriculum Night (Open House), Collaborative Time (new per contract), Advancement Via Individual Determination, Lunch/Recess Plan, and Guided Reading. If you have any insights in these areas please share them with your ILT lead.

Over the last week I have been processing the Jamar Clark ruling, along with other rulings across the Nation, that have impacted communities of color, but particularly the Black community. I have processed the Jamar Clark ruling from the many perspectives; North Minneapolis resident, school leader, father of three Black boys, spouse, and of course as a Black man.

As I wrote this article I listened to Janelle Monae featuring artist from Wondaland Records singing/shouting/rapping a protest anthem entitled “Hell You Talmbout!” It is a powerful song of protest. The song runs down a list of victims of police brutality - from Emmett Till to Sandra Bland. Please take a moment to listen to this powerful protest anthem. It is powerful and demands that we NOT forget these individual experienced at the hands of police.

Part One - My PLI

I am not going to argue the evidence of the case. I am going to share my PERSONAL, LOCAL, AND IMMEDIATE (PLI) on how Jamar Clark and the stories of those named in the song impact me. Finally I will make connections to our racial equity work at Garden City.

I start with these questions:

These are questions that I frequently here in defense of actions taken against these Black men and women. Often followed by the statement, “only if they had done what the officers asked them to do they would be alive today”.

Based on my experiences, as a Black man, when confronted by White police officers there are moments of panic, anger, frustration, defiance, and pain coming at you all at once. To help you understand another perspective I want to share with you an experience I had with Minneapolis Police in my youth.

When I was 19 or 20 I was pulled over for driving in Northeast Minneapolis, at that time, it was the wrong part of the city for a Black man to be driving in NE Mpls at night with a White woman (my future wife) and her disheveled mentally ill uncle. Panic and frustration set in, as I knew in the moment the lights came on I knew that anything could happen to me. I was feeling panic because how did I let this happen and how should I respond? The next emotion was anger. This officer had no right to pull me over after all I wasn’t doing anything wrong. I showed my ID but my title and insurance were in my trunk. The officer asked to me step out of my car and open the trunk (should I step out? Is this a set up?). How was it escalating to this? When I opened the trunk a search ensued. While I knew nothing illegal was in there, I was still afraid. I was scared and seething but I obliged, because I knew refusal had potential physical consequences for me and possibly those with me. (Side note - Among my Black friends, cops that patrolled Minneapolis, particularly NE Minneapolis, had a reputation of not arresting you but taking you down by the river for a beating; sending a clear message about your status as a Black man in Minneapolis and what part of the city you needed to stay).

For a moment I considered not cooperating as I was not in the wrong. That moment left me quickly. One officer searched the trunk, while the other officer asked my future wife if everything was alright, multiple times. I stuffed the anger deep down inside me; I did not confront the officers, I did not run and I did not refuse to leave the car. I did ask questions but quickly stopped when I saw hand on the gun. I did suppress my anger and my humiliation - “I too am America!” aren't I?

In that police stop and search, all of the transgressions that I had experienced in my young life welled up in me; remembering the first time I was called a nigger, remembering one of my White middle school teachers accusing me of being high because my eyes were red and swollen, remembering being blatantly followed at a convenience store in Buffalo Minnesota that my church youth group leader thought was friendly place to fill up on snacks, remembering the isolation of being one of only a few Black students at Johnson Elementary school in Iowa. The pain of the past can be consuming. In that moment, with those officers, who stopped me for doing nothing wrong except Driving While Black in a predominantly white NE Minneapolis neighborhood. I was infuriated but at the same time felt helpless.

Emmett Till, won't you say his name?

To this day, in my interactions with police, I take nothing for granted. I know how quickly things can escalate – 61 seconds. That is all it took for another Black life to be lost at the hands of police.

Moving through the Compass: From Feeling to Action

So how does this connect with our racial equity work at Garden City? I have seen first hand how in less than 60 seconds power struggles can happen between a 1st grader and a principal. I know that standing in power, is not best practice. It does not sustain positive relationships, does not teach or change behavior, and does not create opportunity for student success. I know that as the end of the school year approaches we may resort to practices that present the quickest path to ease the moment. We may win a short reprieve from the issues/concerns but we do not have sustained solutions.

As elementary educators we have the opportunity to create a new paradigm for our students, families, and each other. This starts by committing to interrupt patterns of adult behavior that is solely based upon assumptions about what we think we know about our students, their families, their race and culture. We need to interrupt when we see decisions and actions being taken that are solely based on the traditions of white privilege and power. In order to do that we must acknowledge that white privilege is alive and well in our school. In order deeply engage our students, families, and each other we have to ask why, multiple times over, to each other but most importantly to ourselves. We must gain a deeper level of consciousness with our racial equity work so it will begin to show up in our everyday practice (teacher, ESP, and Principal).

We can also commit to intentionally creating opportunities for students to share their personal, local, and immediate. Making GC a safe place for students to put their voice in the classroom space; challenging the status quo, expressing themselves, and sharing their lived experiences with you and their peers. We can create these opportunities during morning meeting, moments of transitions, lunch bunch, Affinity groups, and throughout the day for students. We don't need to have the answers but we need provide opportunity and a safe space for student voices in our school and classrooms.

Collectively I know we can build upon the great things happening here at GC. This is my personal local and immediate AND this is my commitment to action! 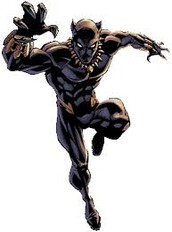