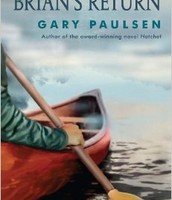 The genre of this book would be fiction. I would rate this book a four because it talks a lot about the nature. That's a good reason why I decided to read the book because it was about nature and that's what I like. The book kind of caught my eye once I saw the title page and that picture. I started to read it, but then I found out that the author was, "Gary Paulsen." He is a very good author for the kids in my class and his books are very exciting. 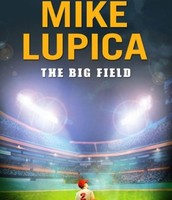 The genre of this book would be fiction. I would rate this book a 3 because it was kind of a good book. I didn't like it at first and then it got better. At the beggining it wasn't very good because all they were talking about was the kids practicing baseball. The games started at the end when they won the National Championship. I like sports but only if they're exciting. 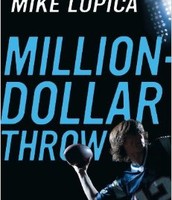 This books genre is non-fiction because it's based on a true story. I would definantely rate this book a 5. I would rate this book a 5 because I like to read about football. This book also was a book that was written by my favorite author, "Mike Lupica." The book had very exciting parts in it. At the end was the best though when he won all the money and gave it to his blind sister to solve her cure. Nate also got to shake Tom Brady's hand right before he threw the ball for a million dollars. 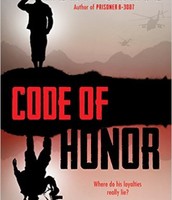 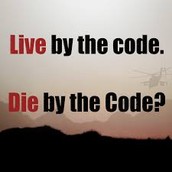 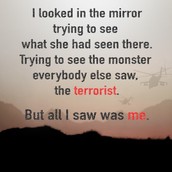 Code Of Honor, By: Alan Gratz

This books genre is non-fiction. I would also rate this a 5 because it was interesting and another friend passed it down to me and said it was good. I read the book and it was a really interesting book and I would definantely reread it if I had to. My favorite part was when the cops were chasing Darius's brother threw the jail while he was trying to save Darius from going into war.

I've also improved on my active reader strategies. I'm pretty sure that the sentence fluency has gone up. I can read way more fluent. Last year I use to studder just a little bit but then once this year came it's gotten better.

There's six sentence strategies that I know I use. The one that I use most would probably be visualize. Visualizing on something is making it so that I can understand what I read. If I visualize something the book would come clearer to me. Last year I didn't do very good on comprehending the story back to the teacher. I will have to work on that.

At the end of the year I finished with four books. Out of those four books they've all been books that are either sports or stuff I like to do outside. My favorite book that I read would've been the, "Million Dollar Throw." I liked that book because of the action. The action in that book was always exciting and never really had any boring parts in it. My favorite part was when Nate got to throw the football for a million dollars and got it. He also shook his favorite players hand, "Tom Brady." This year has been fun picking out and reading the exciting books.

Our environment needs to stop with the video games. We have a library for a reason, to have kids go and enjoy books that they like to read. The kids will be smarter and will always know more about the world and their future jobs. If you're going to be a farmer, you will need to learn how to operate machinery, that means you'll have to read. All the jobs nowadays involve reading; some people think it's just another thing but it's not.

I like to read because it's quiet, and you will always be relaxed. I like to pick the books that I want to read most of the time it would be about sports. Some kids will pick what kind of author they like. The author that I like is, Mike Lupica. He does a lot of sports books, personally my favorite one would be, "Million Dollar Throw." Everyone who reads will have a favorite author, and if you have a favorite author then they will probably read more.

Our schools kids need to know that we will have to read to have a job. Our whole life will depend on if you know how to read or if you don't. Some kids nowadays like the video games but that's bad for you. I also know that every town that's local will have a library to go to, if you can't find a book that's where to go. I know that you'll find a good book that'll fit you.

If I was a parent of a kid who just sat and played video games, I would go unplug it and tell him to go outside or even read a book. The best way though to get a kid to read would probably buy some books and let him read to you every night. Then once, he gets into the groove of that I think it'll be a habit. He will read more to your which will be awesome as a parent instead of watching him dominate in, "Call of Duty."

Some people will say to read a book that they've read in their history. When I was in ELA, my friend said to read this book. I took his word, and I read the book. It was a good book to read, then after that you'll pass it down to another good friend. That book trait will just keep going; that's the types of books that you know are good. If I was a teacher that's what I would do is point out a phew books to the kids if they can't find one.

The president will have to try to get them reading by taking away video games. The president could go to their house and unplug the system and tell them to get to the library. Once they get there, then they can pick a book. There's a lot of books to pick from. In the library, I go to has a computer to play on and a puzzle to work on and help the staff.

I hope you guys who read this will take some advise and do what I say. It'll really help you guys out in the long run. You'll always be able to read whenever so take it and it'll help.