Abera is using Smore newsletters to spread the word online.

Get email updates from Abera:

Why to East Africa ? more than ten reason ask the specialist

Why to East Africa ? more than ten reason ask the specialist 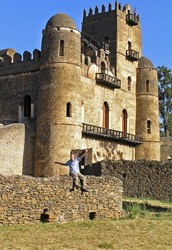 We are specialized in Ethiopian tourism ,count on us we are your consultant and resource

Ethiopia is one of the oldest countries in the world. In the long and disturbed history of the African continent, Ethiopia remains the only country which has never been colonized. Ethiopia was a founding member of the UN and is home to the African Union's headquarters. The Old Testament of the Bible records the Queen of Sheba's visit to Jerusalem.The ark of the covenant is in the country ,

In fact, historians believe that Ethiopia may well be the beginning of mankind. The fossils of the oldest living mankind or "Lucy" was discovered in the the northern section of Ethiopia. The remains of the fossil are said to be 3.5 million years old.

The natural beauty, with high mountains, lakes, waterfalls as well as arid deserts are among the natural attractions of Ethiopia. The tribes dance ,food culture attract the western a lot .

Highlights in Ethiopia include the towns of Axum, Gondar, Harar, as well as the rock churches of Lalibela. Rafting on the Omo River is spectacular too.

From Ethiopia to Kenya overland join us for this tour program 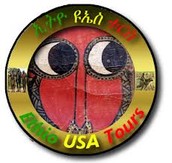 Abera is using Smore newsletters to spread the word online.