Sarina is using Smore newsletters to spread the word online.

Get email updates from Sarina: 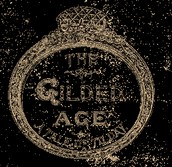 1. To cover with or as if with a thin layer of gold.

2. To give an often deceptively attractive or improved appearance to.

This term applies to the era because it involved cheap commercialization fakery, gold, wealth, and power that was often covered up by government officials cheating their way in to gain money for their own economic interests. Changing their appearance of their political views swaying voters to essentially vote on their own agenda.

The election of 1868 consisted of two major candidate Ulysses S. Grant and Horatio Seymour. Grant was representing the Republican Party which had a political platform with the idea a continued Reconstruction of the South but in Grant’s eyes he stood for “just having peace” . However the democrats whose political platform called for the “Ohio Idea,” which called for a redemption in greenbacks. However, Horatio refused the idea causing the Republicans to enthusiastically cheered “Waving the bloody shirt” which revived memories of the Civil War. Grant won the election with 214 electoral votes and got majority of them from slaves. 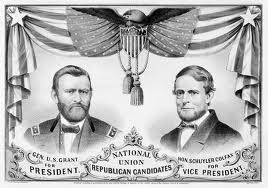 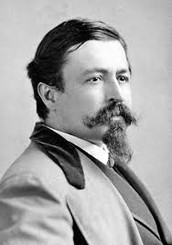 The corruption that existed during the Gilded Age was because of the rapid growth in business by making money both legally and illegally. The government was having a difficult time keeping pace as a result businesses were reluctant to advocate government interference. The businessman did not want to disrupt progress made. A common example is William Marcy Tweed, commonly known as “Boss Tweed” who resided at Tammany Hall a political machine of the late 1860s and early 1870s which used graft, bribery, and rigged elections to the cheat the city of New York over $200 million. Some of this money went to create public jobs that helped people and supported the local economy. Some went into constructing public buildings at hugely inflated expense thus lining the pockets of building contractors and suppliers of materials but ultimately led to business corruption with kickbacks. However, Tweed eventually did get caught by Thomas Nast a political cartoonist who revealed Tweed’s actions with the backing of sufficient published evidence from the New York TImes. 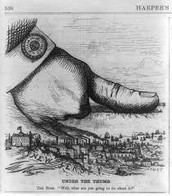 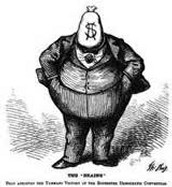 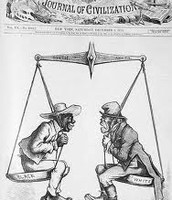 The compromise of 1877 was instituted to break the long and dangerous electoral standoff of the election of 1876. Under the compromise Republican Hayes would withdraw the federal troops from the south (Louisiana and South Carolina), support a bill subsidizing Texas and the Pacific Railroad's Construction, and overall end the Reconstruction era. The democrats permitted Hayes under the settlement and officially sworn Hays into office. The compromise brought peace but in the making violence did occur resulting in black freedmen in the south to sacrifice because of the high tension and controversy prior to the Compromise. 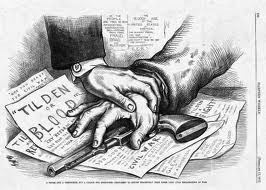 Sarina is using Smore newsletters to spread the word online.