'The musical achievements of the 1920s must be seen in the light of the hard living conditions that Black people endured. Lynching claimed over 100 victims a year between 1910 and 1919, and these official annual figures document only the reported terrorist murders. But by 1920 reported atrocities were down to sixty-five and had been further reduced to eighteen by 1927.
Before the Jazz Age it was dangerous in most Southern towns for a Black to be seen walking fast, or talking loudly, let alone trying to make a reasonable contract for a musical performance. These dangers were a prime reason that musicians of this period poured into those oases of opportunity, New Orleans and Memphis. The decline in lynchings, beatings, cross-burnings and the like helped facilitate the Jazz Age by improving working conditions for musicians, especially in the South.

Harrowing accounts of the life of a Black musician travelling the South in the decades before the Jazz Age are plentifully provided in W. C. Handy's autobiography. On one occasion in Alabama, Handy and his touring band were ordered to accompany a menacing fellow to a murder trial. Handy's uniformed band was marched into the courtroom. They were told that they should play 'Dixie' as soon as the judge announced the acquittal of the threatening fellow's brother. The trial proceeded. The judge indeed ruled for the defence. And Handy and the band immediately obliged by filling the courtroom with the sounds of 'Dixie'.

Then came the bloody and fiery Tulsa riot, the last of the nearly three dozen White mob invasions of Black communities which occurred between 1917 and 1921. These riots typically began on such pretexts as a White person being jostled in a streetcar, Or a black appearing in the 'wrong part' of a public beach. In this regard the Tulsa riot began routinely enough: a Black was arrested for allegedly bothering a White woman in an elevator. A White mob headed for the jail in the hope of lynching the alleged culprit.

Frustrated by the barricades, the enraged Whites hired aeroplanes and loaded the planes with dynamite and petrol bombs, which were dropped into the Black community from the air. Fires raged. The Black defenders fell back to try and save their homes from fire. The White mobs breached the barricades and headed for a Black church, which they torched. When Blacks inside ran out they were gunned down. The Dreamland Theatre went up in flames. Mitchell's jazz Repertory Company fled for their lives, leaving behind their costumes and wardrobe and all their personal possessions except what they were wearing on their backs. The theatre was then burned to the ground. According to the Chicago Whip, Williams's Dreamland was located 'close to a white theatre ... [and] it was said to be picked as one of the first targets because it materially reduced the white theatre's patronage'. 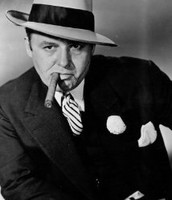