noa is using Smore newsletters to spread the word online.

Get email updates from noa:

This is a srory about Rachel. Her dream is racing huskies one day , just like her own father.

The story is about a nine years old girl, who lives in Alaska. Her father has a special hobby - dog sled races.

Rachels father has 48 Siberian Husky dogs , the leader of them called Ruff.

Ruff doesn't race because she's expecting puppies in the near future.

Rachel and her parents are going to Anchorage to see her dad racing.
Rachels dad won the second place! That was the best spot he had ever arrived at the Rondy races.

After her father whinning, Rachel realizes that when she grow up she would like to be just like her father - so she asks him if she could have one of Ruff's puppies when they will born. He tells her that he will think about it because her puppies are too valuable to give away.

Ruff had five puppies , Rachels dad decides to give her one of the puppies - the runt of the litter. She decides to call it Silver. Silver had one blue eye and one brown eye. He had soft, downy fur like the color of shiny coins.

Ruff and her puppies were out in a shed , so Rachel visited Silver Several times a day.

Rachel didn't mind that her puppy was small. She gave him extra food and told him stories about all the famous dog races.

Rachel dad left for Anchorage for the start of the Iditarod so she gave extra care and food to silver. He began to catch up to the other puppies. Rachel was scared thar her father would take Silver back.

Rachels dad had come in third place! All that Rachel wanted was to tell that to Silver.

when she got to the shed she saw that the door was open. She forgot to latch it in that morning. Ruff was yelping wildly and straining on her leash. Rachel counted only four puppies. Silver was missing. Rachel ran outside.
There where large tracks on the land sort of like dog tracks. she hurried along in the direction the tracks took.

The tracks lead her to a big old spruce tree. At the base of the tree she found a cave , she got into the cave and she saw Silver with wolf puppies. She scooped him up in her arms ,put him inside her jacket.

Rachel started to run in the hope that it the right way to her home , she was so tired she couldn't think she could take another step.

Suddenly Silver begam to whine , there was an answering whine , it was Ruff. She had heard them! Silver jumped out of her arms and started to running , Rachel started to see the lights from her house , she ran toward her house and her mom.

Rachels dad had back home and told the story of his race to everyone.

Later that night Silver and Rachels parents and her set near the fireplace.

Rachel dad asked - "did anything happen here while I was gone ?"

Rachel said - "A wolf stole silver , but I got him back".

He answared - "she probably stole silver away to take the place of her own dead pup."

Dad looked really impressed from Silver - "I was wrong about Silver , he has the same wolf courage Ruff has. He'll make a fine lead dog.

That night Rachel dreamed that she was racing with Silver as lead dog , they overtook everyone and run as fast as the wind.

Rachel - The main character , she wants to be like her father and racing huskies dogs.

she get a puppy and take care of him and tell him everything , they experienced adventurs togeder. She loves her family.

Silver - Rachel new puppy , he born runt but at the time he started to get stronger , he was Rachels best friend.

Rachels dad - His hobby is to race wirh his dogs , he has 48 dogs and love to racing.

Rachel mom - She has A hair salon and loves to make spaciel food to the dogs , she think that the races are dangerous but she support her husband.

different ending of the story

I thing that the end should be like that :

Rachel started to train Silver , it took a lot of time but she did it!

Silver was a great lead dog and he am Rachel have won races togeder.

my opinion on the book

I loved to read the book , the plot was interesting.

I also love animals , so it's always nice to read about them.

I think that Rachel has a very spaciel family and it will be nice to try to live the way she and her family lives.

I enjoy to read that book , and I would read it again!

The Siberian Husky and the sled 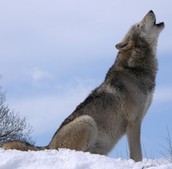 A Siberian Husky in the snow

noa is using Smore newsletters to spread the word online.

Follow noa menashe
Contact noa menashe
Embed code is for website/blog and not email. To embed your newsletter in a Mass Notification System, click HERE to see how or reach out to support@smore.com