By: Jamesia Harris and Julie Jackson

By: Jamesia Harris and Julie Jackson

In 2013 the Cuban population was recorded as 11.27 million people. Cuba us west of the Northern Atlantic ocean and east of the gulf of mexico. The island has many mountains in the south east. it is either flat or rolling in other areas.

Cuban music is always happy and upbeat. Many sources say that you can hear music almost everywhere you go. We have also seen photographs of the Cuban beaches. The beaches in Cuba are absolutely beautiful! You can get beans and rice at any mexican restaurant but, the beans and rice cooked in Cuba are cooked in a pot together. i hear it's absoultey delicious. There are slao lots of old towns and streets that are interesting to tourists.

The flag was designed by Cirlo Villaverde and Juan Manuel Macias. The one star on the flag was meant to represent the freedom of Cuba 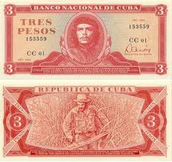 Cuba is a communist country, led by Raul Castro. Raul believes in the freedom of Cuba as did his founding fathers. He wishes to have good relations with the Americans. 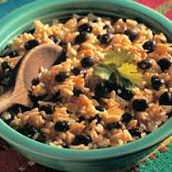 Cubans are known for there, black beans and rice. When these are cooked together the recipe is called "congiri". Cuban food is a combination of Native american, Spanish,African and Caribbean. The tropical climate provides fruit and veggies. Deserts like guava served in candy syrup with cinnamon are commonly known in Cuba.