Materials for all grade levels

Materials for all grade levels

New Battle of the Books Materials

Funny Bones tells the story of how the amusing calaveras—skeletons performing various everyday or festive activities—came to be. They are the creation of Mexican artist José Guadalupe (Lupe) Posada (1852–1913). In a country that was not known for freedom of speech, he first drew political cartoons, much to the amusement of the local population but not the politicians. He continued to draw cartoons throughout much of his life, but he is best known today for his calavera drawings. They have become synonymous with Mexico’s Día de los Muertos (Day of the Dead) festival. Juxtaposing his own art with that of Lupe’s, author Duncan Tonatiuh brings to light the remarkable life and work of a man whose art is beloved by many but whose name has remained in obscurity.

For shy young Peter Mark Roget, books were the best companions -- and it wasn’t long before Peter began writing his own book. But he didn’t write stories; he wrote lists. Peter took his love for words and turned it to organizing ideas and finding exactly the right word to express just what he thought. His lists grew and grew, eventually turning into one of the most important reference books of all time. Readers of all ages will marvel at Roget’s life, depicted through lyrical text and brilliantly detailed illustrations. This elegant book celebrates the joy of learning and the power of words.

For eleven year-old Hugo Ballard, flying on the Hindenburg is a dream come true. Hugo, his parents, and his four-year-old sister Gertie, are making the thrilling four thousand mile journey across the Atlantic in a zeppelin as big as the Titanic. But as the zeppelin gets ready to land, a blast rocks the Hindenburg and fire consumes the ship. The entire disaster lasts a mere thirty-two seconds, but in those few seconds, Hugo finds himself separated from his family and in a desperate race to escape the flames. The Hindenburg is doomed. And so, it seems, is Hugo. Will he survive this historic disaster?

When the Berlin Wall went up, Gerta, her mother, and her brother Fritz were trapped on the eastern side where they were living, while her father, and her other brother Dominic were in the West--four years later, now twelve, Gerta sees her father on a viewing platform on the western side and realizes he wants her to risk her life trying to tunnel to freedom.

Provides an account of the yellow fever epidemic that swept through Philadelphia in 1793, discussing the chaos that erupted when people began evacuating in droves, leaving the city without government, goods, or services, and examining efforts by physicians, the Free African Society, and others to cure and care for the sick.

When a skeleton's head rolled off a dirt pile, all work came to a halt at a construction project in upstate New York. Archaeologists began excavating and found thirteen skeletons. Further investigation revealed that the bones were those of eighteenth-century African American slaves who had worked at the nearby Schuyler farm. Find out what these skeletons tell us about slavery and daily life long ago.

It is a very short list of 20th-century American plays that continue to have the same power and impact as when they first appeared—57 years after its Broadway premiere, Tennessee Williams' A Streetcar Named Desire is one of those plays. The story famously recounts how the faded and promiscuous Blanche DuBois is pushed over the edge by her sexy and brutal brother-in-law, Stanley Kowalski. Streetcar launched the careers of Marlon Brando, Jessica Tandy, Kim Hunter and Karl Malden, and solidified the position of Tennessee Williams as one of the most important young playwrights of his generation, as well as that of Elia Kazan as the greatest American stage director of the '40s and '50s.

Theodore Finch is fascinated by death, and he constantly thinks of ways he might kill himself. But each time, something good, no matter how small, stops him. Violet Markey lives for the future, counting the days until graduation, when she can escape her Indiana town and her aching grief in the wake of her sister’s recent death. When Finch and Violet meet on the ledge of the bell tower at school, it’s unclear who saves whom. And when they pair up on a project to discover the “natural wonders” of their state, both Finch and Violet make more important discoveries: It’s only with Violet that Finch can be himself—a weird, funny, live-out-loud guy who’s not such a freak after all. And it’s only with Finch that Violet can forget to count away the days and start living them. But as Violet’s world grows, Finch’s begins to shrink.

The violinist's thumb : and other lost tales of love, war, and genius, as written by our genetic code (350598)

From New York Times bestselling author Sam Kean comes incredible stories of science, history, language, and music, as told by our own DNA. There are genes to explain crazy cat ladies, why other people have no fingerprints, and why some people survive nuclear bombs. Genes illuminate everything from JFK's bronze skin (it wasn't a tan) to Einstein's genius. They prove that Neanderthals and humans bred thousands of years more recently than any of us would feel comfortable thinking. They can even allow some people, because of the exceptional flexibility of their thumbs and fingers, to become truly singular violinists.

World War II is drawing to a close in East Prussia and thousands of refugees are on a desperate trek toward freedom, many with something to hide. Among them are Joana, Emilia, and Florian, whose paths converge en route to the ship that promises salvation, the Wilhelm Gustloff. Forced by circumstance to unite, the three find their strength, courage, and trust in each other tested with each step closer to safety. Just when it seems freedom is within their grasp, tragedy strikes. Not country, nor culture, nor status matter as all ten thousand people—adults and children alike—aboard must fight for the same thing: survival.

Sara Wharton is a bully. But not, she insists, a murderer. However, Emma Putnam has committed suicide; she was literally bullied to death, and Sara has been criminally charged. Sara, though, blames Emma, who, she acidly thinks, got off easy. Self-pitying and not a bit sorry, she is a classic anti-heroine . . . or is she? As the story moves back and forth in time, before and after the suicide, a fuller portrait emerges as Sara’s first-person voice reveals essential details. Perhaps she might, in the end, come to terms with her actions and even find redemption. First-time novelist Maciel has done an exemplary job of giving readers a multidimensional portrait of a bully that is psychologically acute and emotionally resonant. Readers may not like Sara, but they will come to empathize with her as she discovers the meaning of remorse.

Marie-Laure lives with her father in Paris near the Museum of Natural History, where he works as the master of its thousands of locks. When she is six, Marie-Laure goes blind and her father builds a perfect miniature of their neighborhood so she can memorize it by touch and navigate her way home. When she is twelve, the Nazis occupy Paris and father and daughter flee to the walled citadel of Saint-Malo, where Marie-Laure’s reclusive great-uncle lives in a tall house by the sea. With them they carry what might be the museum’s most valuable and dangerous jewel. In a mining town in Germany, the orphan Werner grows up with his younger sister, enchanted by a crude radio they find. Werner becomes an expert at building and fixing these crucial new instruments, a talent that wins him a place at a brutal academy for Hitler Youth, then a special assignment to track the resistance.

The MultiMedia library is open 7:30am-3:30pm Monday-Friday. Please call or email us if you have any problems or requests!
27 Gick Road, Saratoga Springs, NY, United States abehan@wswheboces.org 518-581-3730 wswheboces.org/SSS.cfm?subpage=152bpage=152 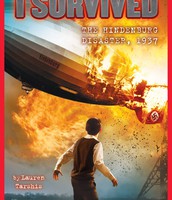 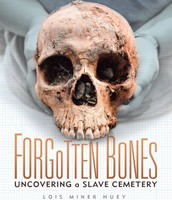 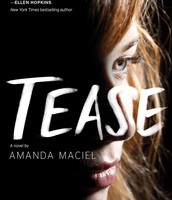