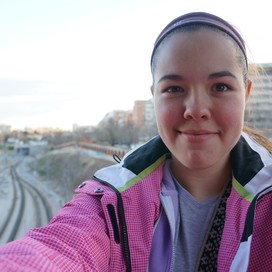 Brennan is using Smore newsletters to spread the word online.

Get email updates from Brennan:

The Canadian Association of

The Canadian Association of

"Theatre, as an art form, is one of the most expressive means of education and communication. However, the ability to participate in a wide variety of theatre is often limited by the availability of venues, money, and audiences. The North American Fringe circuit overcomes these barriers by providing artists and the audiences a theatrical experience like no other in the world on an unjuried, first-come, first served or lottery basis." -http://canadianfringefestivals.wordpress.com/about/

Fringe theatre is the most democratic and accessible theatre in the world.Also, the Canadian and international Fringe circuit is keeping many artists working all year round on a theatrical product which they have often created and wish to keep alive.

The first Fringe in Canada was the Edmonton Fringe Festival in 1982. Hoping to provide a direct link between theatre artists and their audiences the festival adapted a simple formula that was created by the Edinburgh Fringe Festival over 50 years ago. This was a huge success and soon led to the creation of Fringe Festivals right across Canada, with each festival having their own unique and distinctive "flavour" yet all dedicated to the Fringe philosophy of accessible, inexpensive and fun theatre-going.

In 1990 numerous Fringe producers began to meet annually with their national counterparts to talk about their respective Fringe festivals, swap ideas, and to share resources. As the years went by there was growing concern that the original ideals and principles were not being followed. In order to preserve these “Fringe” ideals and principles some producers came together to form the Canadian Association of Fringe Festivals and created the four guiding CAFF principles that are still in place today:

On September 26, 1994 the Canadian Association of Fringe Festivals was officially registered as a non-profit organization with the following mandate:

In 1998 CAFF successfully applied to have the terms “Fringe” and “Fringe Festival” trademarked in Canada to make sure these guidelines would be followed.

Since the Edmonton Fringe began back 1982, the Fringe phenomenon has spread across Canada and the United States. There are now 23 members of The Canadian Association of Fringe Festivals (CAFF) including six members in The United States.

Canada now enjoys more Fringe Festivals than any other country in the world and each Festival is a leader in the development of theatre artists and audiences in their community. The “Canadian Fringe Model” and the North American Fringe Touring Circuit are also considered by many national and international artists to be the most unique of its kind as no other country provides such a network of festivals where this type of support is offered.

For the artists, the Fringe provides an unequaled opportunity to bring to light new and innovative works or rarely staged classics. It is also a forum for local artists to mingle and exchange ideas with members of the national and international theatre community. For many groups, the Fringe has brought overnight success with productions being scouted and remounted by numerous established companies such as Mirvish Production, The World Stage Festival, Magnetic North, and the High Performance Rodeo. Fringe artists have also gone on to win numerous prestigious awards such as the Chalmers Award and the Governor General’s Award for Theatre.

For the audience, the Fringe is a unique and exciting menagerie of drama, comedy, musical theatre, clown, and multi-media works…a place of discovery and invention. Fringe audiences also have the unique opportunity to interact with Fringe artists and to share their thoughts about the performances while on the festival site. It is the audiences’ positive word of mouth that has many a time led to productions enjoying sold-out runs at Fringe Festivals across North America.

In 2009 alone, CAFF member festivals featured over 1700 independent theatre productions, had a ticketed attendance of more than 400,000, and returned over $2.8 million dollars in box office revenue to the artists (based on data from 18 festivals.)

"The Fringe has become the essence of theatrical development in Canada and abroad. It is also becoming clear that Fringe Festivals are serving as alternative or experimental festivals for works which, outside of Toronto, would never be performed. There is a higher quota of Gay and Lesbian works in an average Fringe than there is in an average city’s theatre season." -http://canadianfringefestivals.wordpress.com/

This year, the Winnipeg Fringe will host more than 160 companies from acrosss Canada and around the world who will bring amazing plays to enthusiastic and adventurous audiences. Indoor shows take place daily from noon to midnight in 26 venues around downtown. You could see many different kinds of shows, from comedy, to drama, or musicals, dance, improv...and so many more unique and original productions that don't fit into any category.

The Fringe also takes over Old Market Square in the Exchange District during the festival. During the day, KIDS FRINGE offers live entertainment and hands-on activities for children and their families. And the Outdoor Stage buzzes with music, street performers and other incredible entertainment from noon to midnight every day. You can also find shopping, refreshments and people watching!

The Winnipeg Fringe Theatre Festival has enjoyed tremendous growth since it was founded as part of the Royal Manitoba Theatre Centre in 1988. It currently ranks as the second-largest event of its kind in North America and every year the Winnipeg Fringe Festival welcomes over 150 companies from all over the world to present exciting independent theatre to appreciative audiences.

The Winnipeg Fringe is based on the same principles as every other fringe festival. principles: 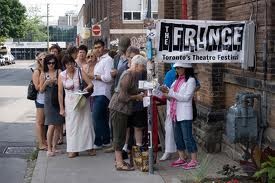 Brennan is using Smore newsletters to spread the word online.

Follow Brennan Agar
Contact Brennan Agar
Embed code is for website/blog and not email. To embed your newsletter in a Mass Notification System, click HERE to see how or reach out to support@smore.com
close