Who, what, how, and everything in between

Who, what, how, and everything in between

What was the cold war?

The cold war was a period of tension between the United States and the Soviet Union following World War II.

The Marshall Plan - This helped western Europe to rebuild their economies after WWII. The United States gave around $13 billion to help them.

NATO - Short for North Atlantic Treaty Organization, NATO is an alliance of countries including Europe and the United States. This agreement says that in a time of war, the other countries will send aid and help in any way they can.

Berlin Airlift - This was an effort by the U.S. and its allies to bring food to people in Europe by air; in a way, this was to show the Soviet Union (who thought closing all roads and canals would drive people out of their cities) that they would find a way to work around them and eventually defeat the Soviet Union.

During the Cold War...

Containment - This was Truman's first major policy of the war and its aim was to slow and terminate the spread of communism.

Iron Curtain - The Iron Curtain was the invisible barrier dividing the Soviet Union from NATO (North Atlantic Treaty Organization) from the end of WWII to the end of the cold war.

Truman Doctrine - Truman created a contract that would provide political, military, and economic help to democratic nations under threat from opposing nations. This reestablished U.S. Foreign Policy during the war.

Eisenhower Doctrine - Eisenhower promised U.S. military aid to countries fighting against communism. Intended as a check on communism in the middle east, it helped many Middle Eastern countries during the war.

Brinkmanship - This was a tactic in which one side would reach the brink of war as a means to get the other side to surrender. This deterred nuclear war between the two, but worsened the relationship of the Soviet Union and the U.S.

In Addition to the War...

Korean War - The North invasion of South Korea was the first military action to take place during the Cold War. The Korean War started on June 25, 1950.

McCarthyism - Joseph McCarthy was a senator who remains infamous for accusing many people of being undercover spies for the communist party. Often referred to as the red scare, so many citizens were terrified of the power McCarthy had acquired that they made no attempt to stop him.

Space Race - The Space race was a competition between the U.S. and the Soviet Union to create better space exploration capabilities.

U-2 Incident - On May 1, 1960, an American U-2 spy plane was shot down above Soviet land. The incident was a great embarrassment to the States, as they could not cover up that they had been spying. This accident ruined many relationships the two countries had with each other.

Cuban Missile Crisis - Many nuclear missiles were installed in Cuba by the Soviet Union. President Kennedy said that he was prepared to use military force if needed to disperse the threat. However, the Soviet leader agreed to diffuse the missiles if the U.S. did not invade Cuba.

Bay of Pigs Invasion - On January 1, 1959, Fidel Castro marched his army into Havana, Cuba and overthrew the president. The CIA tried for years to take away Castro's power, but to no avail. After 24 hours, an army of 1,400 Cuban-American soldiers surrendered to him. 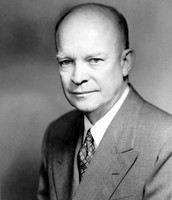 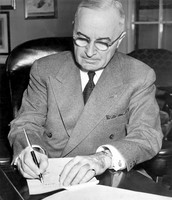 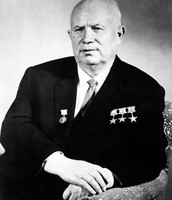 Follow Tori Hrasky
Contact Tori Hrasky
Embed code is for website/blog and not email. To embed your newsletter in your email, click HERE to see how or reach out to support@smore.com