Ringing in the new year is a time honored tradition celebrating the promise of good fortune and opportunity ahead. As we ring in 2018, I reflect on the great fortune we have in the Center Joint Unified School District. We have a wealth of teachers, instructional staff and support staff committed to the academic, social and emotional growth of all students. I am proud of the achievement of our students from the kindergartener learning to read to the high school senior planning the next chapter in his life. I am excited about the opportunities that are ahead for our students, staff and families in the Antelope community and I look forward to sharing those with you.

We are very proud of the efforts made by sites throughout our district to make the holidays a little brighter for those who are in need. McClellan High School staff teamed up with the Lion’s Club to provide 10 local families with Thanksgiving dinner. Together, MHS Staff and the Lion’s Club made Christmas a little brighter for 5 deserving students with the gift of a $100 Walmart gift card. They were also able to provide Christmas dinner to 4 families. Oak Hill and North Country participated in the KCRA Kids Can Food Drive. Oak Hill collected 1,388 cans and North Country collected over 1,700. North Country Elementary supported the 3rd Annual toy drive for Shriner's Hospital for Children. Because of generous donations, the North Country collection box was overflowing with toys for some very deserving children. Dudley held a canned food drive to support the community pantry housed at Riles Middle School, donating over 1,600 canned and boxed goods to support families in need. Dudley also held a held a hat, scarf, mitten, glove, and sock drive to support the WellSpace Health Center in North Highlands, donating over 300 items to keep families warm this winter. Spinelli Elementary held a holiday social where parents and children made holiday crafts and enjoyed hot chocolate and cookies together. Center High School Student Government and Leadership ran a Canned Food Drive collecting 700 food items, provided Christmas for 1 entire family and 6 CHS students through the Dear Santa program. Through the Operation Santa program, CHS Student Government and Leadership students brought gifts, craft projects and treats to deserving students at Dudley and Spinelli Elementary schools. The efforts of the Center District staff and students demonstrate amazing compassion and the spirit of giving.

Congratulations to the following CJUSD Board Members who were voted into new roles at the December Board Meeting. Nancy Anderson will serve as President, Kelly Kelley will serve as Board Clerk and Jeremy Hunt will serve as the Sacramento County Office of Education Board Representative.

As students return to school on January 2nd, I am excited about the opportunities that await in 2018. Happy New Year to all. 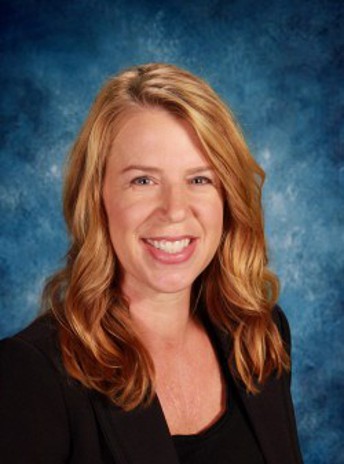 As the proud principal of Wilson C. Riles Middle School (formerly Center Junior High School) for 14+ years, my vision for the school has always been the same - that Riles is a school where every student and every staff member wants to come to each day. What does that mean? It means that I feel the most important thing we can do each day for our students and for ourselves is to help each other learn, have fun, and care for one another.

At Riles, we are driven by the Big Three- Safety, Responsibility & Respect. We are also driven by high standards and expectations as we implement Common Core Standards and Best Practices for Teaching & Learning.

I personally invite you to visit the school. Please call the school at 787-8100 if you would like to come for a tour or to make an appointment to meet with me. Please know that during school hours, my top priority is being out on the campus and in classrooms with students and staff.

Make it a great day! 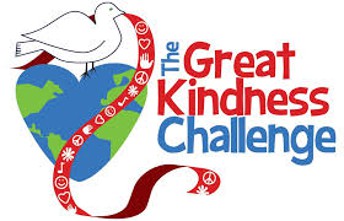 In order to create a consistent, positive message throughout our school, North Country is participating in activities and random acts of kindness to remind students to treat others the way each individual would want to be treated; with kindness and respect. We hope their efforts have an enduring effect and that something profound is learned and carries over into the next week and the next...

This is the fourth year that North Country students have participated. This effort is supported and presented by North Country’s Student Lighthouse Team.

Be Kind. Check out more information about our event:

A Day in the City with WCR GATE Academy 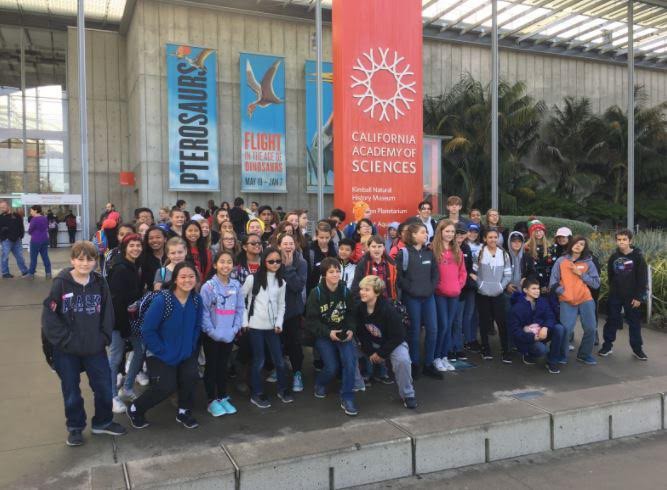 In December, the seventh and eighth grade GATE classes from Wilson C Riles Middle School took a fun and exciting field trip to the California Academy of Sciences museum in San Francisco. At the museum, students toured the exhibits, which included information about earthquakes, Pterosaurs in flight, the science of snow, and conservation. Additionally, they visited the beautiful indoor rainforest and aquarium. The students used their knowledge to collaborate on a project explaining human impact on the earth in the past and in the future. It was a fun and informative day!

Feature This: A Breakfast Club with No Bratpack Members (only healthy-conscious students)

Don’t get me wrong. I LOVED John Hughes’ 1985 film about some high schoolers serving a Saturday detention. However, the Breakfast Club I want to talk about has nothing to do with punishment. It’s all about teaching students at Dudley Elementary how to start their day with some nutritious foods. It’s the brain child of Leah Dean, a second grade teacher who began doing these positive Breakfast Clubs when she was teaching in San Francisco. She graciously invited me to visit her most recent Thursday morning gathering which took place in her classroom.

Since it was the first Breakfast Club meeting of the new year, ten of the 13 current members showed up, but it was a very heterogeneous cross section of Dudley students: one first grader; three second graders; one third grader; three fourth graders and two fifth graders. A couple of siblings were part of this fun mix of students. It was a good time to drop in, as this was one of the last meetings of the first session of the Breakfast Club. Mrs. Dean will be looking for different students for the next two sessions of the year so that more tasty and nutritious-minded seeds will be planted around the Dudley campus. Kudos to Mr. Jackson, our principal, for finding the funds to reimburse Mrs. Dean for her out-of-pocket expenses.

Each meeting begins with a couple of important pre-arrival rituals. First, Mrs. Dean cleans the table/s where the students will be preparing and eating their breakfast. She does this before they arrive. She also has some soothing music playing to warm-up this makeshift eatery. Upon their arrival at 8:00 a.m. each student washes their hands before diving into the work of creating the dish for this week. Students also refer to their hand written recipes from past Breakfast Club meetings that they can take home with them.

This morning’s featured creation was a breakfast wrap. Mrs. Dean had warmed some tortillas and arranged around the table were the ingredients from which the children could choose to adorn their wrap: canned peaches, canned pineapples and bananas (all of which club members cut up themselves); raspberries, blueberries, and granola; with two spreadable options (whipped cream cheese or cottage cheese). Mrs. Dean reminded the children to take portions that were considerate so that everyone had the option of trying some of everything. She suggested they choose one protein spread and two fruit options on their wraps, along with the granola. It was fun watching the students carefully arrange the chosen items on their wrap canvases. It reminded Mrs. Dean of a story from her past. When she was young, her brother and she used to compete in trying to create the most attractive tortilla before destroying it during the wrapping process. One of the Breakfast Club members forgot to fold one of the ends, so hers’ ended up spilling out the back.

At the first past Breakfast Club meeting Mrs. Dean distributed and discussed posters (supplied by Center’s Wellness Committee) about the basic food groups. Today, as the students are preparing their wraps, she asks them which food group each of the featured ingredients fall into. “Next time,” she says, “I’ll buy smaller sized tortillas because these were too awkward to work with.” She further explains that no added sugar was necessary for this recipe. However, at a previous morning session she offered “agave” to students who wanted to sweeten the oatmeal they had prepared. The least nutritious part of the breakfast wraps were the canned fruit items which had been sitting in naturally sweetened juices.

My favorite part of this Breakfast Club were the conversations taking place among the participants, mostly with their immediate seat mates (e.g. “Raspberries are like mini-strawberries.”). There were lots of “pleases”, “thank you’s” and an occasional covered cough -- all signs that social kindnesses are being taught in these students’ homes and classrooms. I asked each of the students to tell me what they like best about their Breakfast Club. Here are some of their comments: “I like getting together to eat.” “There’s lots of food.” “I like designing my meal.” “We get to try different foods.“ “We get to make stuff.” “Being together and having fun.” Of course, my favorite one was suitable for crocheting on the table cloths of every home in the world: “We learn how to eat healthy and change our lives.”

This morning there ended up being enough ingredients so that students who wanted to make a second wrap got their wish. Other students turned their energies to creating two breakfast wraps for delivery to Kim and Tina, the saints who work in the main office. One student, who had finished her meal early, tried to sneak out, but Mrs. Dean kindly reminded her to first clean her area and then to say goodbye to everyone. She also told them all that, once again, their healthy breakfast would provide the energy and extra brain power necessary to get them ready for the fun of learning (thereby, making each of their teachers happier -- MY editorial comment).

If anyone has other healthy school related stories like this, please let me know. This kind of good news needs to be shouted from Center school rooftops.

A New Look for CJUSD

The Center Joint Unified School District is committed to equal opportunity for all individuals in education. School and district programs, activities and services shall be free from unlawful discrimination based on actual or perceived sex, race, color, national origin, religion, age, sexual orientation, ancestry, ethnic group identification, gender, physical or mental disability, or on the basis of a person’s association with a person or group with one or more of these actual or perceived characteristics, or sexual harassment in any district service, program and/or activity that receives or benefits from state financial assistance. The district shall promote programs, which ensure that unlawful discriminatory practices are eliminated in all school and district activities.