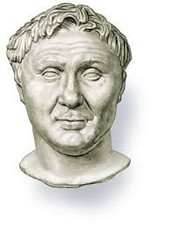 Born to a Patrician family in 106 BC

Gained experience from his father with allowed him to excel in his character, military capabilities, and political ambition. 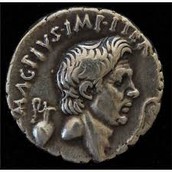 Previously won the Consul Election and is eligible once again.

Has proven his worth in battle and as a military leader in the Roman army.

Believes in peace and unity among the Roman Republic.

Has many great reforms promised to allow Rome to gain power and wealth.

Why Pompey is the Best for Rome

Pompey is a former Consul and has proven his worth through the acts while commanding a legion in the Roman army. Shortly before his first election to Consul, Pompey successfully suppressed the slave revolt led by Spartacus. In his previous election to Consul, Pompey repealed the reforms of the previous corrupt Consul member, thus giving power back to the Tribunes and preventing the Senate from being jurors on trials. Pompey has proven his worth and can be trusted to bring greatness to Rome.