Get email updates from Leah:

The French field trip to the AATF performance by Ali Ndiaye

The French field trip to the AATF performance by Ali Ndiaye

On Thursday, November 8th, SKHS French students were treated to an unbelievable French rap performance by Aly Ndiaye, aka "Webster," hosted by the AATF at East Greenwich HS. Not only did Aly entertain the pants off of an auditorium full of French students from all over the state, but through his music and stories he also shared some very meaningful and important messages of positivity, acceptance, and working hard for your goals.

Aly grew up in Quebec, the son of a Canadian mother and Senegalese father. His first language is French as are all of the lyrics to his songs. He spent the late 90s and early 2000s recording albums but he now tours the world performing for students. If you'd like to learn more about Webster and his work, you can visit his website here. 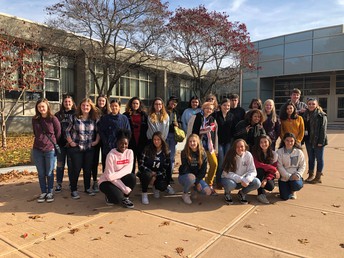 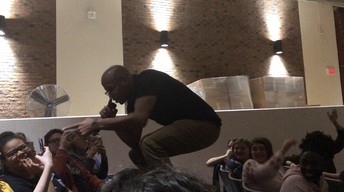 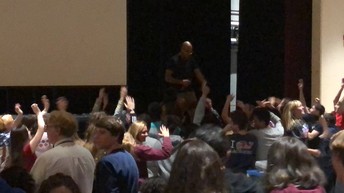 Thank you to East Greenwich HS and the AATF for hosting this wonderful event! 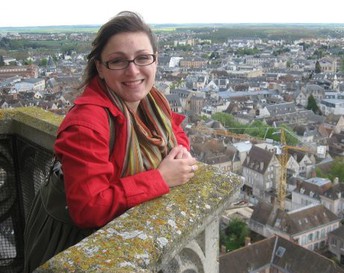