Blanca is using Smore newsletters to spread the word online.

Get email updates from Blanca: 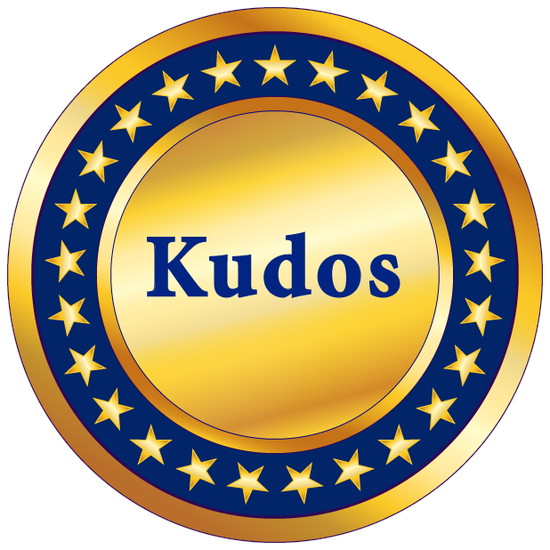 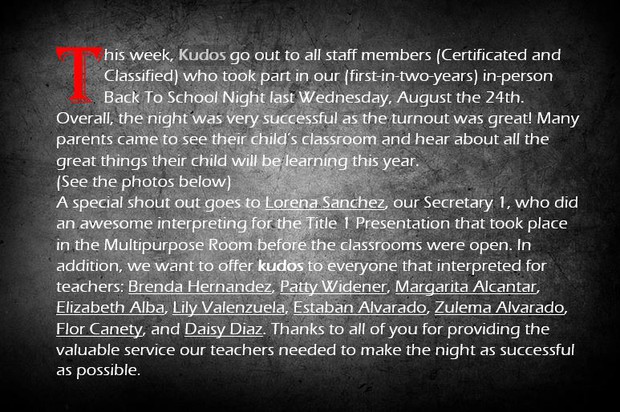 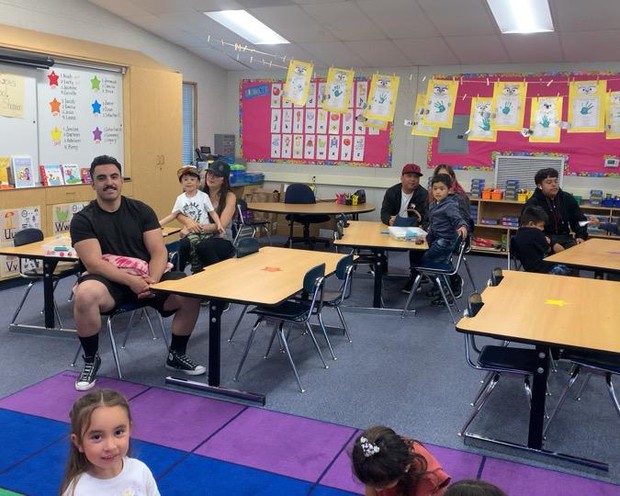 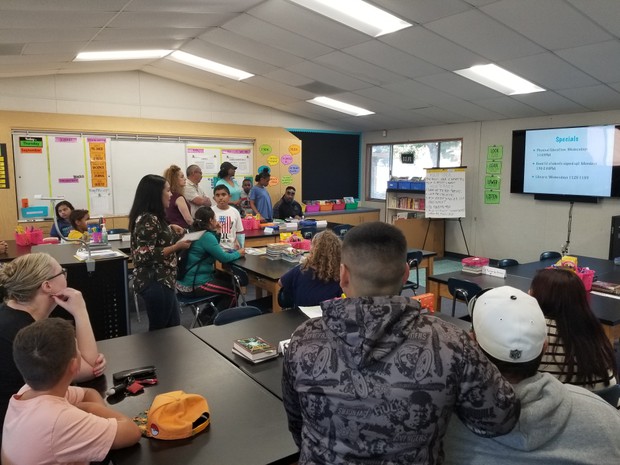 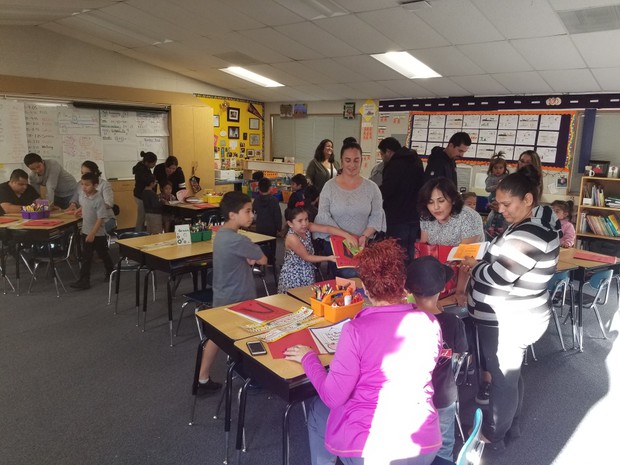 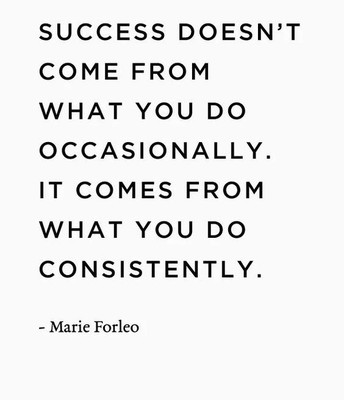 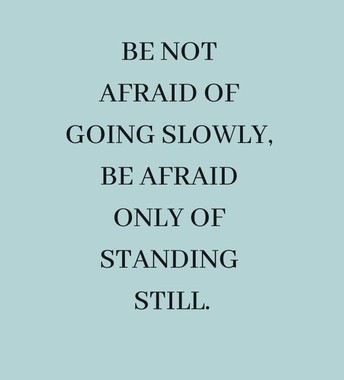 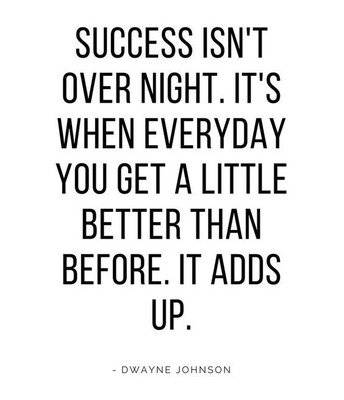 As educators, we all want our students to follow all the routines and procedures we set forth in our classrooms because we care about our students and their education; we have carefully planned out our lessons, and we really want (and need) our students to be engaged when we teach. However, we forget that sometimes we have students that no matter how hard they try, there are things going on in their lives (or happened in the past) that prevent them from being the best they can be (and all we wish them to be). As members of society, we tend to think of trauma as the result of a frightening and upsetting event. But many children experience trauma through ongoing exposure, throughout their early development, to abuse, neglect, homelessness, domestic violence or violence in their communities. And it’s clear that chronic trauma can cause serious problems with learning and behavior. Trauma is particularly challenging for educators to address because kids often don’t express the distress they are feeling in a way that’s easily recognizable — and they may mask their pain with behavior that’s aggressive or off-putting. As Nancy Rappaport, MD, a child and adolescent psychiatrist who focuses on mental health issues in schools, puts it, “Children are masters at making sure you do not see them bleed.”

Identifying the symptoms of trauma in children can help educators understand these confusing behaviors. And it can help avoid misdiagnosis, as these symptoms can mimic other problems, including ADHD and other behavior disorders. In brief, the obstacles to learning experienced by these children include: 1) Trouble forming relationships with teachers; 2) Poor self-regulation; 3) Negative thinking; 4) Hypervigilance; and 5) Executive function challenges. 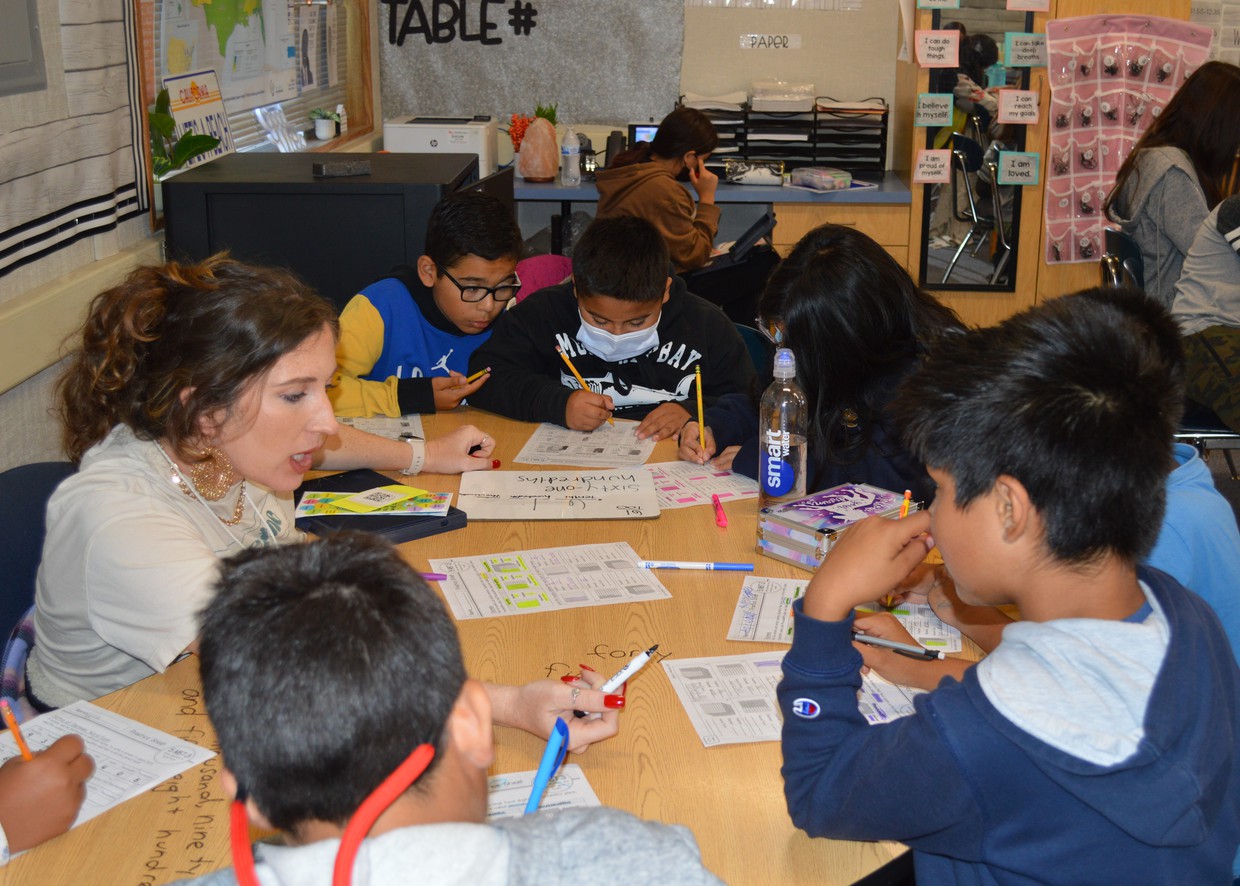 Children who have been neglected or abused have problems forming relationships with teachers, a necessary first step in a successful classroom experience. They’ve learned to be wary of adults, even those who appear to be reliable, since they’ve been ignored or betrayed by those they have depended on. These kids do not have the context to ask for help, and they do not have a model for an adult recognizing their needs and giving them what they need. In fact, many of these children have not been able to develop secure attachments to the adults in their lives. They need help to let other adults into their lives. Kids who’ve never developed that early template that you can trust people, that you are lovable, and that people will take care of you, need support to form that kind of relationship.

One of the challenges in giving that support is that when kids misbehave, our schools often use disciplinary systems that involve withdrawing attention and support, rather than addressing their problems. Schools have very little patience for kids who provoke and push away adults who try to help them. Instead of suspending children, Dr. Rappaport argues, schools need to work with them on changing their behavior. When a student is acting up in class, she explains, teachers need to recognize the powerful feelings they are expressing, if inappropriately. Rather than jumping right into the behavior plan, like deducting points or withdrawing privileges or suspending, we need to stress the importance of acknowledging the emotion and trying to identify it. For example, one might say, “I can see that you are REALLY angry that Andrew took the marker you wanted!” If you’re wrong about what the student is upset about, he’s likely to correct you. Acknowledging and naming an emotion helps children move towards expressing it in a more appropriate way. Communicating that you “get” him is the necessary first step, she explains, to helping a child learn to express himself in ways that don’t alienate and drive away people who can help him.

Traumatized children often have trouble managing strong emotions. As babies and toddlers, children learn to calm and soothe themselves by being calmed and soothed by the adults in their lives. If they haven’t had that experience, because of neglect, that lack of a soothing, secure attachment system contributes to their chronic dysregulation. In the classroom, we need to learn how we can support and coach these children in ways to calm themselves and manage their emotions. “We need to be partners in managing their behavior,” Dr. Rappaport explains. “Co-regulation comes before self-regulation. We need to help them get the control they need to change the channel when they’re upset.” The reality is that these students really need coaching and practice at de-escalating when they feel overwhelmed. 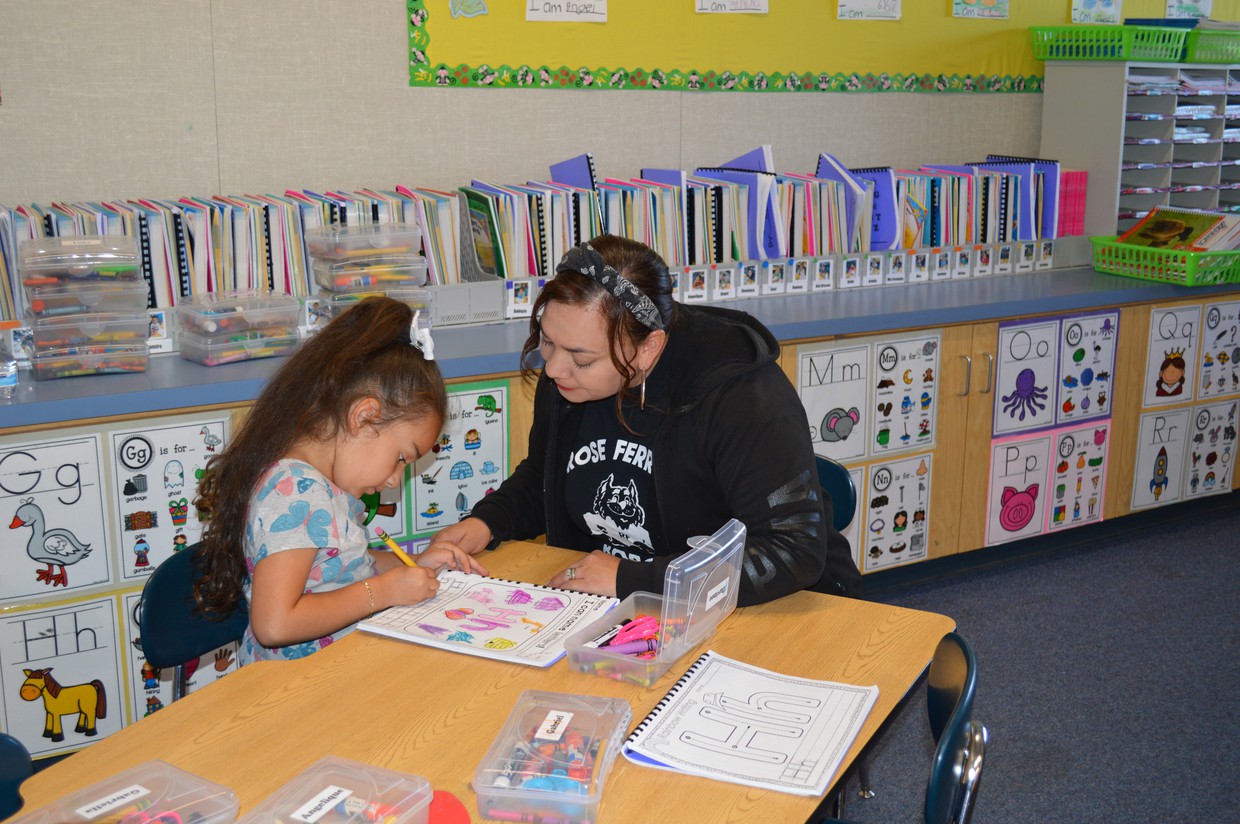 Another challenge to traumatized kids is that they develop the belief that they’re bad, and what’s happened to them is their fault. This leads to the expectation that people are not going to like them or treat them well. These students get to thinking, “I’m a bad kid. Why would I do well in school? Bad kids don’t do well in school.” Traumatized kids also tend to develop what Dr. Howard calls a “hostile attribution bias” — the idea that everyone is out to get them. For example, if a teacher says, “Sit down in your seat,” they hear it as, “SIT DOWN IN YOUR SEAT!” “They hear it as exaggerated and angry and unfair. As a result, they’ll act out really quickly with irritability. As Dr. Rappaport puts it: “They see negative where we see neutral.” To counter this negative thinking, these students need to have a narrative about themselves that helps them understand that they’re not “bad kids.” And learning to recognize their negative patterns of thought, like black and white thinking, is a step towards being able to change those patterns. Dr. Rappaport notes that children from abusive homes are sometimes unable to participate in classroom activities because they are paralyzed by fear of making a mistake, and that can make them appear to be oppositional. “A mistake that might seem trivial to us becomes magnified,” she explains, “if their experience has been that minor mistakes incurred adult anger or punishment.” They need not only support to have incremental successes they can build on in the classroom, but help to see that in this setting, making a mistake is considered a necessary part of learning.

Chronic trauma affects children’s memory, their ability to pay attention, plan, think things through, and other executive functions. Kids who have ADHD as well as trauma may be especially impaired in these skills. Difficulty planning impacts not only completing tasks in school, but a child’s ability to plan his behavior, rather than acting impulsively, and deciding on the best way to communicate his needs and feelings. One of the things that tends to upset kids who’ve been traumatized is difficulty predicting the future — not knowing what is coming is unsettling for children and creates anxiety. These kids can benefit, Dr. Rappaport notes, from repeated dry runs of what’s coming up and what they should expect. Another executive function that may be weak is the ability to self-narrate — to mentally talk themselves through what they need to do as they are carrying out a task. It’s a skill young children learn from listening to their parents talk to them when they are babies, and if they haven’t had the experience, they may need help developing the skill.

Surprising kids with “random acts of kindness” can help wean them from habits of acting out to get attention. “When a kid is acting out and sucking the oxygen out of a classroom,” she notes, “some teachers have found it works to set their phones to buzz every 5 minutes to give the kid positive attention.”

Dr. Rappaport offers tools for understanding and managing disruptive behavior in the classroom in her book, The Behavior Code: A Practical Guide to Understanding and Teaching the Most Challenging Students, written with behavioral analyst Jessica Minahan. 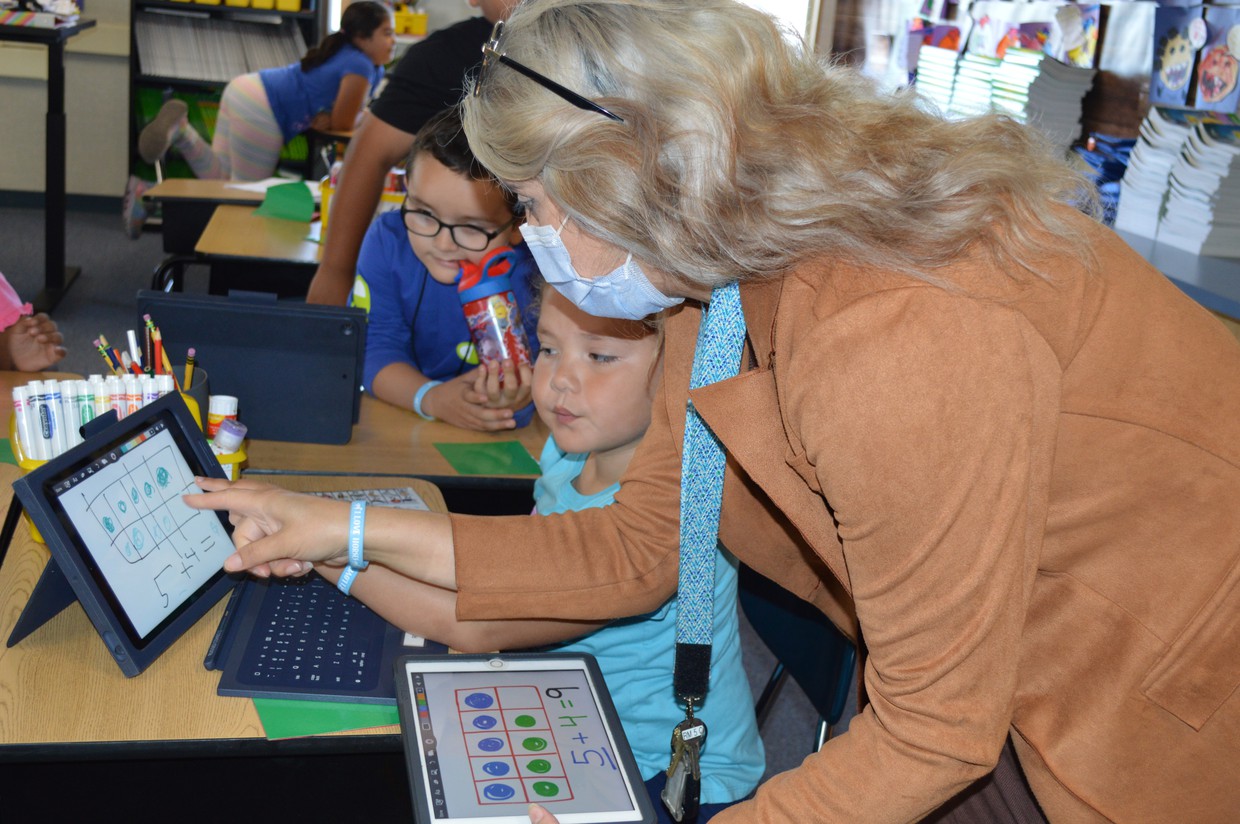 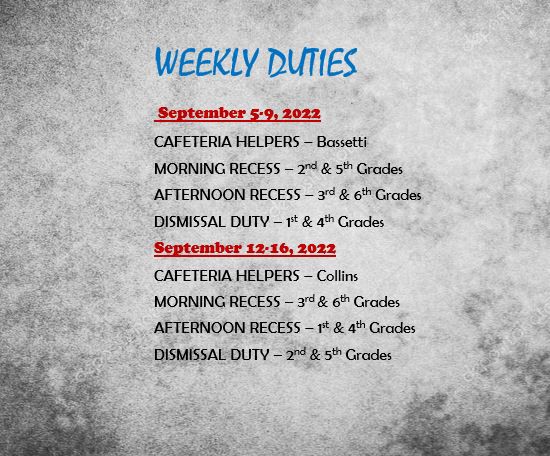 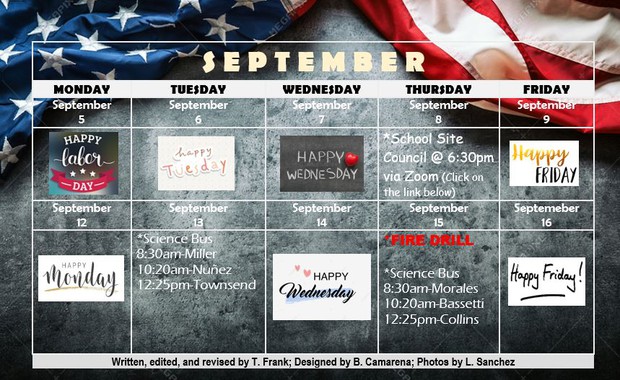 Three Reminders:
1). All Staff: Please make sure we close and lock all entrances to the school after we enter to ensure the safety of everyone on campus.

2). Teachers: Please remember to be outside on the yard for the 10 minutes of Yard Duty you share with your Grade-level Team. Sometimes we are short Pupil Supervisors, and we are counting on your presence out on the yard to keep our students safe. Thanks.

3). Teachers: Please make sure to pick up your students on time from the cafeteria after lunch. 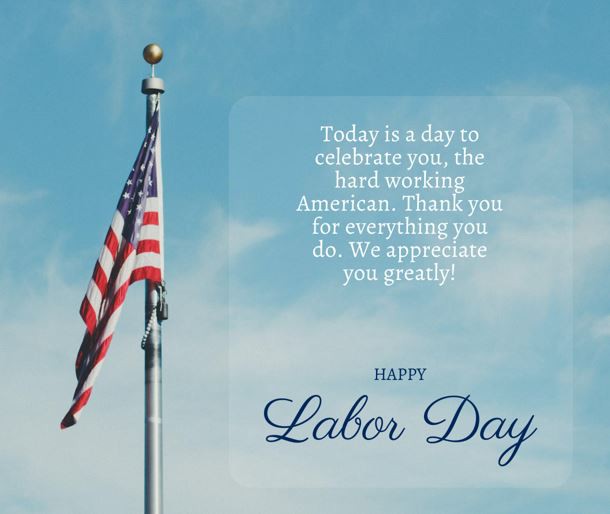 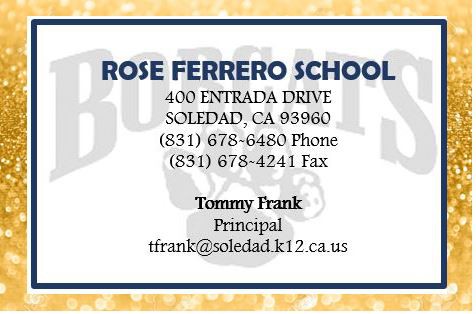 Blanca is using Smore newsletters to spread the word online.

Follow Blanca Camarena
Contact Blanca Camarena
Embed code is for website/blog and not email. To embed your newsletter in a Mass Notification System, click HERE to see how or reach out to support@smore.com
close