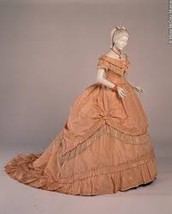 The change that occurred in clothing in the 1700s was when France changed from a monarchy to a democracy because people wanted to have a say in what kinds of fashion designs were available. Also during this time the production of textiles began to change. This time period was the was a movement marked by major economic changes due to the invention of many machines.

The inventions that were introduced during this time were the steam power and the development of the factory system. Some other inventions were the spinning frame which was driven by water power and it also combined several hand operated spinning devices into one big machine and in 1789 a man by the name of Samuel Slater built the first successful textile mill. There is also the Flying shuttle which was a tool used to weave the crosswise threads back and forth, The water frame which was faster than hand spinning, the spinning jenny so spinners could sin 8 yarns instead of only one, The cotton gin which separated the cotton fibers from the seeds, and finally the cylinder printing which allowed repetitious designs to be printed rapidly on cotton fabrics. 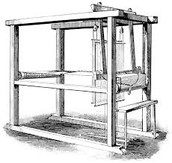 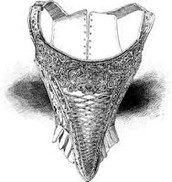 They were known as corsets. All the women wore them. It was an essential to everyday fashion. Their purpose was to make the female torso confined in a conical shape with a defined waist. But even though they made the women look in fashion they were very unhealthy. Doctors encouraged them not to wear them anymore because they caused improper digestion and deformed internal organs. BUt the women who did not wear the corsets were mocked rudely made fun of.

Men didn't usually have more than 2-3 pairs of clothing 1-2 for every day and one for Sunday's. Their clothing was normally made from linen of wool and had the colors of white, green, blue and brown. Their clothes consisted of a shirt, breeches, stockings, a waistcoat, and a coat.

Women's clothing was also normally made from linen and wool but had to all be hand sewn, theirs consisted of shifts, stays, bodice, petticoats/skirts, cap, and stockings. A proper woman would never be seem without her head being covered. Woman also had to have their knees and elbows covered at all times.

All infants (boys and girls) wore a shapeless white gown, toddlers gowns would have strips of fabric on them also called "leading strings" used by adults to help guide them and keep them from falling. a "pudding hat" was tied to all children learning to walk to protect their heads from falls. The children would start wearing stays at the age of 18 months and boys would stop between 4-7 but girls would always wear them. By the age of 10, boys would be dressing like their fathers, and girls like their mothers.