The Military Community Newsletter at Ashford University was designed as a way for you to learn and share community events, resources, and key topics relevant to service members, veterans, and their families nationwide. Please contact Ashford's Military Development and Engagement Specialist if you have questions or additional resources you would like to share with your fellow military community. 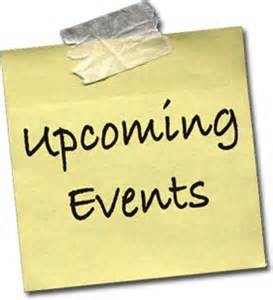 Other Events of Interest 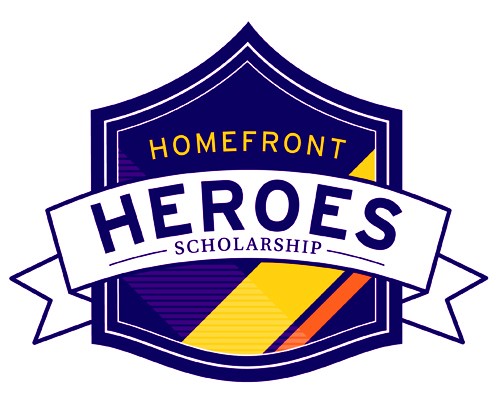 Ashford is proud to again offer five scholarship opportunities to San Diego County military spouses at both the Associate’s and Bachelor’s degree levels.

Click HERE to learn more. Be sure to submit your essays between September 5 and November 8, 2015. Recipients will be notified on or around December 1, 2015.

In Case You Missed Our Webinar 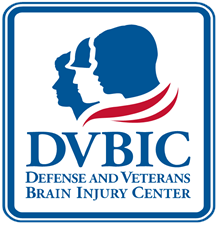 Back to School Guide: Success After TBI

· What are some common signs and symptoms? How are these two invisible wounds related?

· Building a Success Team and where to get more support.
To view the recording from the event please click HERE 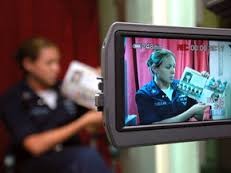 United Through Reading helps ease the stress of separation for military families by having service members who are separated from the children they love read children’s books aloud on video for the child to watch at home.

Click here to see what United Through Reading provides and what commands need to provide when choosing to run their own program during deployment.

Looking for an accountant?...a painter?...that perfect handmade gift? If so, wouldn't you prefer to hire or buy from a verified military family-owned business?

Great. Check Out The Rosie Network! They are are a non-profit founded by military spouses whose mission is to promote military family-owned businesses to the public by making it easy to find them. What does it cost to use our Rosie's List search tool? Nothing. Nada. Zip.

So if you are looking for a veteran owned business or want to register your own business to the network click HERE to find out more about it. 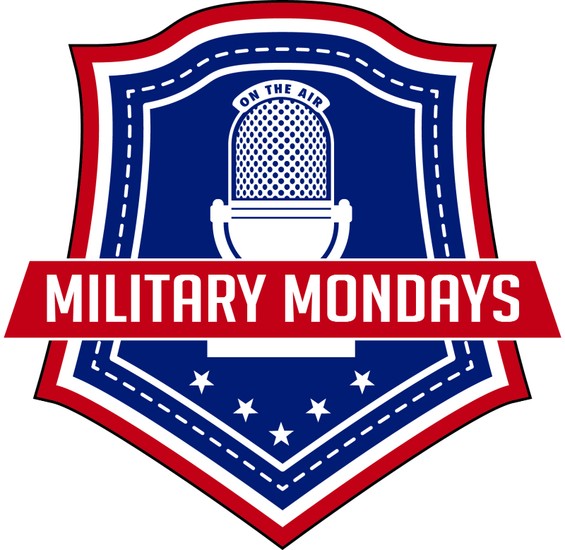 The show’s mission is to Educate, Empower and Engage by providing consistent and credible value to the veteran and military listener by communicating information about financial topics, veteran organizations, events and leveraging inspiring celebrity guests in order to build relationships in the military and veteran communities which benefit listeners, clients, vendors and organizations.

Job prospects have really improved for our veterans, and veterans are faring well in the job market. Read about how veteran joblessness is steadily going down and what that means for you. Military Veterans Do Better in the Job Market Than You Think...

America has been working hard to provide better support to veterans, and these 5 companies are doing their part by focusing on military populations to fill important manufacturing, engineering, and technology jobs. Read about how you can get connected with these military-friendly companies today. These 5 Companies Are Hiring Military Maintenance Experts Right Now

Hirepurpose is one of the many for-veterans/by-veterans organizations that makes it easy to connect with countless military-friendly employers around America. Applying to companies that are focused on hiring veterans has never been easier with HirePurpose.com.

At a Loss for Words?

Employers can potentially receive hundreds of resumes for a single open position. If you are not able to make an in-person impression, having a strategically-worded resume is the next best thing. Many veterans are unaware that their current resume doesn’t do their career experience justice – make sure to include these words from this resume tool to accurately tell your employer your professional level (without cutting yourself short). 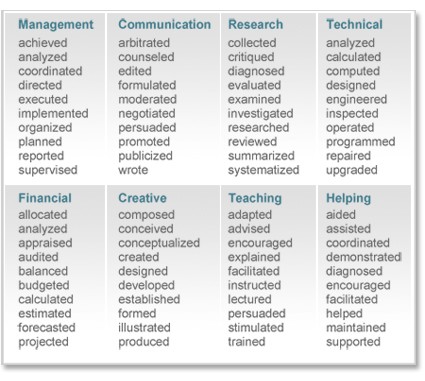 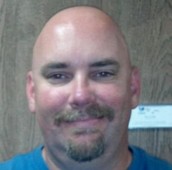 Tells us about your experience in the military: I joined the Army right out of high school, and spent most of my time overseas in Germany. I did my Basic Training in Ft. Sill, Oklahoma and AIT (job school training) in Ft. Bliss, Texas. I loved every minute of my time in the Army. The one thing I miss most about it, is the camaraderie between soldiers.

Tells us about your experience as an Ashford student and your transition from the military to a working student/civilian: I've been out of the Army for a long time, but the one thing I had to learn fast upon transitioning to a civilian, was that things don't operate the same in the civilian world as they do in the military world. That's not necessarily a bad thing, but it is a big adjustment. The one thing that the military instilled in me was discipline and accountability - which DO translate well in civilian/school life. Those two things have helped me tremendously as a student with time management in particular.

Tells us about your experience as a CHAMPS mentor: I have enjoyed every minute of being a CHAMPS Mentor. We all, as Mentors, have the opportunity to make a difference in someone's life. But it's certainly a two-way street. Those we mentor can, and often do, make a difference in our lives. The last couple of Mentee's I've had are tremendous people with fantastic outlooks on life, and if nothing else, they remind me of why I love being a Mentor and spend the time I do dedicated to helping them.

How can other military students see the benefit in CHAMPS:

I believe the camaraderie that I experienced while in the Army helped teach me the importance of service to my fellow man. I believe the Mentor program is a great place for Active Duty as well as Veterans to receive some help in their transition from military to civilian life, especially if they have had a long break between school, or have been in the military a long time. I only spent a few years in the Army, and the world I left was much different than the world I came back to. While part of that could certainly have been just me growing up, or the fact that I spent most of that time in another country and culture, a big part of that was the very different lifestyle I was used to between the civilian and military world. Having Mentors with that sort of experience in their past can do nothing but help veterans in their transition to civilian/school life. 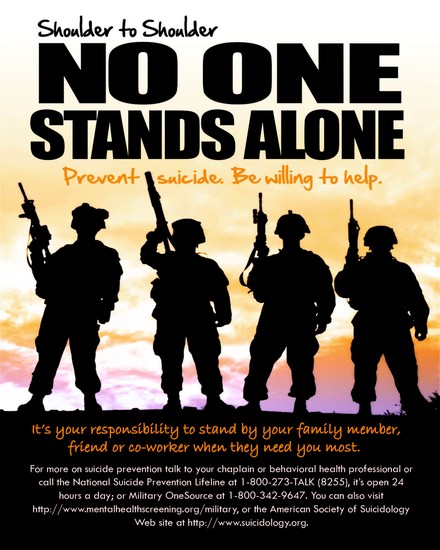 September is Suicide Prevention Awareness Month, and we want to raise awareness on how you can protect yourself and your loved ones from this complex and tragic health issue.

Ashford University offers support to students who are experiencing significant emotional distress, including suicidal ideation. This support is provided through contact with an Access and Wellness Student Advocate. Student Advocates are able to assess immediate concerns for individual safety, offer brief counseling, and work to connect students with services available in their local community to address ongoing needs. Connecting with local resources can be in the form of helping a student effectively utilize existing health insurance, identifying community mental health services offered on a sliding scale of cost if a student is uninsured or exploring VA support options. A portion of these supports exist exclusively for active duty military, Veterans, and their families. For more information on military and veteran support services in your community, please ask your advisor to make a referral on your behalf or email us at help@ashford.edu. A Student Advocate will follow up with you regarding support and/or resources.

A Student Advocate is generally available M-F from 8 am to 5 pm, PST.

In the event that a Student Advocate is not available, please reach out to the Veterans Crisis Line which is available 24 hours per day if you need any extra support or to talk about the stresses you are dealing with. Their goal is to connect Veterans in crisis and their families and friends with qualified, caring Department of Veterans’ Affairs responders through a confidential toll-free hotline, online chat, or text. Please call 1 800 273-8255 then press 1, visit the link above or text 838255 for assistance.


Some signs of concerning behavior include: 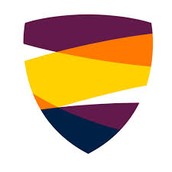 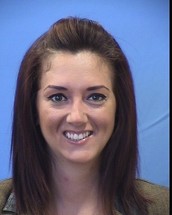 Facebook
Contact me if you have events or additional information you would like to share
Please do not hesitate to email me if you wish to unsubscribe
8620 Spectrum Center Blvd, San Diego, CA 92123, United States stephanie.kinman@ashford.edu ashford.edu/military/military_resources.htm
Paste in your blog/website to embed.
Powered by Smore
Powered by Smore