There were many people who helped invent the radio. The Radio has advanced so far that they now fit in your pocket.

Many of the Founders were the "Scientists", and the "Business Men".

What did the Founders do?

Henirich Hertz—this German physicist, who died of blood poisoning at age 37, was the first to prove that you could transmit and receive electric waves wirelessly. Although Hertz originally thought his work had no practical use, today it is recognized as the fundamental building block of radio and every frequency measurement is named after him (the Hertz).

Nikola Tesla—was a Serbian-American inventor who discovered the basis for most alternating-current machinery. In 1884, a year after coming to the United States he sold

the patent rights for his system of alternating-current dynamos, transformers, and motors to George Westinghouse. He then established his own lab b where he invented, among other things, the Tesla coil, an induction coil widely used in radio.

Ernst Alexanderson—born in Sweden, this remarkable inventor developed the first alternator to make transmission of speech (as opposed to the dots and dashes

of telegraphs) possible. It is said that this holder of 344 patents “virtually invented everything General Electric did in the field of AM, FM, and TV.”

Reginald Fessenden—this Canadian spent much of his working life in the U.S. where he developed a way to combine sound and radio carrier waves. His first effort to transmit this mixed signal— to a receiver where the carrier wave would be removed and the listener could hear the original sound— failed. However, in 1906, using

Guglielmo Marconi—this Italian creator spent most of his working life in England where he introduced many of the first uses of wireless telegraphy to European navies. His radio apparatus is widely considered to be the reason that over 700 people survived the Titanic disaster in 1912—instead of dying as they likely would have if ships at sea

were still using carrier pigeons to communicate over great distances.

Lee DeForest—credited with being the “father of American radio.” DeForest was a direct competitor to Marconi at the turn of the century (1899), when he was the chief scientist at the U.S.’s first radio firm—American Wireless Telephone and Telegraph—until Marconi took over the company’s assets in 1912 after a series of financial scandals. Although he held 300 patents DeForest’s greatest technological contribution is considered to be his 1906 “Audion” vacuum tube. 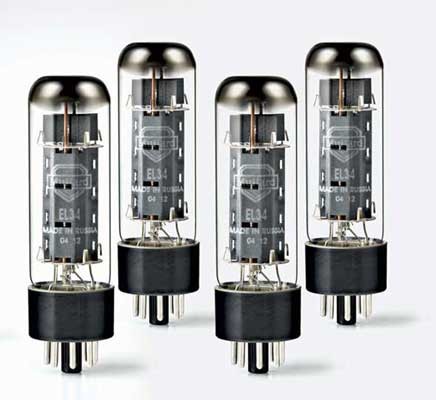 Heinrich Hertz proved that electricity can be transmitted in electromagnetic waves. He

conducted experiments in sending and receiving these waves during the late 1880s.

Radios (what we’d call wireless telegraphs today) began to appear on ships at sea. This reduced the isolation of the ships thus improving both reliability and safety.

Nikola Tesla wirelessly transmitted electromagnetic energy. He made the first public demonstration of radio in St. Louis in 1893.

Guglielmo Marconi filed for patent protection of his radio apparatus. He established the Wireless Telegraph and Signal Company in 1897.

First transAtlantic signal sent-by Marconi from Ireland to Canada.In 1902:Amateur (today known as “ham”) radio introduced to the U.S. via a Scientific American article on How to Construct an Efficient Wireless Telegraphy Apparatus at Small Cost.”