Introduction to the Arthropods

In the terms of the evolutionary success arthropods are the most diverse and successful animals of all time.

What is an Arthropod?

Form and Fuction in Arthropods

They use complex organ systems to carry out different essential functions.

Growth and Development in Arthropods

When arthropods outgrow their exoskeletons they undergo periods of molting.

Molting is when an arthropod sheds its entire exoskeleton and manufactures a larger want to take its place, it is controlled by the endocrine system.

Spiders and Their Relatives 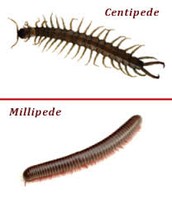 Insects and Their Relatives