Another name for the Cardiovascular System

No matter what you might think, the Cardiovascular System has another name. It can also be referred to as the Circulatory System, for the way it circulates blood. Simple, right? 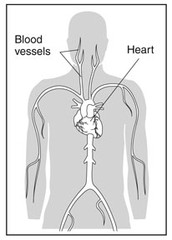 Components of the Cardiovascular System

There are only three main components of the Cardiovascular System. They are the heart, blood vessels, and blood. Although many people think that maybe the lungs are also part of the system because blood travels to them using this system, they are not. Do not let those big airbags fool you! 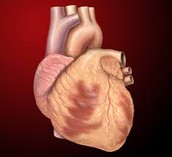 The heart is the #1 component in the circulatory system. Without it, you would not have blood or blood vessels.

The red blood cells are the most numerous blood cells in your body. They help with regulating body temperature, trasnporting nutrients, and fighting infection.

The blood vessels help carry blood throughout your body. If they didn't, the capillaries and arteries would have all the hard work, and your blood wouldn't regulate as fast.

Main Function of the Cardiovascular System

The main function of the Cardiovascular System is removing waste from the bodie's tissue. If this system wasn't there to do that, imagine how much waste would be left in your body. Wouldn't want that, would you? 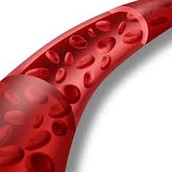 In which direction does the blood flow?

The blood flows from the right atrium, to the right ventricle, to the pulmonary artery, and so on and so forth.

The largest cardiovascular system pathway is called the systemic circulation. There is also a pathway called the pulmonary circulation, but it is not the largest in this system. Valves are in this system to prevent oxygen-rich and oxygen-poor blood from mixing. Finally, when an infection occurs your body, the number of white blood cells in your body increases to help fend it off. 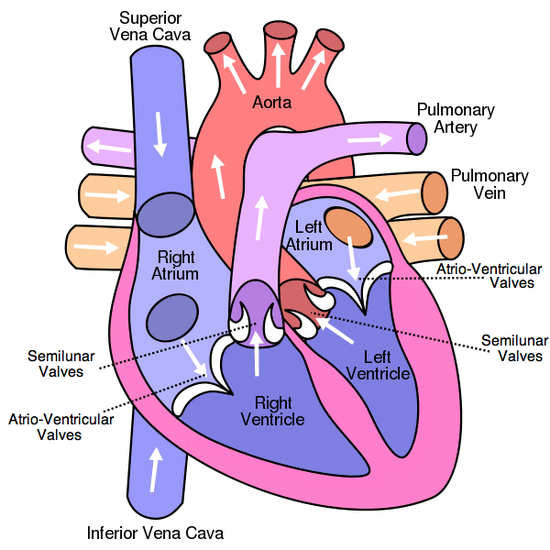 The Types of Blood

The types of blood are simple, A, B, AB, and O. But there is also the blood's Rh factor, meaning if the person has positive or negative blood, which makes it a little more complicated. All the possibilites are A+, A-, B+, B-, AB+, AB-, O+, and O-. Usually it is genetic, so say your Dad has O+ blood and your Mom has A- blood, you probably have either O+ or A- blood. You just have to find out who you are more like, Mom or Dad!

Which blood type is considered the Universal Donor?

Which blood type is considered the Universal Recipient?

A man named Jesse Casey comes into Gaffney Chicago Medical Center's ER on Tuesday, January 16. A man on his truck, David Herrmann, tells you, the doctor, that they are on the Chicago Fire Department, and the reason Casey fell was because their ladder was icy on the run they just took. Casey needs a blood transfusion, and Herrmann helps you find out that Jesse has A- blood. The Medical Center is out of A- blood, so what kind of blood can you give Casey instead to save him?
The answer to the question above is simple. Since you know he has a - Rh factor, you know that he needs the blood he gets to have a - Rh factor. He cannot have B blood at all, and the center is out of A-, so he must have O- because O blood can go into anyone. Just make sure to always keep in mind the Rh factor of each drop of blood.

This can be used as a study tool for a Cardiovascular System test. It covers everything you would need to know. Good luck, or if it's not for a test, I hope you enjoyed reading, and I hope you now feel like an expert on the system of circulation!