Methamphetamine (Meth) is an addictive stimulant that strongly activates certain systems in the brain. Chemically it is; N-methyl-1-phenylpropan-2-amine. Methamphetamine is a crystal-like powdered substance that sometimes comes in large rock-like chunks. Meth is usually white or slightly yellow, depending on the purity.

It is also known as Chalk, Crank, Crystal, Glass, Tweek, among other names. Methamphetamine can be taken orally, injected, snorted, or smoked. It is federally classified as a Schedule II drug.

In United States, Methamphetamine has been approved by the Food and Drug Administration (FDA) in treating ADHD and exogenous obesity (obesity originating from factors outside of the patient's control) in both adults and children. It goes under the trade name Desoxyn.

Methamphetamine causes numerous neurotransmitters to be released in the brain, producing a sense of euphoria that may last as long as 12 hours, depending on how the drug was taken. It can also cause agitation, panic, compulsive fascination with repetitive tasks, violence, and confusion. Extensive use can cause paranoia, hallucinations, delusions, and tension headaches. 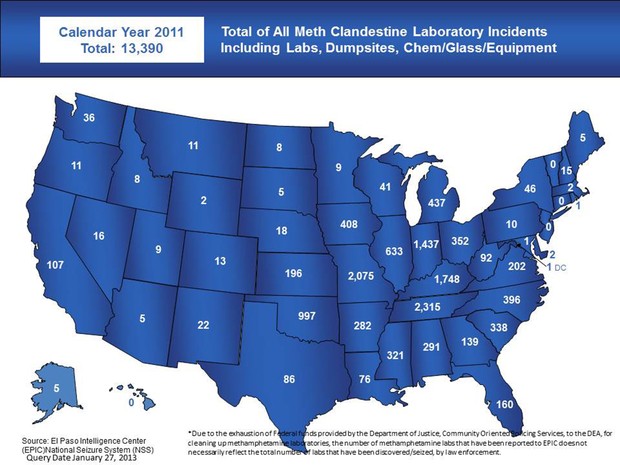 Repeated methamphetamine abuse can also lead to addiction, which is accompanied by chemical and molecular changes in the brain. Some of these changes persist long after methamphetamine abuse is stopped. Reversal of some of the changes, however, may be observed after sustained periods of abstinence (more than 1 year).

It's Pretty Bad For You

Short term effects: Immediately after smoking or injection, the user experiences an intense sensation, called a “rush” or “flash,” that lasts only a few minutes and is described as extremely pleasurable. Snorting or swallowing meth produces euphoria — a high, but not a rush. After the initial “rush,” there is typically a state of high agitation that in some individuals can lead to violent behavior. Other possible immediate effects include increased wakefulness and insomnia, decreased appetite, irritability/aggression, anxiety, nervousness, convulsions and heart attack.

Long term effects: Methamphetamine is addictive, and users can develop a tolerance quickly, needing larger amounts to get high. In some cases, users forego food and sleep and take more meth every few hours for days, ‘binging’ until they run out of the drug or become too disorganized to continue.

Chronic use can cause paranoia, hallucinations, repetitive behavior, and delusions of parasites or insects crawling under the skin. Users can obsessively scratch their skin to get rid of these imagined insects. Long-term use, high dosages, or both can bring on full-blown toxic psychosis (often exhibited as violent, aggressive behavior). This violent, aggressive behavior is usually coupled with extreme paranoia. Methamphetamine use can also cause strokes and death. 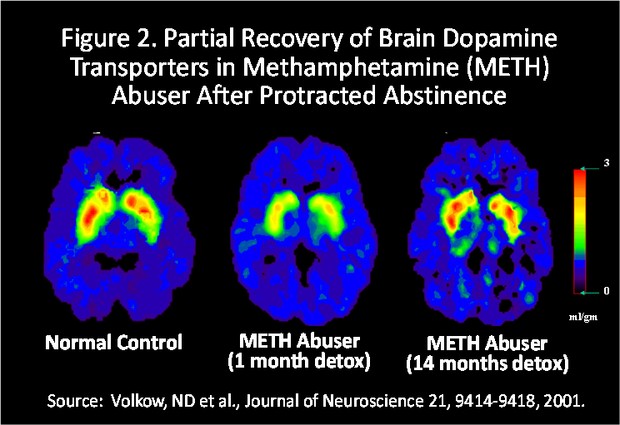 Meth Puts Holes In Your Brain

It is true that meth changes the way the brain functions. The idea that meth causes actual holes in the brain results from a misunderstanding of the images that are created using complex scanning machines. 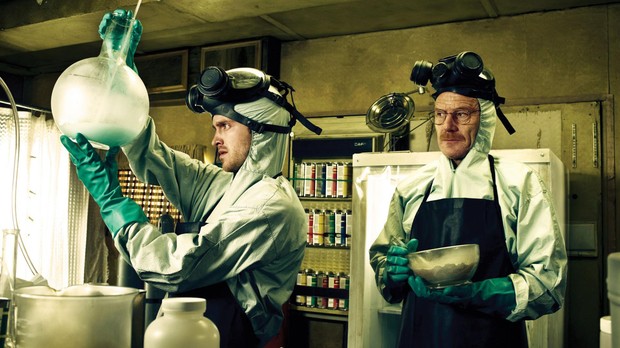