Please complete Library Reservation Form if you want your class to visit the library.

Hispanic Heritage Month: “Hispanics: A legacy of history, a present of action and a future of success.”

Each year, Americans observe National Hispanic Heritage Month from September 15 to October 15, by celebrating the histories, cultures and contributions of American citizens whose ancestors came from Spain, Mexico, the Caribbean and Central and South America.The observation started in 1968 as Hispanic Heritage Week under President Lyndon Johnson and was expanded by President Ronald Reagan in 1988 to cover a 30-day period starting on September 15 and ending on October 15.

Banned Books Week was launched in 1982 in response to a sudden surge in the number of challenges to books in schools, bookstores and libraries. More than 11,300 books have been challenged since 1982 according to the American Library Association. There were 307 challenges reported to the Office of Intellectual Freedom in 2013, and many more go unreported. 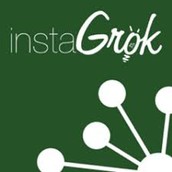 App of the Month for Teaching and Learning

instaGrok is an education search engine. Results are displayed on an interactive content map which includes images, videos, and text resources. Students have a journal they can use to take notes and they can pin resources to their own Grok.

Tip: instaGrok narrows searching down to a more manageable process for students as they are learning the process. It also provides a place for them to store relevant information and ideas.

Quote of the Month

“Every burned book enlightens the world.”