jamel is using Smore newsletters to spread the word online.

Get email updates from jamel: 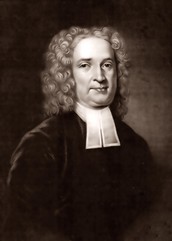 ¨I confess it is beyond our power to awaken the heart, but ordinarily this way does good¨.

For my "I am" project I did Thomas Hooker. I already knew that he was a Christian and colonial leader under puritan belief. When he was younger he attended college in Cambridge, England to learn to preach at church as a clergyman/reverend. His father was a craftsman, his mother was a housewife, and it is unknown of his siblings. As he grew older, he worked in a church but had his own opinions and beliefs against its admissions, so the government persecuted him and decided to kick him out of the colonies forcing him to retreat to Massachusetts with only a handful of followers. During this journey, he helped found the colony of Connecticut and set up a new law/regulation (The Fundamental Orders Of Connecticut) which allowed non-church members to be able to vote in the new church he set up, this gave more rights to the people by making things more democratic.

The life of Thomas Hooker 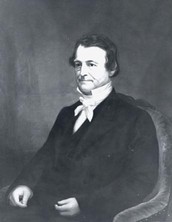 After preaching briefly in the parish of Esher in Surrey, England, Hooker became lecturer to the Church of St. Mary at Chelmsford,Essex, around 1626, where he delivered fervent evangelical addresses.Such church lectureship, an innovation of puritanism, came under attack from the church of the England in 1629, and in 1630 hooker was cited to apper before the court od hight Commission. He fledto Holland, forfeiting his bond, and in 1633 immigrated to Massachusetts bay colony. At New Town, he become the pastor of a company of puritans who had arrived from england the previous years. In expectation of his joining them, they had been called Mr. Hooker's company.

“Look whether it be indifferently, as well for sins secret as open, what you find to be your best cordials to comfort you, whether God's Word, or natural means.”

“So that godly sorrow may be discerned by this train of graces wherewith it is accompanied, that worldly sorrow wants, at least in the truth of them, though it may have some shadows of them.”

“Nay, men are so far from musing of their sins, that they disdain this practise, and scoff at it: what say they, if all were of your mind; what should become of us? Shall we be always poring on our corruptions?”

jamel is using Smore newsletters to spread the word online.