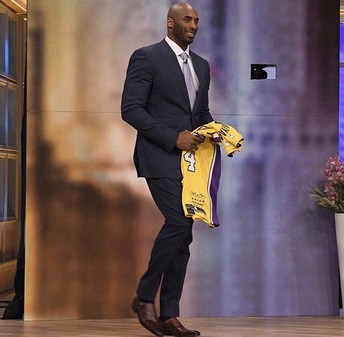 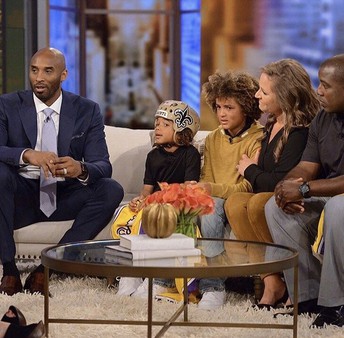 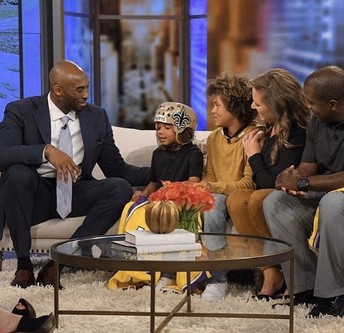 Many of us in the epilepsy community was so excited and thankful when NBA legend , Kobe Bryant, surprised 6-year old epilepsy survivor Bryson and his family on "The View".

Kobe Bryant, along with his daughter Gianna and seven others, lost their lives on January 26 when the private helicopter they were traveling in crashed in Calabasas, California.

Us here at Angels Of Epilepsy Foundation, send our prayers and condolences to all of the families and friends related to this devastating tragedy. 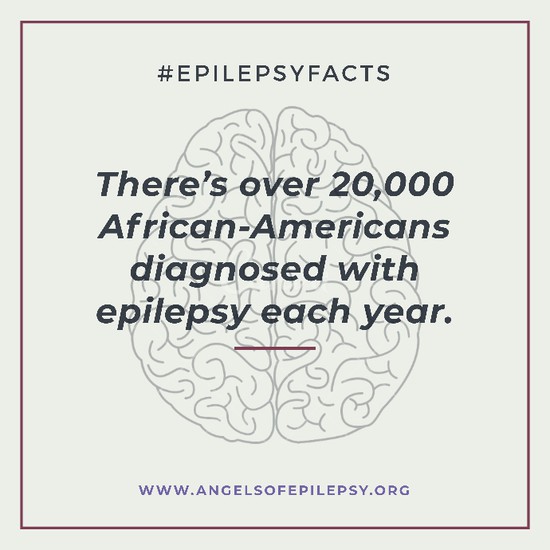 "Epilepsy Will Not Stop Me" by: Leon Legge 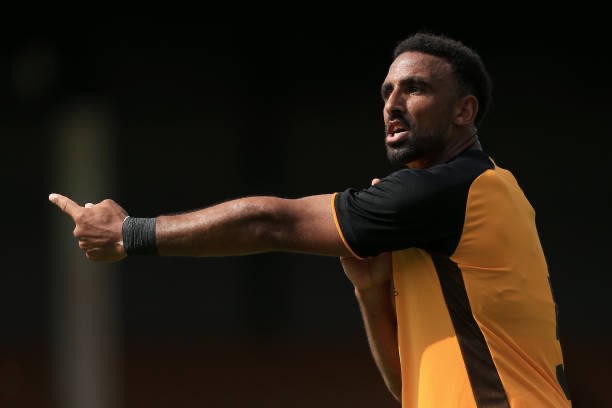 I will always remember my first Seizure, i was at football training for my old club Little Common FC. I was training with the men’s 1st team on the astroturf at my old college campus. It was a training match on a tuesday evening under floodlights, a long ball has come up towards me and i’ve gone to go and head the ball, i’ve not quite headed the ball right so i’ve gone to go head the ball again and from what i remember i just felt dazed and tried to regain balance.

I remember everything slowly going dark and falling back. I don’t know how long i was out for but i do remember waking up with players and the manager all around me and the next thing i see is the paramedics. At the time all this is going on you don’t have time to really think about what has happened, you feel like you’re in a dream like state. It wasn’t until i’m being helped into the ambulance that you realise this is serious! Lying down in the bed you feel vulnerable and you just want to sit up but the paramedics are telling you to calm and just chill. Laying in bed in the back of an Ambulance is always a disappointing feeling, you feel every bump in the road and twist and turn and the journey to the hospital always seems like the longest journey ever! When you’re lying there looking up at the Ambulance roof i’m deliberating in my head “what has happened?”

When i do finally get the answers i am left dumbfounded that i’ve been told i’ve had an Epileptic seizure. How could this have happened? i don’t have Epilepsy! I spend the night in hospital and i couldn’t wait to get back home! First well after the seizure i took it easy but as soon as i felt back to normal the first thing i done was go straight back to playing football. Football was my out, football was my sanctuary and it always has been. 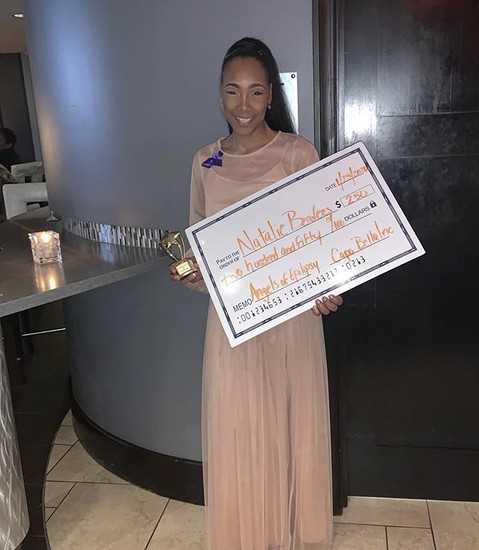 Angels Of Epilepsy Foundation & Advocacy was so excited for our very own Natalie Y. Beavers, for receiving "Entrepreneur Of The Year" at the Capo Bella Inc.'s Supporter's Choice Awards Gala in Atlanta on January 25th!

Natalie Beavers founded Angels Of Epilepsy, Inc. in 2008 before her final brain surgery and it has assisted over 2,000 survivors and families in Georgia, several other states, and around the world. 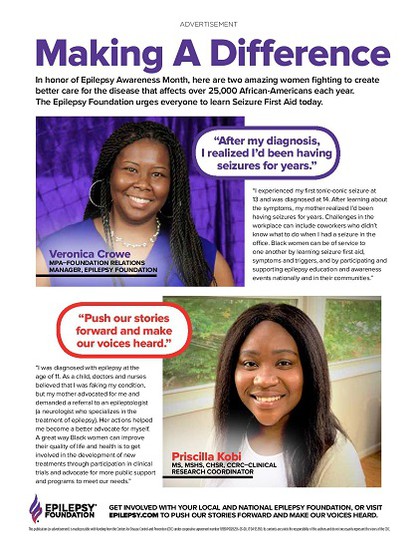 "Black women can be of service to one another by learning seizure first aid, epilepsy symptoms and triggers, and by supporting epilepsy awareness events nationally and in their communities.” 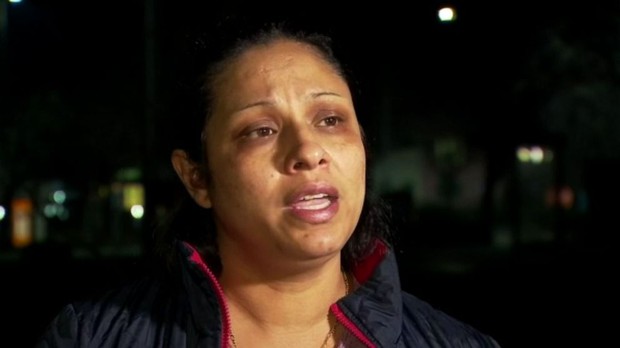 A 16-year-old boy with autism was handcuffed by police officers who attempted to arrest him after he suffered from an epileptic seizure at a fast food restaurant.

Lourdes Ponce said her son had just left the doctor after suffering from epileptic seizures when they went to an El Pollo Loco fast food restaurant in central Fresno, California, according to ABC News' Fresno station KFSN.

Those seizures, however, returned when he went to the bathroom at the restaurant and his mother heard him hit the floor.

"I stood outside the door, I heard him hit the floor, I tried to open the door but it was locked, that's when I asked for help," said Ponce. "We called paramedics for help, we did not call police. He was not hurting anybody; he was having a seizure." 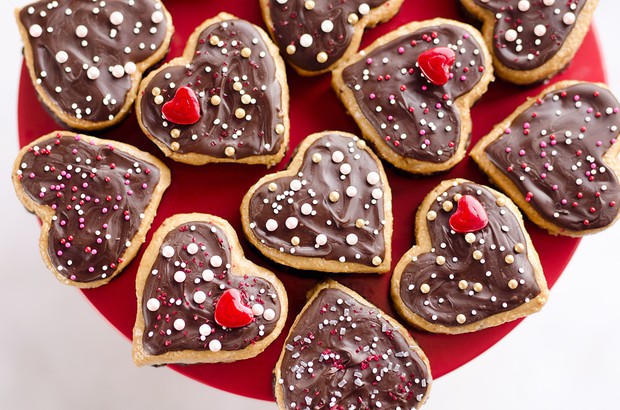 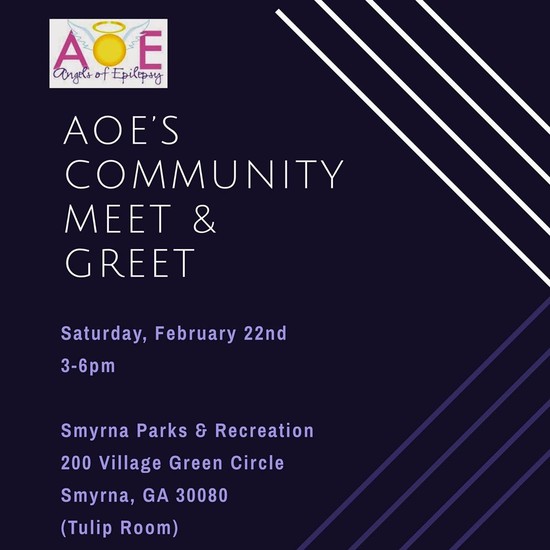 Join Our "I Am ME" Campaign!

I AM ME: Sabrina Mack
MAKE A DONATION