Welcome Back to School Option 1 Students!

On Tuesday, February 23, we welcomed half of our Option 1 (Face-to-Face) students back to the building! On February 25, we welcomed the other half! It is hard to explain how nice it is to have students in the building again. Since our students have returned, we have received several parents' requests to move their child(ren) from Option 2 to Option 1. Please understand that due to social distancing requirements, we may not be able to accommodate additional students who wish to change their selection from virtual to in-person instruction. For parents requesting changes to in-person instruction, we will do our best to accommodate the requests; however, it may not be possible if classes are at capacity. All requests for option changes should be sent to me at Claire.Leblanc@VBSchools.com.

As we return Option 1 students to school and begin teaching students concurrently (F2F and remote at the same time), Option 2 students are asked to turn their cameras on to help students at home and those in school feel more connected. We ask that cameras be left on during live instruction and group work. Cameras may be turned off during independent work. 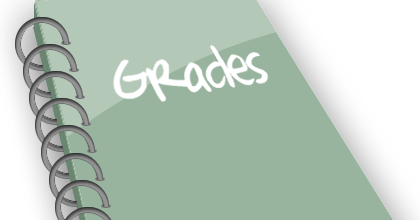 Hello From the Ocean Lakes School Counseling Team. We have completed the first part of the course selection process for the 2021-2022 school year. You can view your child’s selections by logging into parent vue or student vue on laptops, Chromebooks, or desktops. Click on the course request tab on the left-hand side. You will see the list of courses your child selected. Please complete the google form linked below to confirm that you have seen your child’s course selections. You can also use this form to request any changes you may want to make.

The school Counselor will make changes to course requests until April 2, 2021. All changes must be initiated and approved by a parent or guardian.

The memo that went out last Thursday regarding daily attendance procedures has generated many questions and some confusion. The memo's purpose was to provide information about revisions regarding taking attendance for Option 1 (face-to-face/F2F) students. Teachers must now mark any Option 1 student absent if they are not physically present in class. If an Option 1 student participates virtually, they are still to be marked absent. This will trigger an automatic notification to parents. A parent note is required to determine whether the absence is excused or unexcused. Notes can be emailed to the teacher for single block absences or to Tira.Hills@vbschools.com in the Attendance Office for all-day absences. When a student reaches 12 unexcused absences, they must apply for an attendance waiver. Attendance waivers will be available in May.

The change in attendance procedures for Option 1 students was made because there have been instances of F2F students not attending school unbeknownst to their parents. Thus, the change is primarily for accountability purposes. The school needs to know who is physically present in the building, and parents need to know that their F2F students are attending school.

A student will not fail because of absences if the absences are excused, they are participating remotely or otherwise engaging with the material, and have a passing grade. Parents may be inconvenienced with writing notes or having to apply for a waiver for their student. If the student makes staying home a habit, the administration can call and ask that they be switched to Option 2 (virtual) to open a seat for another student who wants to attend F2F. I hope this explanation helps. If you have questions, please email me at Claire.Leblanc@VBSchools.com.

If you choose to drive your student to school and/or pick them up after school, please follow Schumann Drive's signs for Student Drop-Off and Pick-Up. You will enter the school grounds near the marquee and proceed to the student drop-off/pick-up area located in the student parking lot. We will have staff members outside to direct you on whether to park and wait for a signal to release your student (or pick them up). Please note that no student will be allowed to enter the building before 7:00 am.

Please use the link below to access information regarding attendance procedures. Attendance procedures will be paperless to mitigate the spread of COVID-19. Note: 9th and 10th-grade students must have parents come into the building to sign students out at the security desk. Bring a phone to use the QR code for paperless sign-out.

The spring non-writing SOL dates are listed below, and the Master Testing Calendar will be updated to reflect these dates on Monday. On June 1 through June 4, we will have a second bus run for high schools. All option 1 and 2 students who need to take a test on a date listed below may get on a bus in the morning. Transportation will do a second bus run after 10 and bring A-K or L-Z students (based on the existing hybrid schedule) who did not need to take a test to school, arriving about 10:30 am. More specific information about the second bus run will be communicated via memo as in previous years.

As you may have heard, College Board will launch its inaugural BigFuture Days, a regional series of virtual college fairs for high school sophomores and juniors. The event is designed to help connect students with colleges, admissions officers, and college students to establish connections and plan for tasks like building a college list and identifying scholarships to apply for. Click here for more information.

There have been questions around spectators at athletic events. For the sports noted below, a limited number of spectators will be permitted to attend contests. The Governor’s Executive Order 72 was changed to permit up to 250 spectators at outdoor events not to exceed 30% of the venue’s rated capacity. Spectators must maintain 10 feet of physical distancing. Prior identification of individual spectators is not required. Any incidences that arise requiring the contract tracing of spectators would be administered by VDH and not VBCPS.

With some students back in the building and sports underway, clubs and organizations are also back. Some rules must be followed regarding meetings: 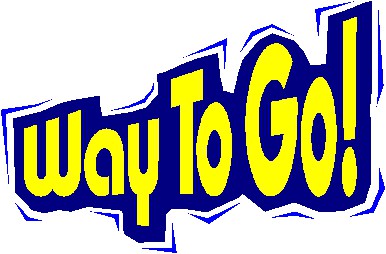 The Dolphins finished second in the state team gymnastics competition behind Fairfax High School. The difference between the two teams was 0.635 points! Leading the way for the Dolphins were Kara Lee, Samantha Lee, and Brooke Gunter.

Ocean Lakes won the Class 6A boys swimming and diving team championship last week. Sophomore Bobby DiNunzio and senior Ryan Hillery had particularly outstanding performances for the Dolphins. The Dolphins became the first boys' team to capture the championship in the VHSL's highest enrollment category since 2012 when Cox won the title. Since then, no team outside Northern Virginia had placed in the top two. A true testament to teamwork!

In the girls' Class 6A competition, Ocean Lakes was 18th. OL freshman Kayleigh Duffy took fourth in the 50 free and seventh in the 100 free. Her teammate Sydney Soto was eighth in 1-meter diving.

Last week, our wrestlers did a fabulous job representing OLHS in the 6A State Wrestling Tournament. Special recognition goes to the following four state place winners:

The Ocean Lakes Boys' Indoor Track team finished in 3rd place in last week's state meet. Glenn Skinner placed first in the 300m dash and 3rd in the 55m dash. Owen Lipps won the 1000m race while Hayden Oglesby came in 2nd in the 500m dash. Many members of the team posted personal bests, which is all you can ask. 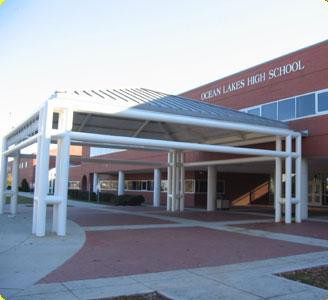 @oceanlakeshs
In partnership with family and community, the mission of Ocean Lakes High School is to provide a safe, challenging, and innovative learning environment in which all individuals are encouraged and empowered to achieve their potential as contributing citizens of society.
885 Schumann Drive, Virginia Beach, VA, USA Claire.Leblanc@VBSchools.com (757) 648-5550 oceanlakeshs.vbschools.com/

Follow Claire Le Blanc
Contact Claire Le Blanc
Embed code is for website/blog and not email. To embed your newsletter in a Mass Notification System, click HERE to see how or reach out to support@smore.com