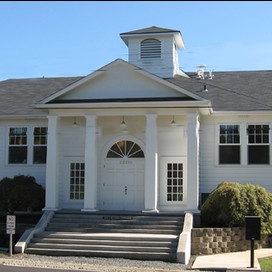 Get email updates from West Linn-Wilsonville:

The West Linn-Wilsonville School Board held a public meeting on Monday, January 11. The following are highlights from that meeting.

The award represents a significant achievement, reflecting the commitment of the district and staff to meeting the highest principles of governmental budgeting. In order to receive the award, school districts must meet nationally recognized guidelines for effective budget presentation. Those guidelines are designed to assess how well the district's budget serves as:

Budget documents must be rated "proficient" in all four categories and in the 14 mandatory criteria within those categories to receive the award. The Government Finance Officers Association (GFOA) advances excellence in government finance by providing best practices, professional development, resources, and practical research.

Former Wilsonville Mayor Tim Knapp finished his last term this fall, wrapping up an illustrious career in the City of Wilsonville. He spent 17 years on Wilsonville's City Council and the past 12 years of Mayor.

Former West Linn Mayor Russ Axelrod also finished his last term as Mayor this past fall, capping five years in the position. The two city leaders notably wrote a joint letter in support of the district's 2019 Capital Bond, and have been steadfast partners in the school district's work the past several years.

The West Linn-Wilsonville School Board approved the proposed timeline for transitioning to in-person learning as presented by Superintendent Dr. Kathy Ludwig during Monday night's meeting. The Board addressed the importance of the decision, noting the more than 400 public comments that were submitted regarding the topic of reopening.

Director Dylan Hydes proposed an amendment to the presented timeline, requesting it be moved up one week to start February 1 for the district's youngest learners with a starting date of March 1 for all middle and high schools. Ultimately, the Board approved the originally proposed plan with the following timeline:

There is currently no timeline for grades 6-12. The district will await new Ready Schools, Safe Learners guidance from the Oregon Department of Education on January 19 in addition to monitoring advisory health metrics in consultation with the Clackamas County Public Health Department before making an announcement.

Jeremy Gingerich explained that the district has been given an unmodified opinion, indicating a "clean audit", which is the highest level of opinion. Last year, the Government Finance Officers Association (GFOA) awarded the West Linn-Wilsonville School District with the Certificates of Excellent and Achievement in Financial Reporting.

The full CAFR can be found on the district website. 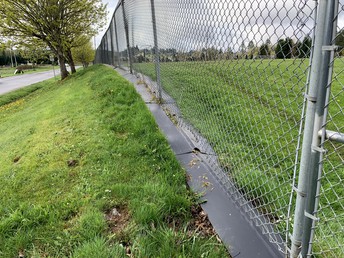 District staff presented the annual IPM Plan for official adoption during the Jan. 11 meeting. The District decreased the number of herbicide applications and amount of herbicides used again during the 2019-20 school year.

The decrease is thanks in part to fence guard coverings, community volunteerism, and other efforts to minimize the use of herbicides on school grounds. No application was made to reduce the spread of weeds, and no applications are ever made for aesthetic purposes nor for preventative purposes. The district expects to have fence guards in place for all district properties within four years, which will decrease herbicide use even further.

The full memo and report can be found in the Jan. 11 Board Meeting Agenda.

January 25 — School Board Work Session: The West Linn-Wilsonville School Board will host a work session on Monday, Jan. 25 beginning at 5 p.m. 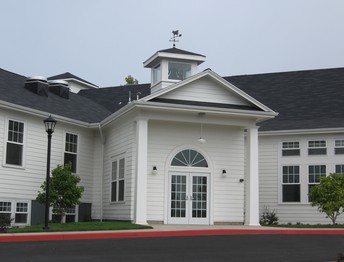 Facebook @wlwvdistrict
The West Linn-Wilsonville School District is nationally recognized for its high student and staff achievement, including one of the top graduation rates in the State of Oregon. West Linn-Wilsonville serves nearly 10,000 K-12 students across 16 schools in West Linn and Wilsonville, with a mission of creating learning communities for the greatest thinkers and the most thoughtful people for the world. WLWV strives to provide challenging education opportunities that prepare students to be college and career ready.
22210 Southwest Stafford Road, Tualatin, OR, USA kilstroa@wlwv.k12.or.us 503-673-7012 wlwv.k12.or.us