"Trust is the glue of life. It is the most essential ingredient in effective communication. It's the foundational principle that holds all relationships."

Show Your Love for Adams! The APA will be running our Direct Donation Drive from Monday, February 10 to Friday, February 21. During this time, we are asking for donations that will directly fund two pieces of playground equipment, one for each playground. Our goal is to raise the funds so these stand-alone features can be installed over the summer and ready for fun by the beginning of next school year!

Please look for envelopes coming home with your students toward the end of next week. Thank you for your support!

To mark this event, Adams Library will be hosting reading volunteers during library from Mon Feb 3 through Friday Feb 7! Please contact echo.rue@corvallis.k12.or.us if you'd be able to come in as a guest reader during library time. We can work together to choose the book you'd be reading. If you want to read in your native language, this is encouraged! Please know we have access to books in English and other languages!

The library community understands the importance of reading, both as a powerful tool for learning and a critical skill for kids to be successful in school and beyond (and it’s fun!). Currently, more than half of Oregon third-graders are reading below grade level, which is a significant issue for our communities. SMART Reading, a statewide children’s literacy nonprofit, is raising awareness about the importance of reading with kids in honor of World Read Aloud Day on Feb. 5, 2020.

World Read Aloud Day is an international observance celebrated by millions of people worldwide that aims to advocate for literacy as a fundamental human right. This year, SMART Reading has issued a challenge to get 10,000 Oregonians to take the Reading Matters pledge and read aloud with children in their lives on Feb. 5.

With the short week, everyone got in at least one session. After a warm-up, we played Polar Bear Tag, a game where polar bears are chasing down seals. I found out this tag version is "Infection" on the playground. Students did more predator-prey tag with a rock-paper-scissors game. We reviewed some ball handling drills, then played a game called "Hot Spots" in which teammates earned points by making baskets from different spots on the court.

Last week's AIM Class Challenge was won by Mrs. Soot's class with 120% participation (students, teacher, aide, parent, sibling added in). Mrs. Davis was second at 115%, and Mrs. Sussman was third at 112%. It's competitive out there. Saffin Wrolstad is at nearly 130 miles, and his brother, Keiron, just eclipsed 100. With just half the year done. almost 110 students have reached 10 miles, and about 2/3 that amount for each 10 miles after that. The school total so far is over 3000 miles, a record pace!

About 80 students and parents attended the open gym at Peak Elite Gymnastics. Thanks for coming to this annual, free event. February will be Heart Health Month, followed by our school Wellness Month in March. Besides daily challenges and weekly special events, a part of that month will be another effort to support the American Heart Association.

We will be having our next Dine-Out on Tuesday, February 11th at Sky High Brewing! Come dine between 4-10pm to support Adams Elementary. There's no need to show a flyer, just mention Adams when you order. The fundraiser applies to dine-in customers only, take-away orders will not count. 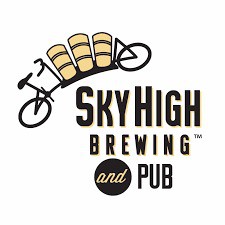 Come join us Friday, February 21st at 6:00 at Adams for a family movie and board game night!

The APA is hosting a FREE fun night of hanging out and enjoying some time together as a community, so bring the whole gang!

We will have two movie options, one in the gym and one in the library, and we will also have board games in the art room. Feel free to bring snacks, sleeping bags, comfy cushions and low backed seats so you can kick back and relax!

This is NOT a drop off event, parents must attend with their children! We hope to see you there!

Cards and Magnets Needs Your Help!

Each spring parents can purchase cards and/or magnets featuring their child’s artwork. This year we are forming a committee to help with each of the tasks necessary to continue this awesome tradition.

Groups of parents are needed to help:

• Crop and size each image

If you are interested in helping out, please click herehttps://signup.com/go/htchuhd and feel free to sign up for more than one part of the project. Photographing will begin in January, while the other tasks will be completed throughout the spring. Most jobs can be completed at your convenience. If you have any questions, please email Nicole and Sara at volunteeradams@gmail.com.

Each Box Top clip is worth 10 cents...and they add up! There are 2 ways to collect and donate your Box Tops. Box Tops for Education is going digital, and in the transition they are accepting both clips and scans.

If your package has a traditional Box Top clip, cut it off and send it into school.

If your package has a Scan Your Receipt Box Top, download the free Box Tops for Education App, set your school for Adams Elementary School, and scan your grocery receipts. It's fast and easy!

The next Box Tops submission is due March 1st, but we will be accepting Box Tops all year.

Practice Battles for OBOB have begun! Official Battles will begin February 10th and will be held during morning recess (9:45-10:05). It is double elimination so teams are still in it until they lose twice. We will announce our winner that will go on to Regionals on February 26th. Parents are welcome to come and watch but no video taping is allowed. Battles and locations will be posted on the glass display case. Remind your child to check the display case DAILY & keep on reading those BOOKS!!! 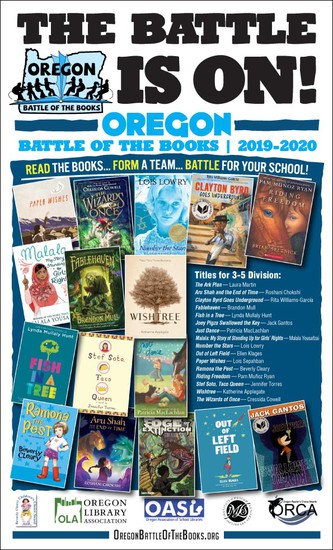 We will cover how to use the copier and laminating machine and general school information and then if you are interested you can also have a library orientation and training if you would like to help in the library too. The next volunteer trainings will be held this Monday Jan 27th and Monday Feb 24th from 12:30-1:00. Please meet in the office and have completed the online volunteer application with background check online prior to volunteering (available on the school website).

ALL VOLUNTEERS- SAVE THE DATE! In this season of gratitude, we are planning ahead to hold a Volunteer Appreciation Event Wednesday May 13th from 7:30-8:30am. A short program will begin at 7:30 until the first bell. Then we will continue with a coffee social until 8:30 in the Library. We love our Volunteers at Adams! 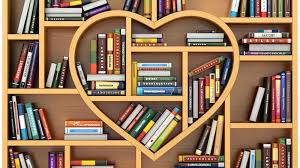 Our Fine Arts Night isn't until May but Mrs. Sanders needs our help now mounting art! This can be done on your own schedule at school or in the comfort of your home. Please contact Mrs. Sanders at rachael.sanders@corvallis.k12.or.us to get started or if you have any questions. Thank you in advance for your time and effort in helping to make this amazing event such a great success!

Community flyers are now shared on the Corvallis School District website! Learn about programs, sports, and opportunities in our community. Flyers posted this week are listed below:

Please visit the community flyers page for all current flyers:

Follow Beth Martin
Contact Beth Martin
Embed code is for website/blog and not email. To embed your newsletter in a Mass Notification System, click HERE to see how or reach out to support@smore.com
close