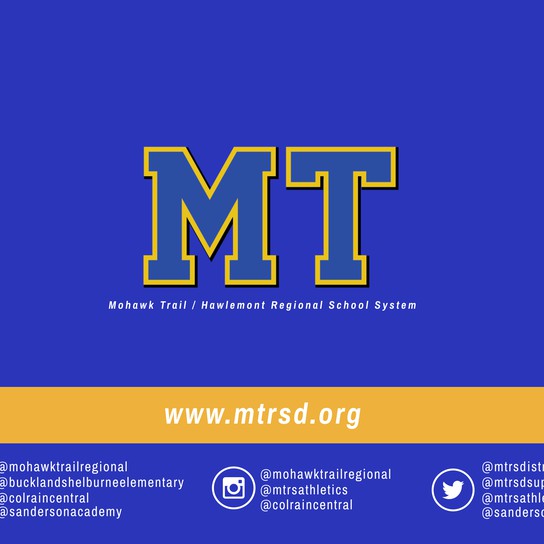 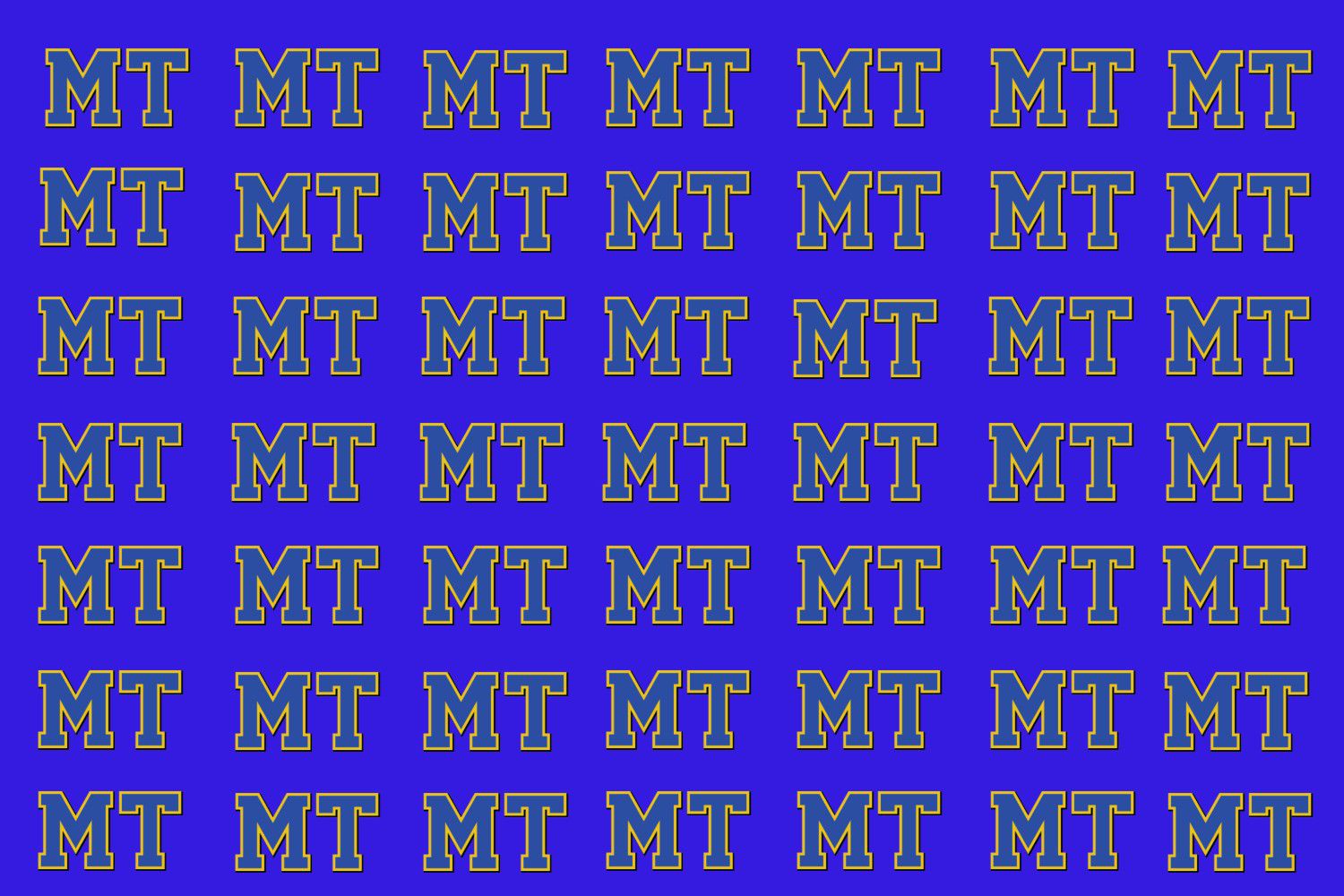 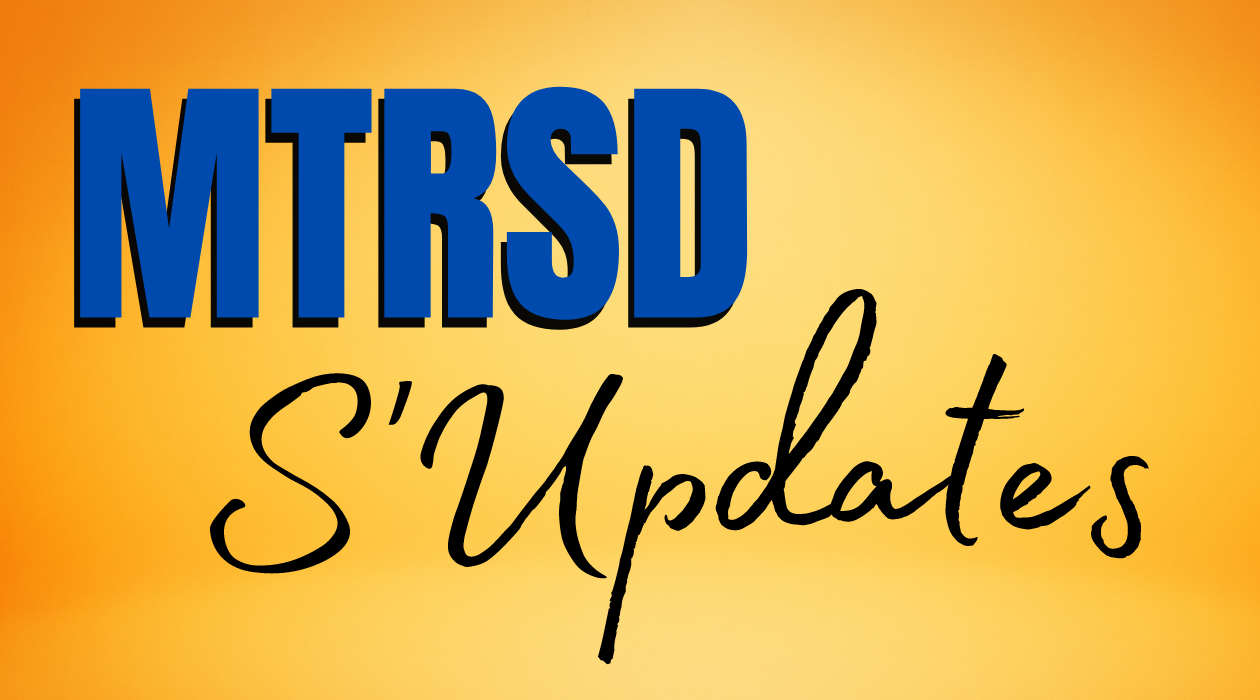 As we head into April break, I realize how quickly this school year is flying by! We're now into the busiest season in our school year - with lots of events and celebrations to come over the next two months.

I wanted to thank our community again for your flexibility as we continue to navigate any challenges that COVID-19 throws our way. To our staff who consistently step-up to the plate to tackle whatever comes our way, to our incredible students who adjust to changes, and our caregivers who lend a hand or offer support to our schools whenever needed. We are fortunate to have an amazing, supportive school community. It truly is what makes our district an amazing place to learn and grow.

I hope this spring break you have a chance to do whatever it is that makes your hearts happy - read a good book; visit with a friend; go for a walk; or maybe even visit someplace fun!

Don't forget to add these to your calendar and join us!

May 26 - MTRS Spring Concert at BSE

Be sure to check your school's calendar for additional events and details.

Last week we experienced an uptick in COVID-19 cases at Buckland-Shelburne Elementary School which required the school to return to indoor masking procedures at the request of the local board of health until our surge in cases decreases. As I shared in my March 11 S'Update, remaining flexible during this time is key and making adjustments may be necessary when cases rise. Thank you to our students, staff, and families for making this adjustment.

A reminder to practice those mitigation strategies whenever possible: get your COVID-19 vaccine or booster; wash your hands; and stay home when you are feeling unwell.

It's not too late to sign-up your child/ren up to participate in any of our testing programs (pool, at-home, symptomatic in-school testing)! If you haven't yet, but would like to, please contact our COVID-19 Nurse Leader Donna Weber via email.

Budget flyers are now available on our website! Visit www.mtrsd.org/Business-Services and click on the FY23 Budget Materials button to access the town flyers, budget booklet, and presentation.

And, as a reminder, the town meeting dates are:

On April 12, MTRS students hosted a virtual arts panel to showcase the variety of programming offered at the school. The event was recorded and we encourage prospective and current students and caregivers to check out the video below to learn more!
MTRS Student Arts Panel 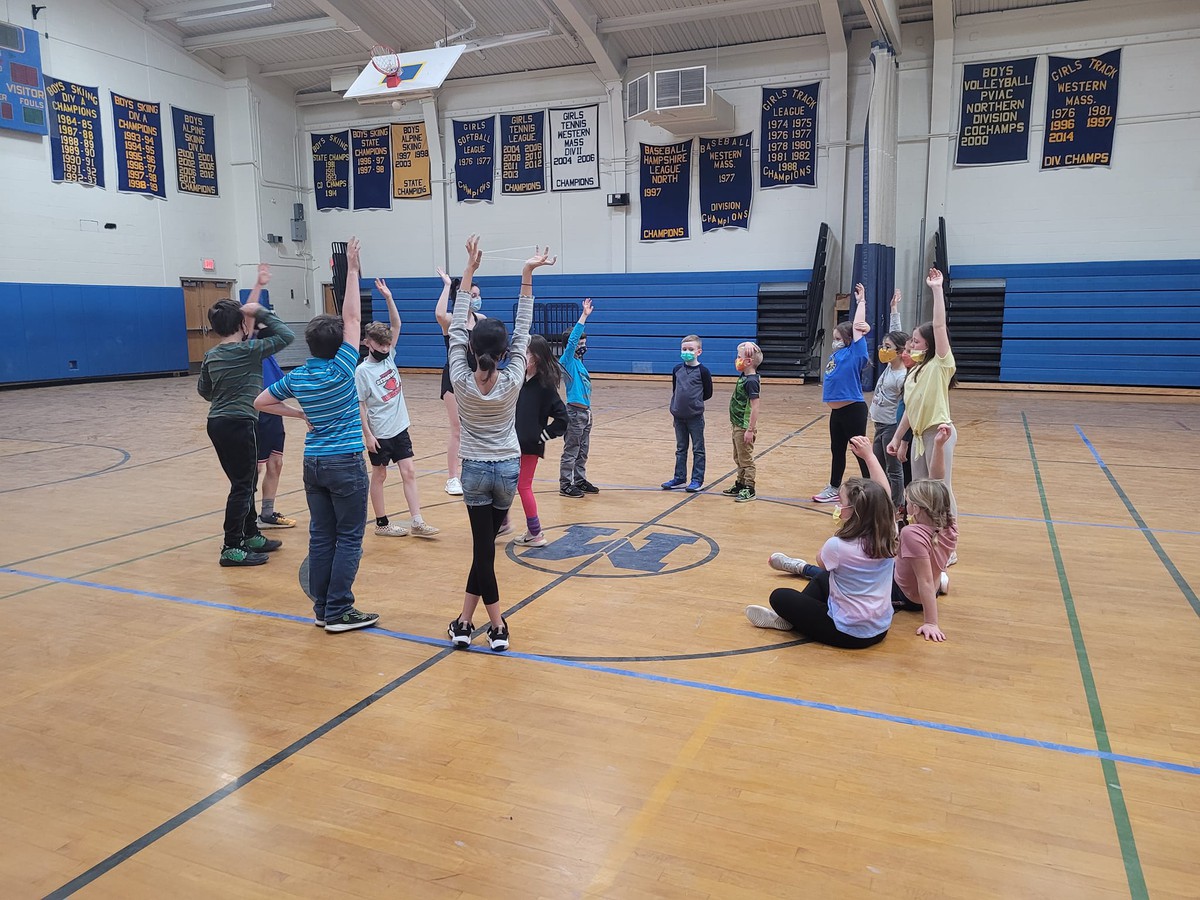 Last Friday, our Community Engagement and Enrichment Programs (CEEP) hosted a Parents Night Out at MTRS. Students from our elementary schools were invited for a free night of fun at MTRS to play games and catch a movie in our auditorium. THANK YOU to MTRS senior Avery DuPree for being an assistant for the evening. We love when our MTRS students serve as leaders and role models for our younger learners. What a fun evening for everyone! Thank you again to all the caregivers who shared their children with us and we hope you had a GREAT night out! 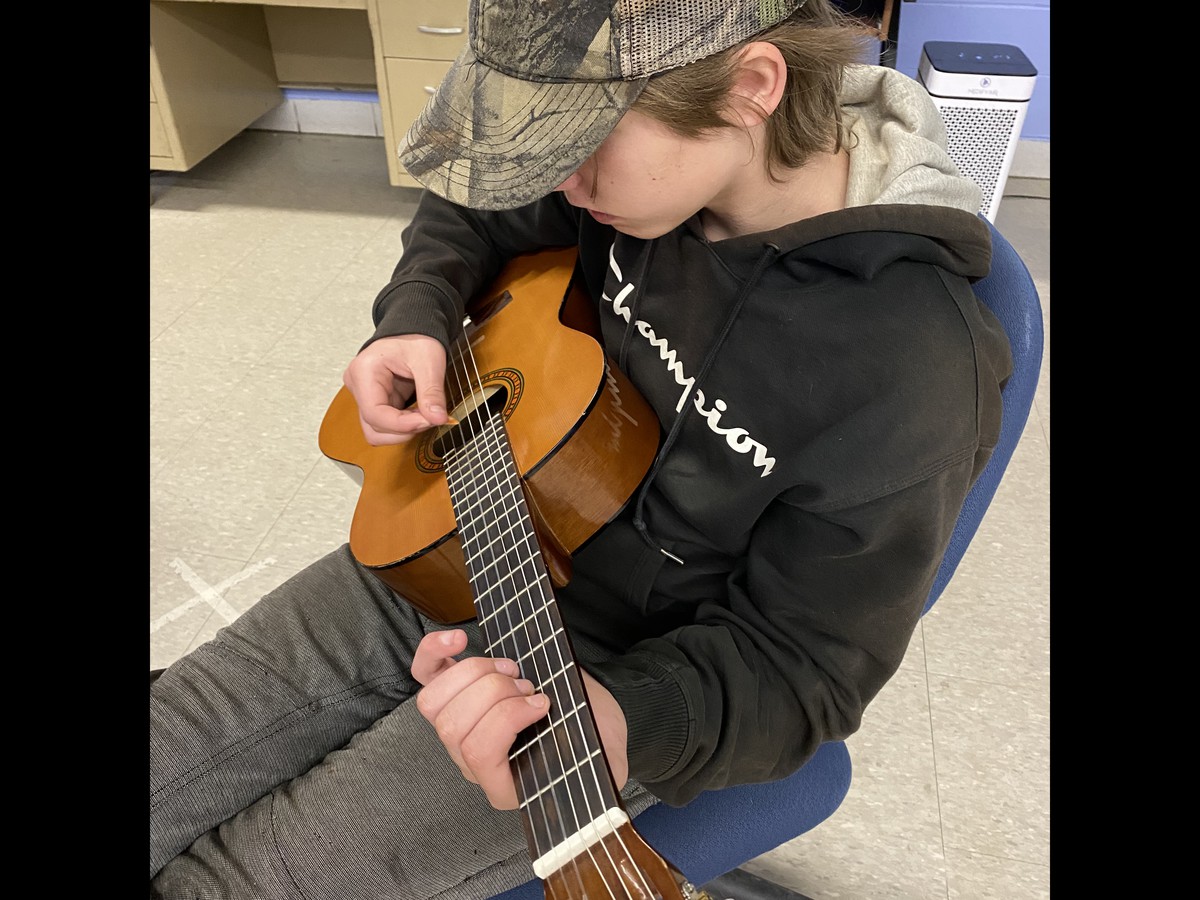 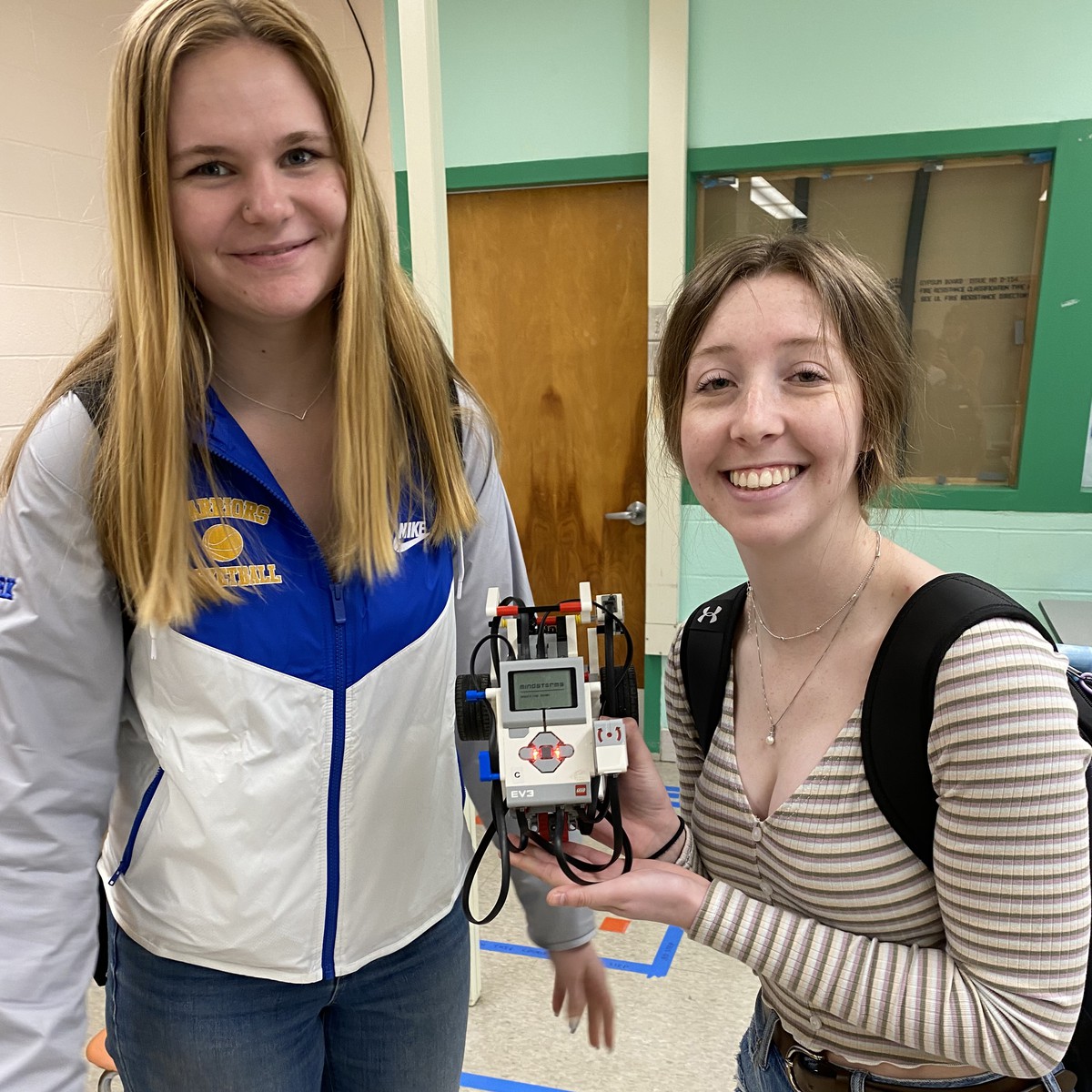 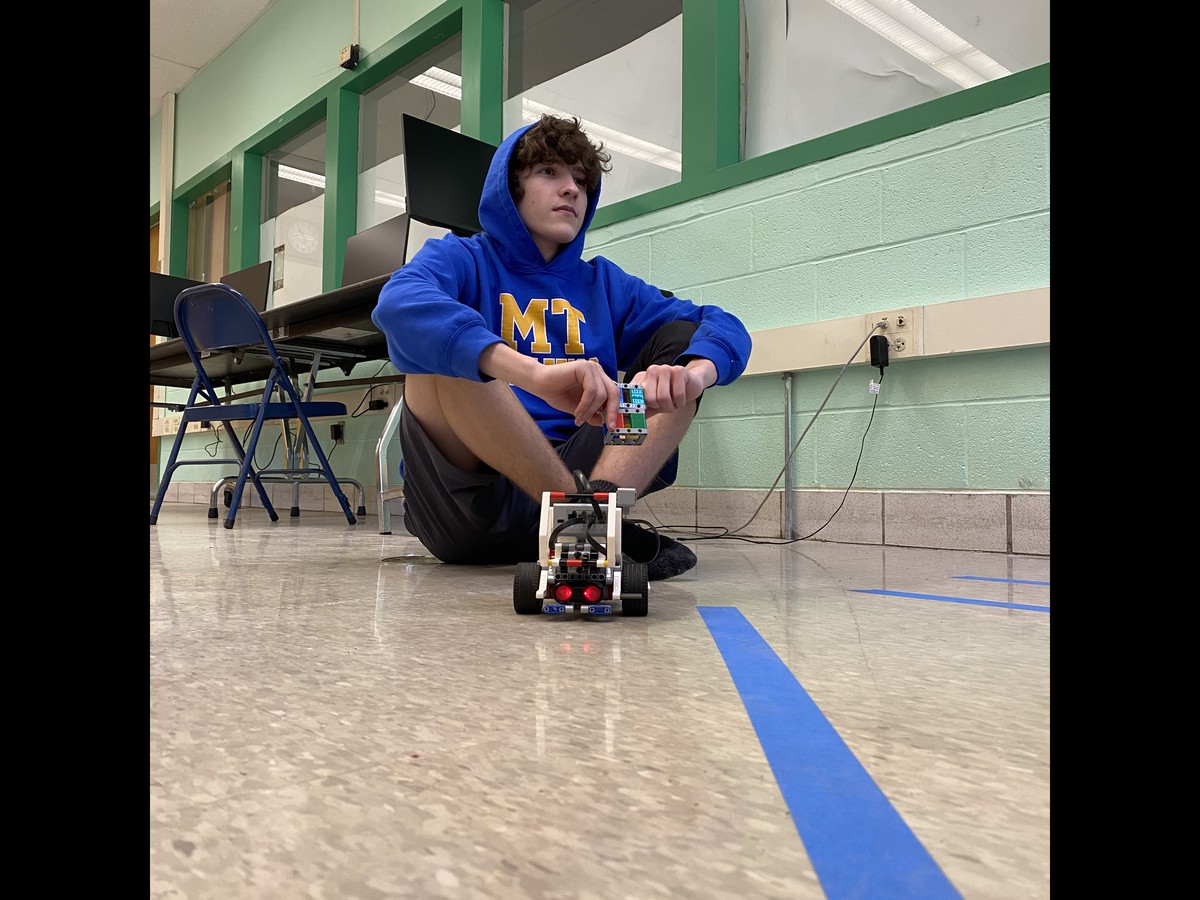 Spotted around school by MTRS Assistant Principal Zamer last week -- MTRS students practicing their music and problem-solving in robotics class. We love seeing our students in action, thinking critically, and being creative!

A great big THANK YOU to our community for their support and efforts to help renovate the MTRS softball field! This week, AD Vouros shared pictures of the progress and wanted to express appreciation to softball coach Sherri Lannon, assistant softball coach Steve Coutu, community member/MTRS parent Jeff Rumgay (on the tractor), MTRS facilities staff Roger Bump, and to the MTRS softball team, and boys track team for their hard work. 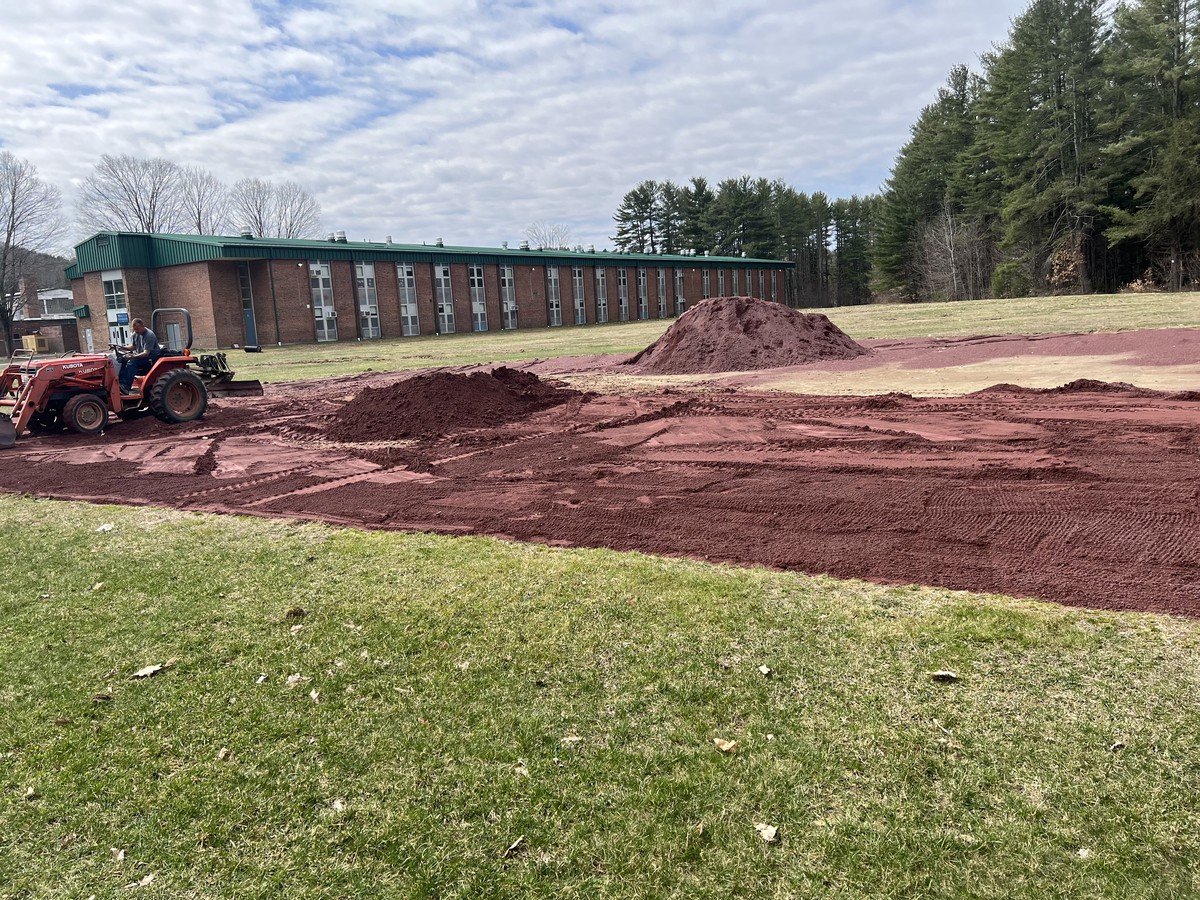 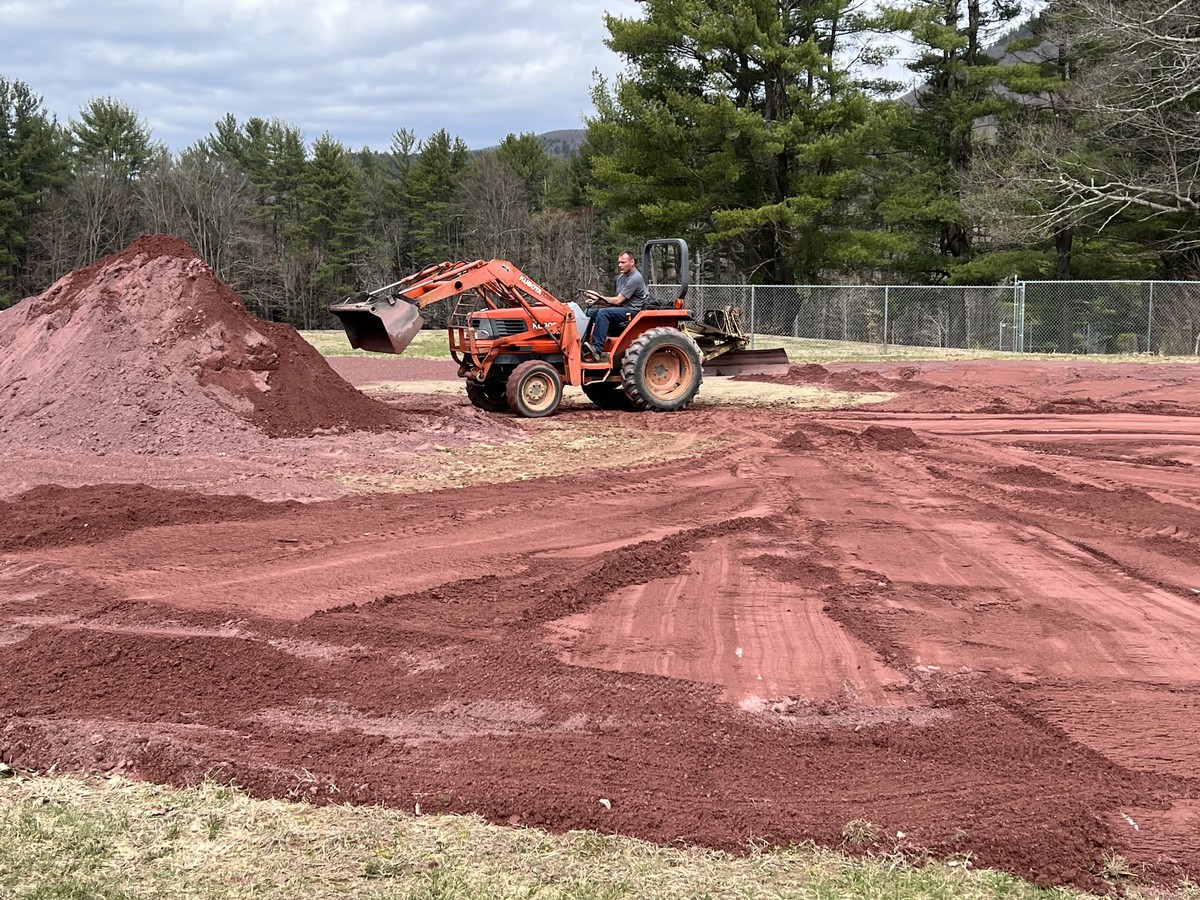 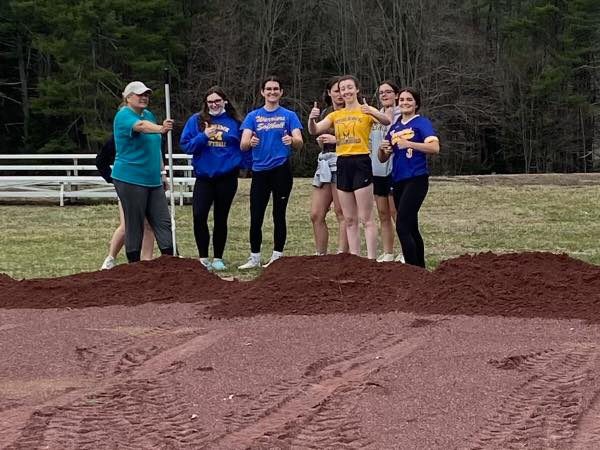 "It was important to me to show everybody that they're not alone and that they have the whole community behind them,” said Hager. “And also to be able to … start something that can help make change."

This emotion was closely echoed by King, "By having a walk out and showing the kids in Texas, Florida, and Idaho and all the places like that that they aren't alone will make them feel slightly better about the situation."

MTRS principal Chris Buckland states MTRS strives to be a safe place for those who identify as part of the LGBTQ community and a school that supports diversity and inclusivity.

“I was pleased that we were able to support a student-led initiative,” said Buckland, “ [and] students were interested in participating in something that underlines how important it is to be a school that celebrates and welcomes diversity, equity and inclusivity.”

MTRS teacher and MTEA advisor Tamara Brown conveys that MTRS empowers students to support and understand each other while educating students on gender and sexual diversity as well as providing staff with trainings on how to best support LGBTQ youth. Nearly 80 percent of the student population (both middle and high) came together to voice their disdain for the hateful anti-LGBTQ movements.

"It makes me feel better being at school knowing I have so many people who are here to support me if I need it, and for other people too," said King.

The walkout was completely student-led with the support and available resources of administration as well as MTEA advisers. Both parties expressed how proud they were that students were brave and passionate enough to take action even against possible backlash.

“I hope that every young person feels this kind of passion and deeper connection to something bigger than themselves. I hope they always stand up for what they believe in, while also being open minded enough to listen and learn from others' perspectives on the same issues,” said Brown.

Join us on Friday, May 6 at Colrain Central School as we host our Family Literacy Night & Student Art Show.

We're looking for gently used book donations for children and adults to be used in our free book swap! Have something to donate? Contact Principal Amy Looman at alooman@mtrsd.org. 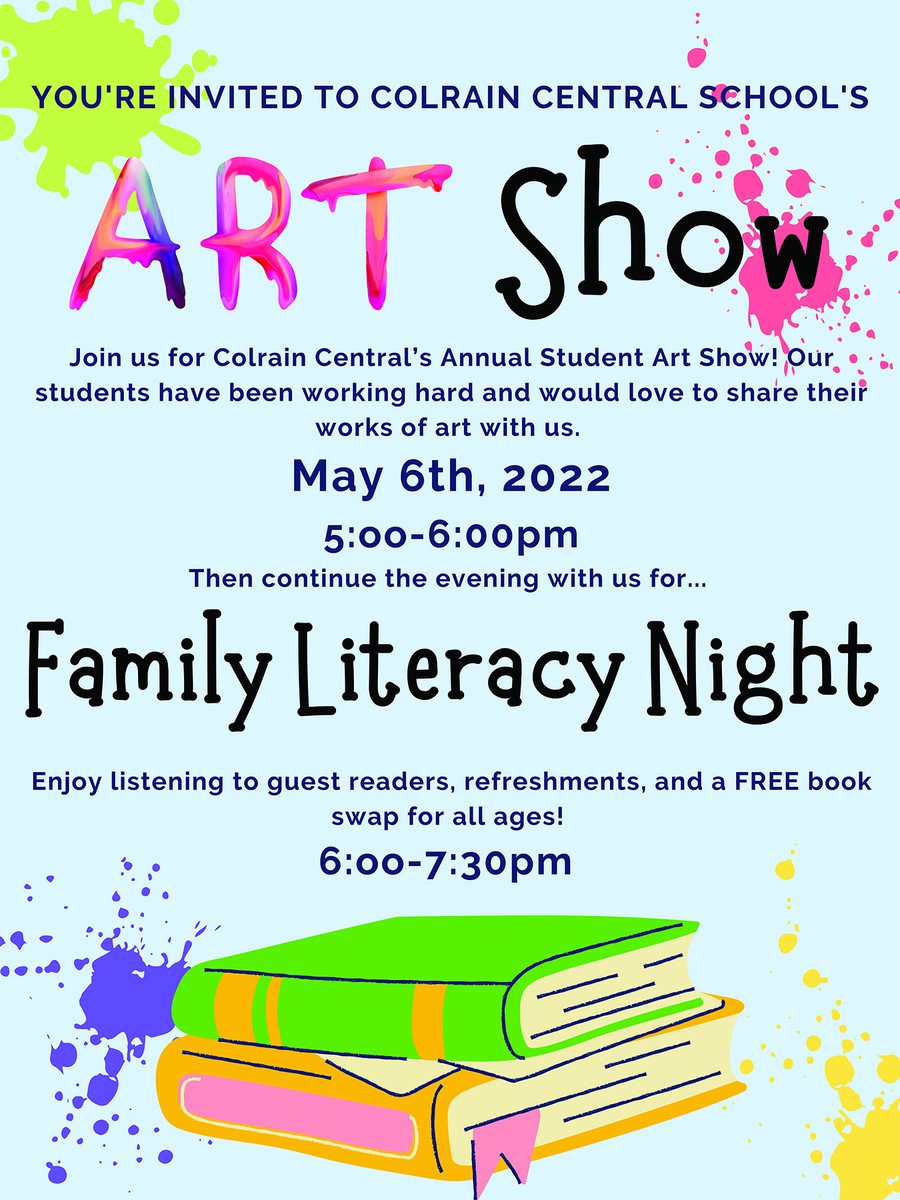 YOU have stuff to sell and THEY have space for you!

Help us FILL THE FIELD and sign-up to be a vendor today!

*Bringing your own pop-up/EZ up tent is encouraged*

((Note: You keep all the proceeds from your site sales!))

To sign-up, email: MTRSstuco@mtrsd.org and include subject line: "May Tag Sale"

To save the date and/or spread the word on social - visit the Facebook Event listing here: www.facebook.com/events/710332093667231 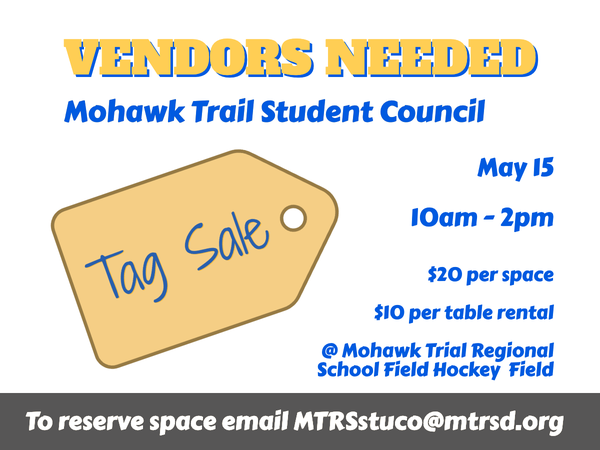 Here's what you may have missed this week: 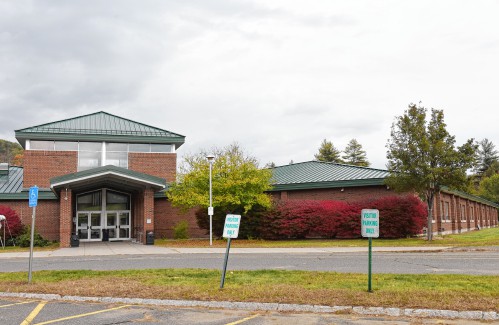 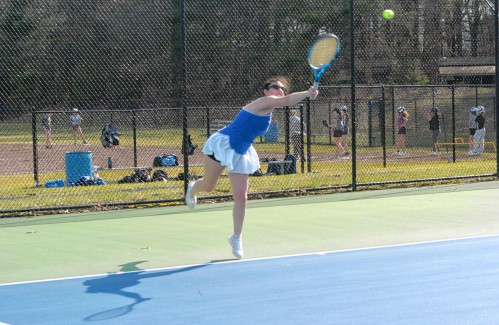 Wednesday was a great time for Mohawk Trail's Avery Dupree to get her first win of the season.Taking on Turners Falls' Steph Peterson at No. 1 singles, Dupree came away with a 6-0, 6-0 victory, helping lead the Warriors to a 3-2 girls tennis team win... 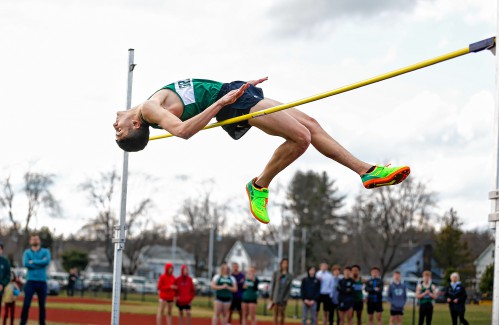 GREENFIELD - Greenfield's Liviu Mihailicenco surprised himself on Friday in a track meet against Frontier. The senior entered the season hoping to beat the Green Wave school record in the high jump of six feet, seven and one quarter inches, which was... 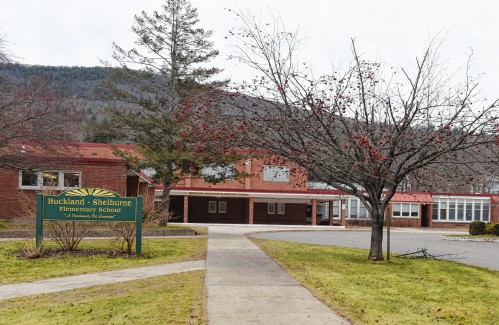 SHELBURNE - Following an uptick in cases of COVID-19, masks will be required at Buckland-Shelburne Elementary School through the end of this week. Required masking throughout the Mohawk Trail Regional School District ended on March 31, and while cases have been down locally, the school on Mechanic Street has seen a spike in COVID-19 cases over the last two weeks, according to a post on Buckland's town website.

Thank you to the Sanderson Academy PTO for hosting a fun-filled BMX bike demonstration this week! 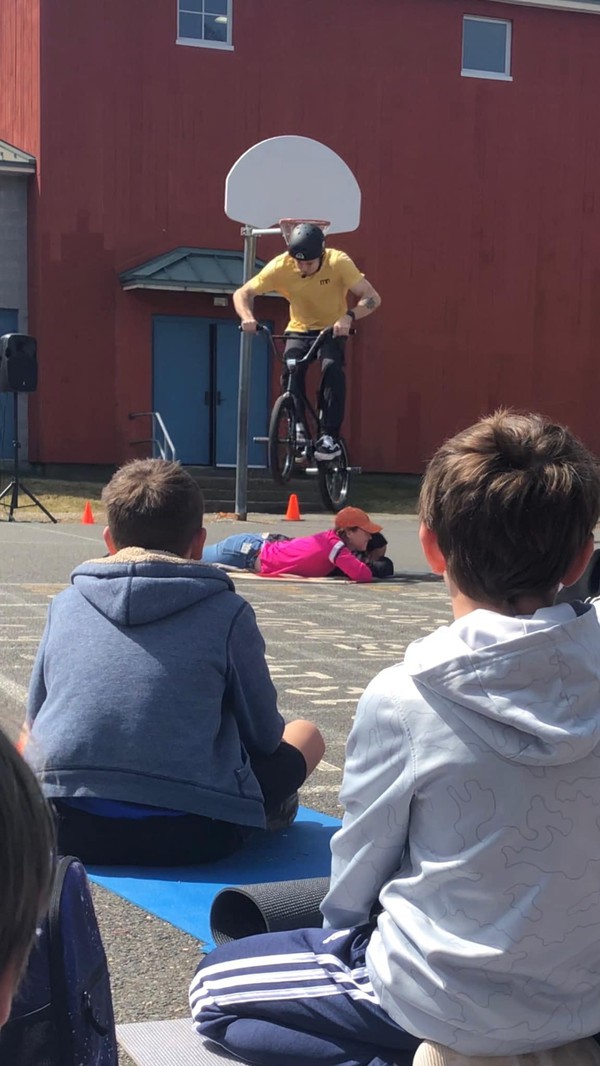 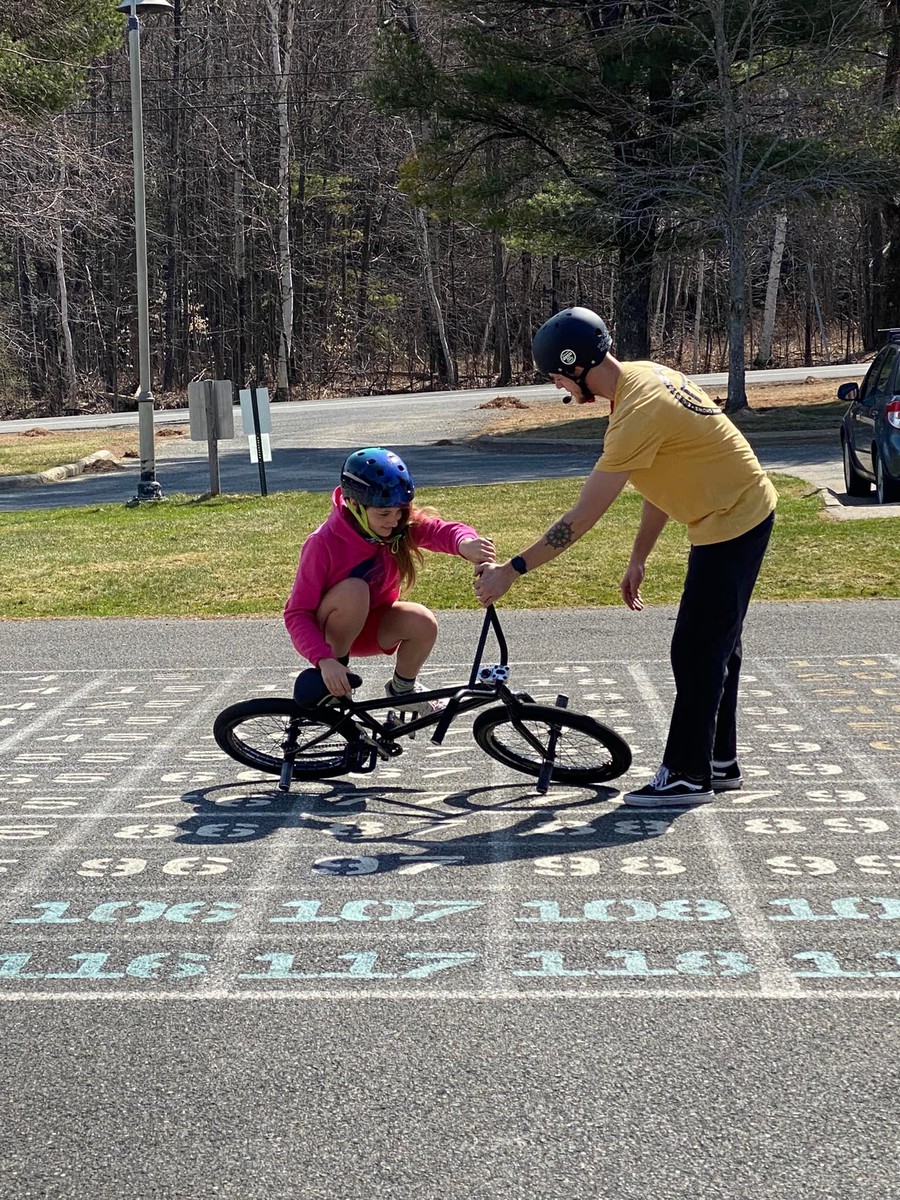 Mohawk Trail SEPAC Facebook Page
The SEPAC is a self-governing body (creates its own by-laws and operational procedures) and is open to all parents of children with disabilities and other interested parties. All are welcome. 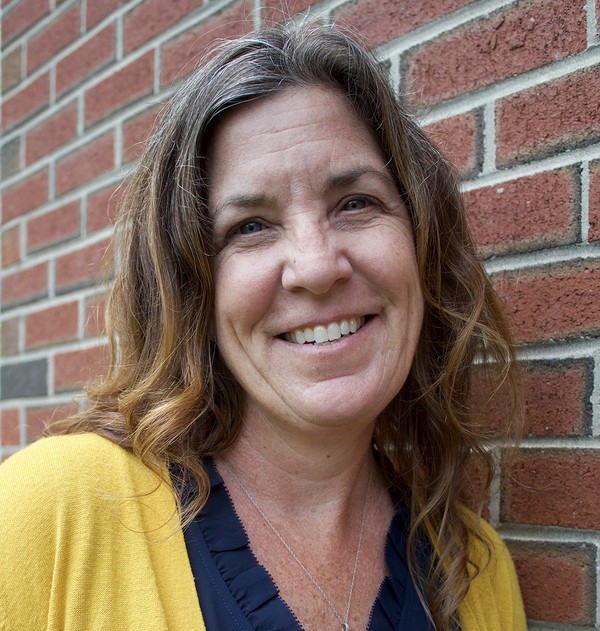