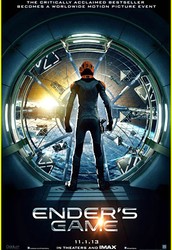 Calling all 7-2 Readers! Between now and May 30th, you are invited to read the award-winning science fiction thriller by Orson Scott Card called ENDER'S GAME. This is the first book in an exciting science fiction, adventure series!

In the near future, a hostile alien race has attacked Earth. In preparation for the next attack, the highly esteemed Colonel Graff and the International Military seek to find a future leader who can save the human race. Ender Wiggin, a shy but strategically brilliant young mind, is recruited to join the elite, where he's trained to lead his fellow soldiers into an epic battle that will determine the future of Earth.

Read ENDER'S GAME between now and May 30th and join us for LUNCH BUNCH BOOK BUNCH in Ms. Johnson's Room on May 30th, June 2nd, June 3rd, and June 4th.
Get Directions 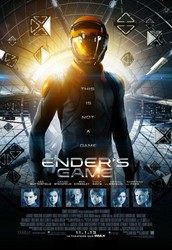 -Get Lunch (Bring your own or get a first-in-the-lunch-line pass!)

-Watch the 2013 LIONSGATE movie, ENDER'S GAME. Note: This movie is rated PG13 and will require a parent permission slip to view in the classroom.

BEHIND THE PAGES: THE AUTHOR

Born in 1951 in Washington and raised on the west coast, Orson Scott Card attended Brigham Young University and spent two years as a Mormon missionary Brazil. Highly influenced by his Mormon upbringing, in his introduction to Ender's Game Card mentions that Isaac Asimov's Foundation trilogy inspired him to write science fiction. He claims that in high school he was fascinated by military strategy and especially the crucial role that a leader plays in an army. The idea of the Battle Room, the game around which the novel Ender's Game is organized, came to him when he was sixteen years old, but he did not begin to write the story until years later. 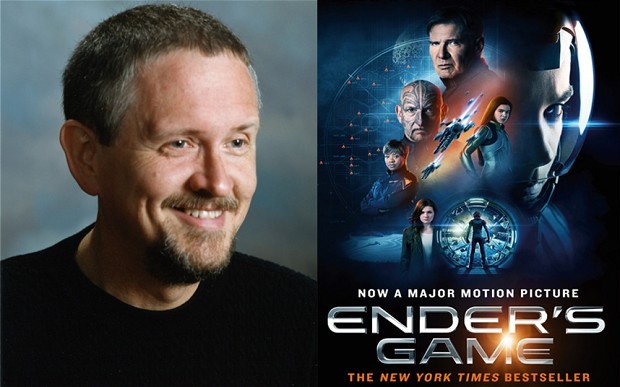