Wayne is using Smore newsletters to spread the word online.

Get email updates from Wayne: 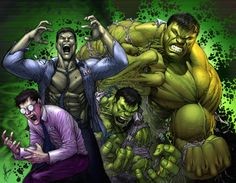 Bruce's heart rate and breathing patterns increase as he changes.

The Hulk is often discombobulated after transforming.

During an experiment Bruce Banner was exposed to malignant amount of Gamma radiation, turning him into a green monster. He survived this lethal event and is able to change between the green monster and his normal self, because physics... Bruce gains invincibility when he transforms. While he is invulnerable, he loses control damaging everything around him. Bruce realizes that he loses control and also develops agoraphobia. Simply thinking of having another attack (getting mad) often triggers another attack (transformation). 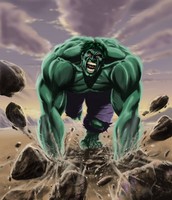 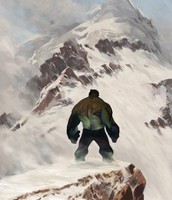 According to The Kim Foundation approximately 6 million Adult Americans have this disorder. That is about 2.7 percent of the population.

The destruction that comes with his transformation has scarred him. Bruce is traumatized that he has hurt people, and this creates anxiety. Bruce is worried that he might transform again and hurt people again.
What Panic Attacks Feel Like

The Hulk gets mad very easily so training him to control his emotions and behaviors can make him less mad. This may even help him stop his attack if he can control it.

Bruce often calms down when he is around someone he cares about. By placing him in a positive environment focusing on Carl Rogers' theory of personal growth he can train himself to have a Unconditional Positive Regard towards everyone. If Bruce accepts everyone, he wouldn't ever get mad or feel like he is in danger, ultimately decreasing the number of panic attacks.

Wayne is using Smore newsletters to spread the word online.