Who is this "Thriller" of a superstar?

Who is this "Thriller" of a superstar?

Michael Joseph Jackson was born in Gary, Indiana 5 August 29, 1958, and entertained audiences nearly his entire life. His father,Joe Jackson had been a guitarist,but was forced to give up his musical ambitions following his marriage to Katherine Jackson. Together they prodded their growing family's musical interests at home. Michael's singing and dancing talents were amazing, and he soon became the dominant voice and focus of the Jackson5. An opening act for such soul groups as the O'Jays. 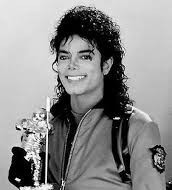 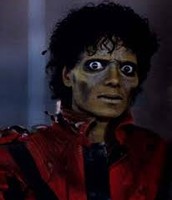 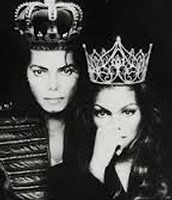 Michael and his talent.

Michael Jackson is the most awarded artist of all time with With 23 Guinness World Records, 40 Billboard Awards, 13 Grammys, and 26 American Music Awards, Michael Jackson has won more awards than any other musical artist. Jackson has also received congressional honors for his humanitarian outreach efforts. He has made about 650 songs total, Thriller and man in the mirror where Michael's most popular songs. Michael has 10 albums all together. His top sold album was called dangerous, His song dangerous was the most played song and in the top ten for almost 1 month.

How did he start his career?

His musical career began at a young age. He was just 5-years-old when he became the lead singer of the Jackson 5, which was formed in 1954. In the early years, the five brothers, Jackie, Jermaine, Tito, Marlon and lead singer Michael played at local clubs and bars in Gary, Indiana. As their talent grew, so did their audience. They competed in competitions and shared the stage with other Motown giants at the time, including Jackie Wilson. In 1968, the Jackson 5 was discovered by Bobby Taylor and The Vancouvers. From there came their audition at Motown Records. The Jackson 5 signed a deal with Motown and moved to California.Their first four singles, "I Want You Back", "ABC", "The Love You Save", and "I'll Be There" all made U.S. hits. The Jackson 5 recorded 14 albums and Michael recorded four solo albums with Motown.