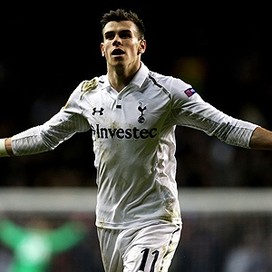 ARE YOU COMING ON THURSDAY?

ARE YOU COMING ON THURSDAY?

HSA RETURN TO ACTION AT THE NEW CROFT ON THURSDAY NIGHT KICK OFF 19.30

The HSA will face Hedingham United on Thursday night as they continue their attempt to finish high enough up the Essex Border League to gain a place in Thurlow Nunn Div 1 next year.

Ryan Weaver played for the EBL rep team against their Cambridgeshire league counterparts on Saturday.He set up one goal and scored another in the 2-1 victory.

It looks likely that the HSA will be playing in the Thurlow Nunn Division 1 league next season.

That means supporters in Haverhill will be able to watch Thurlow Nunn football every week at the New Croft, Rovers one week and the HSA the next.

For this to be a successful venture, we need your help. To start off with we would like people to get involved in spreading the word about the HSA. Can you help publicise Thursday's home game? Are you prepared to give us your email address so we can let you know about developments off the pitch in the next few weeks?

Longer term, are you prepared to sponsor a player or a game? Could you run a raffle during the game? Will you even buy a raffle ticket?

The HSA will be a very different set up to Haverhill Rovers, with no budget for players, and the necessity for an enormous amount of goodwill between players, officials and supporters.

Follow Gary Brown
Contact Gary Brown
Embed code is for website/blog and not email. To embed your newsletter in a Mass Notification System, click HERE to see how or reach out to support@smore.com
close