Stacia is using Smore newsletters to spread the word online.

Get email updates from Stacia:

Florence Nightingale was born on May,12,1820 in Florence,Italy.She was very wealthy,smart,and religious. Nightingale went to the poor and gave them food,clothing,and medicine.In 1844 Nightingale became a nurse.Nightingale died on August,13,1910.

Florence Nightingale helped wounded warriors, soldiers,and people get better right after war.Because the people that were injured were on dirty beds on the floor.

Florence and her sister were born while their parents were traveling Italy.Florence and her sister lived in very large house.Her sister's name was Parthenope.When Nightingale grew up she wanted to become a nurse, but her parents did not let her.When Florence grew elderly, she became ill a lot.Florence died in 1910 right after the age of cars, electricity,and planes began.

Florence Nightingale as Lady with the lamp. 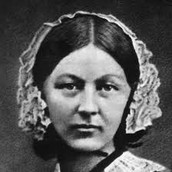 Florence Nightingale in a picture. 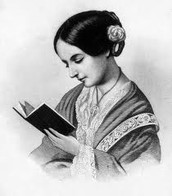 Stacia is using Smore newsletters to spread the word online.