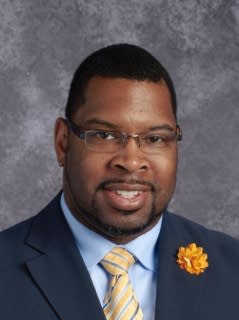 Greetings! Spring is officially here and we all know what that means - enrollment for next year, testing season, graduation, and end of the year activities. I want to thank all of our Center High School students for all of the hard work that has been done thus far. I can't stress enough how proud I am of our scholars. For our seniors, our time together is winding down, and we realize that the year has been a rollercoaster - but I am so proud of all of you.

As we move to finish this school year strong, I am asking parents to please pay close attention to students grades, classes, and assignments. We are also conducting enrollment for current 9th, 10th, and 11th grade students. We truly need and want to partner with you to ensure that your scholar is getting their needs met. Please look for additional information to be released next week regarding EOC Testing and enrollment.

This is the big weekend! Center-Day Night Live happens on Saturday evening starting at 7pm. Appearances by Dr. Cargile, Steve Parker, Derrick Prewitt, Sheila Lewis, and Chrissy Chandler. Some oldies but goodies like Dave Leone, Tim Greenwell, Carolyn Knapp, Amy Knopps, and Alice Gene Meacham will also be there. A tribute to Don Shaffer. A Yellowjacket Trivia Contest. An opportunity to win hundreds of dollars in the 50/50 contest. Presentation of the Distinguished Alumni award.

And, most importantly, raising lots of money to support our teachers and students through the Foundation's Teacher Grant program.

You won't want to miss a minute!!!

All the links for all the events on are in the flyer below. 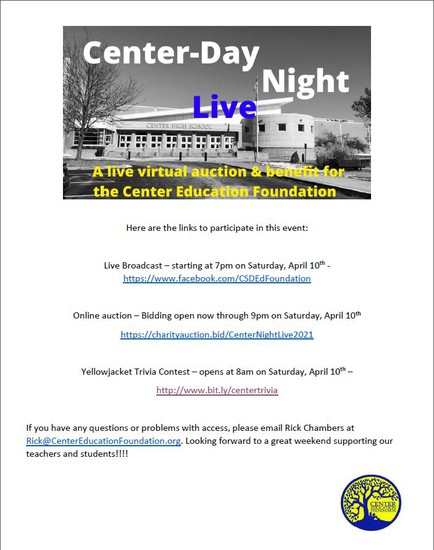 Your students have been working with their Advisors to choose classes for the 2021-2022 school year. Here is a link to an enrollment guide if they still need your help in selecting classes:

The MRVC Conference Finals . . . . . . this will be the last update regarding your CHS Yellowjacket Scholar Bowl Team and their first trek thru the MRVC Conference. It has been quite a ride this year for this team. So let’s get right to the update of tonight’s action thru the semifinals and the finals of the tournament.

The evening started with your Yellowjackets in the Semi-Final round against a strong Carrollton team who had come out of the PreLims in strong fashion and was making a charge for the championship. The match started off very even but thanks to a late run at the end of the first half, Center had given themselves a little wiggle room – 230-150. That 80 point cushion proved helpful because in the second half Carrollton was about to make a run. Within just a couple of questions the score was 250-220, Center was ahead, but barely. It continued back and forth until the final four questions of the night where these Mighty Yellowjackets really came thru. Then were able to complete 2 sweeps (Get the Toss up and all 3 bonus questions!) in the final 6 questions and eventually win 410-290! Off to the Finals!!!

So, after a 12-0 run thru the regular season for this our first year in the MRVC, a 3-0 round in the PreLims and a win in the SemiFinal round – these Jackets were really playing well and focused. Now, the Championship!

The match started out and the Jackets found themselves in uncommon territory. Only twice before had they been down by more than just a few points. Halfway thru the first half they were down, by as much as 60 points! But, they made a furious run in the last 2 questions of the half earning 60 points out of a possible 80 and pulled even. The match was 180-180! What a game! The entire season now comes down to the next 13 questions! What will the questions be!???!!

After 17 questions, the Jackets were down by 90 points. But then in question 18, they pulled off a sweep! 40 points for the good guys, pulling within 50 points. Question 19, Richmond did the same – taking the lead back to 90! But then on the 20th question, Center pulled out another Sweep – 40 points and pulled within 50 points again! Back and Forth, Back and Forth – like a Tennis match!

From that point on, your Jackets were only able to score 60 more points in the final 6 questions and Richmond was able to score 40. Even though we did better down the run, the deficit was just too much. Richmond won the Conference Tournament Championship match by a score of 350-320. It was a great final match to a fantastic year.

Your Yellowjacket Scholar Bowl team finished a perfect 12-0 in the regular season, and 4-1 in the tournament for a 2nd place finish! Not a bad year for their first year here in the MRVC!

Your team now gets to take a little rest for a few weeks before they begin their climb thru the state tournament by attending District competition on April 17.

And in late breaking news: Ben Lahann finished second overall individual in the conference tournament. They keep track of individual scoring on the TossUp questions. He had the second highest average of all competitors for the entire tournament.

Please congratulate the following students for being admitted to the 2021 Law Academy Program /Internship!

Over spring break, our SGA students participated in the Missouri Association of Student Council's state conference. They were recognized as an Honor Council for the 20-21 school year and contributed to the total amount for the 2020 Polar Bear Plunge for Student Councils in Missouri!

In addition to students being recognized, Ms. Krivena was awarded her 10 years of service pin and Ms. Giangrosso was recognized as the Trails Wes Student Council Advisor of the Year!

The following Center High School students have earned Eagle Scout status and will be recognized in ceremonies this spring:

Earning the rank of Eagle Scout is no small feat, please congratulate these young men when you see them. 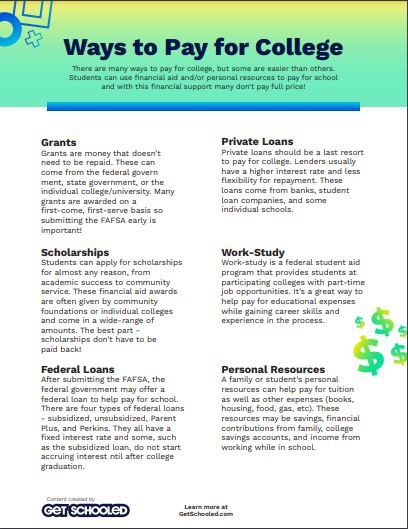 Please join us for the next project grad meeting via Zoom. 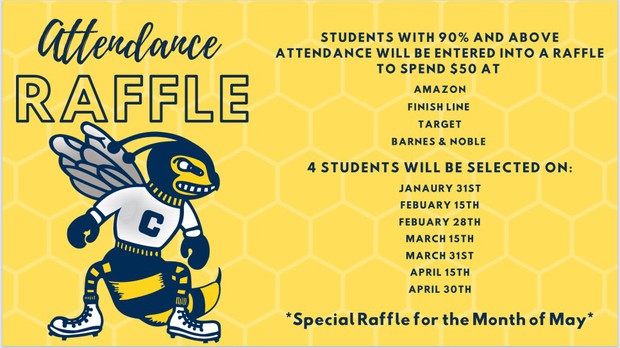 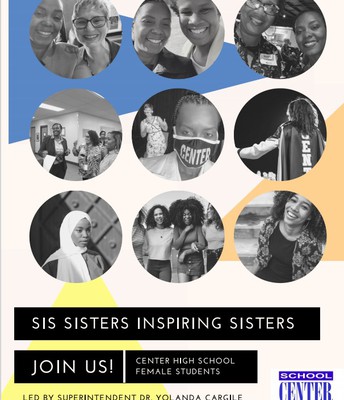 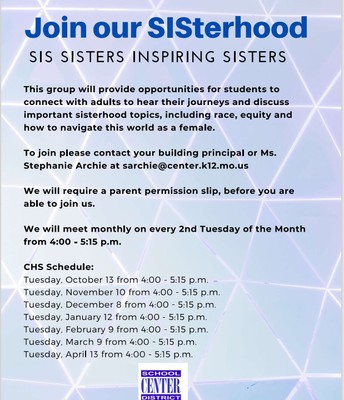 The group is led by Dr. Yolanda Cargile who will provide opportunities for students to connect with adults, hear their journeys and discuss topics, including race, equity, gender and much more. The Center High School group will meet on the 3rd Tuesday of each Month from 4:00 - 5:15 p.m.

To join please contact your building principal or Ms. Stephanie Archie at sarchie@center.k12.mo.us. We will require a parent permission slip, before you are able to join us. 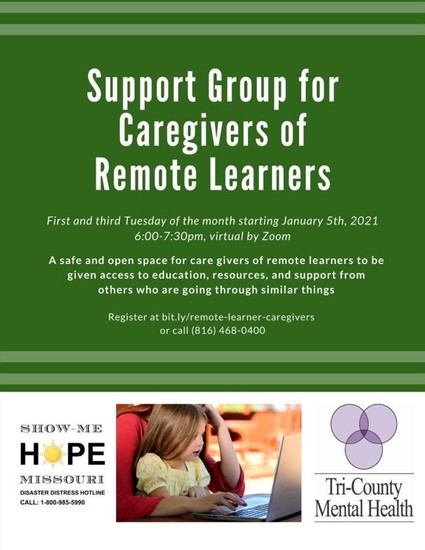 Where to watch Sports

I wanted to share some information with you all regarding our upcoming home athletic events. We will start our Winter Sports Season not allowing any spectators to attend any home events. We will revisit this decision when we return after winter break.

A special THANK YOU to Mr. Steve Parker for all his hard work managing our live streams at the high school. It would not be possible without his dedication to our athletic program.

Please do not hesitate to contact me with any questions or concerns.

Have a great day everyone!

Our middle school basketball home events will be live streamed on the Center Middle School Facebook page. A special thank you to Jessica Steffes for her willingness to live stream each middle school home basketball game. Our first event is today with our boys taking on Oak Grove at 5pm.

Our home Swimming & Diving meets will be live streamed on our Center Athletics 58 Facebook page.

Please go to our CSD Athletic website to find the schedules for all middle school and high school winter sports team. 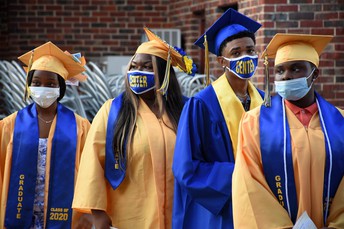 Jostens had a virtual class meeting with Seniors during Yellowjacket Success Time on October 21st. They presented information about purchasing cap & gown, graduation announcements, and most importantly, senior hoodies and sweats.

To place your order online, please use this link: https://union.thegraduationcenter.com/home?school_id=9

If you order online, hoodies and other products will be shipped to you, or you can pick them up from the Josten’s office.

If you have any questions concerning graduation orders, please contact Stephanie Parrish with Jostens directly. She can be reached at Stephanie.Parrish@jostens.com

Below is a tentative senior guide with very important dates. We decided to share this now, however we need Senior parents and Scholars to understand because of the COVID Pandemic these dates and events are subject to change. Please be on the look out for updates. We will get information out to you on any changes as soon as we know. 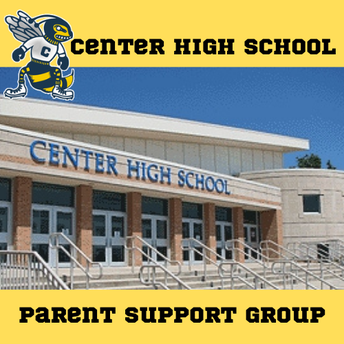