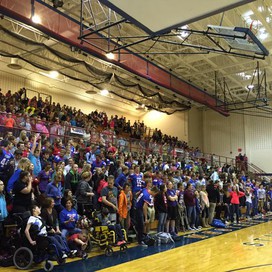 Get email updates from Western: 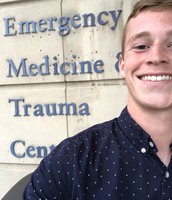 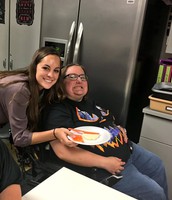 On October 11th, seniors were able to participate in STAR Day where they were able to job shadow a career of interest, visit a college, complete work-based study, or volunteer. 109 seniors participated in STAR Day and completed activities like visiting Indiana University, volunteering on farms, working in a doctor's office, and many more.

"For my Star day I went and observed at Lebanon High School. I hung out in their life skills class and with my cousin who is in that class. I loved getting to do this because it gave me a better and different look at what special needs classrooms are outside of ours. Since special education is what I want to study it is always great to see how other teachers organize all the activities of the day. This Star day was a great experience for me and I'm grateful for the opportunity to do out and experience these things while not having to miss my own classes." - Lizzie Hendricks

"I job shadowed a physical therapist at IU Methodist hospital in Indy. I even got to put on scrubs when the doctor was treating one patient with a serious wound infection which was neat. I got to ask him a lot of questions about his daily routine on the job, the pros and cons, and honestly it confirmed my belief that physical therapy is the route for me." - Michael Dunn

"I had a great time over my Star Day visit to BSA Lifestructures. If I had to choose one thing as a major takeaway from my visit it would have to be motivation to continue the course I'm on. My fear in visiting was that I would see exactly what it is that I hope to go to college and study to one day be and then just be let down and disappointed by the actual real life job. But let me assure you, it was quite the opposite. I got a chance to not only meet with architects but also engineers of all kinds and it really motivated me and revamped my passion for this career path. I am grateful for the opportunity to have visited and I am relieved to find that I am going in the right direction." - Duncan Reed

Having Fun While Learning 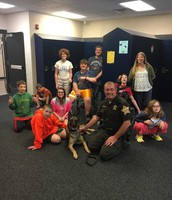 "This year in the Life Skills class, our main focus is having fun while learning! Each week, we learn through different themes (pet week, pumpkin week, career week, etc), we use the different themes to learn academic skills, social skills, and vocational skills. We also like to get out into the building and hangout with students outside of our class. We recently have participated in a few Spanish classes, thanks to Mrs. Brunty! On Fridays, we play board games with some of the football players. We love the interaction with other students!" - Miss Comer

"Being in the life skills room is one of the best parts of my school day. My favorite part about it is interacting with the kids and seeing them smile. Although it's only been a few months, I have learned to be more compassionate and work towards new accomplishments every day. I look forward to each and every day with them, slowly becoming less of their peer tutor and more of their friend." - Peyton Pitman

"There are so many things I enjoy about being in the Life Skills classroom. I have been involved in this classroom since my freshman year. I have grown so close to every kid, and I thoroughly enjoy seeing all of them learn at their own speed and being able to grow over the past two years. It makes my day more enjoyable to see these kids excel in their work and doing things around the classroom. I look forward to the next weeks and months to come with these kids. I am excited to see how these kids grow independently and together. I also look forward to when us Cadet Teachers get to teach the kids!" - Jett McClaskey

The Life Skills students love having the mentors in their class as well, and said that they enjoy getting to know and work with them, read books with them, get help with homework, and they also enjoy how happy and cheerful the mentors are! 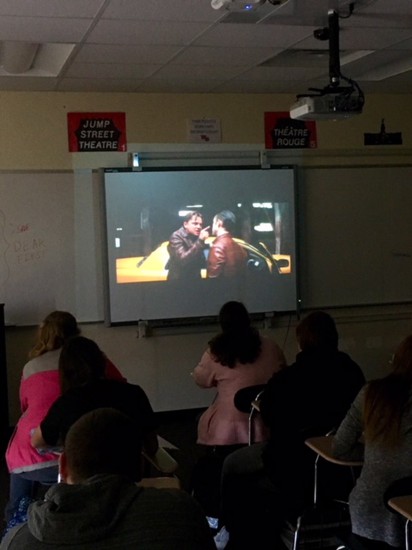 "In Film Lit, we seek to accomplish a few different goals: 1) to become familiar with different film genres, terminology, and techniques; 2) to gain an appreciation of film as a cultural medium and art form, and not just entertainment; and 3) our main goal of analyzing films through literary methods. Think of it as a standard English course, but instead of only reading stories, we watch them!

Students seem to really be enjoying our class activities. The course challenges them to think critically about all aspects of film, and helps bring deeper meaning to how and what they watch outside of school. As a teacher, nothing excites me more than hearing students talk about enhanced viewing experiences at home due to what we learn in class." - Mr. Haney

"Film Lit is a very interesting class. It has really showed me how to break down a movie and see each individual aspect from the lighting all the way up to CGI. So far, we have learned all the major film terminology, watched The Kid (a movie showcasing Charlie Chaplin), analyzed the 1993 version of King Kong, and we are currently dissecting the movie Inception (which is my favorite movie we have watched so far). This class is a great learning experience and I would very much recommend it to anyone who has the opportunity to take it." - Ty Grimm

"I’m glad I have had the opportunity to take part in a new class available to Webo this year. Film Literature is a new way to understand a form of art that is not usually related to Literature. The most illuminating time in the class for me is when learning cinematic terms used to create and view films. There is so much more that goes into filming than what people realize, and for me, it really makes me appreciate the form of art that is film. I believe Film Lit is a great class that teaches another form of Literature that goes unappreciated in schools and I am glad Western Boone has added a class like this to teach other forms of Literature that are used in our daily lives. I know personally, I have used the terms I have used to analyze films I have watched, helping me have a greater understanding for the underlying meanings of films." - Merrill Gourley

"Film Lit has been one of the most enjoyable classes I have had this year. Before the class I never thought about how director’s choices such as lighting and camera angles can have such an effect on how good a movie is. My favorite activity in the class so far is the assignment we are currently doing. We have really dived into the movie Inception. The movie is very complex and a great challenge to analyze. Overall Film Lit is a challenging, but fun class." - Jourdan Higgins 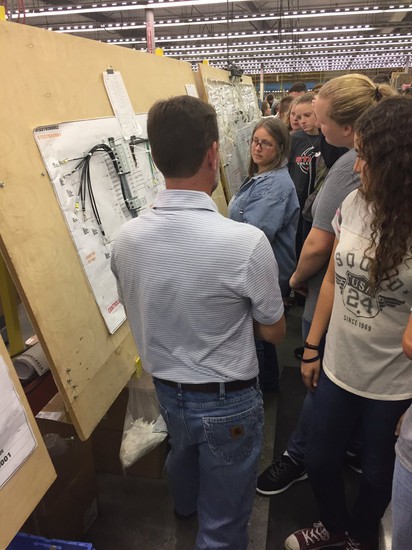 The school counseling department has been hard at work enhancing our comprehensive school counseling program addressing the goals identified through last year’s Gold Star School Counseling Initiative. During October, we worked with seniors to complete college applications, learn about financial aid, and complete the FAFSA. Our freshmen traveled to several local businesses to learn more about opportunities in manufacturing in Boone County. Our counselors also visited area businesses to discuss future partnership opportunities, and met with our CTE co-op to work on enhancing our CTE program offerings.

We look forward to lots of opportunities to help students explore careers during November.

LOL of the Month 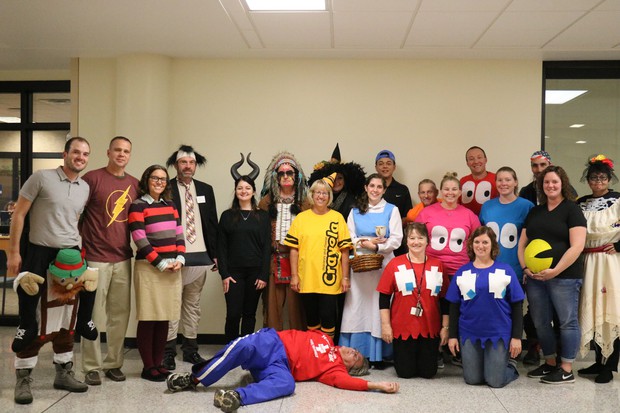 Follow Western Boone
Contact Western Boone
Paste in your blog/website to embed.
Aa Aa Aa
High Contrast Mode
Use the box below to choose the language: