Come in and tour a historic home

Come in and tour a historic home

Come and Tour a historic home in downtown Hartley Iowa Built in 1896 it is one of the very few historic homes in town. Built and owned by J.W.Walter he sold it in 1898 for $6,000 to Frank Patch a banker in Hartley. He lived in the house until his death in 1947 and then his daughter bought the house and lived there until she died in 1969. In that same year Betty Eeten a retiared navy nurse lived in the house until 2011 when she died at age 89. Then the city of Hartley bought the house at auction for $24,000. Restoration of the house has began. 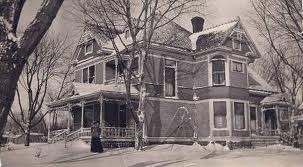 Follow Lisa Lode
Contact Lisa Lode
Embed code is for website/blog and not email. To embed your newsletter in a Mass Notification System, click HERE to see how or reach out to support@smore.com
close