Newsletter for The Music Education Community of Western PA

Newsletter for The Music Education Community of Western PA

Wishing You and Your's a Happy Holiday from Johnstonbaugh's Music Centers! 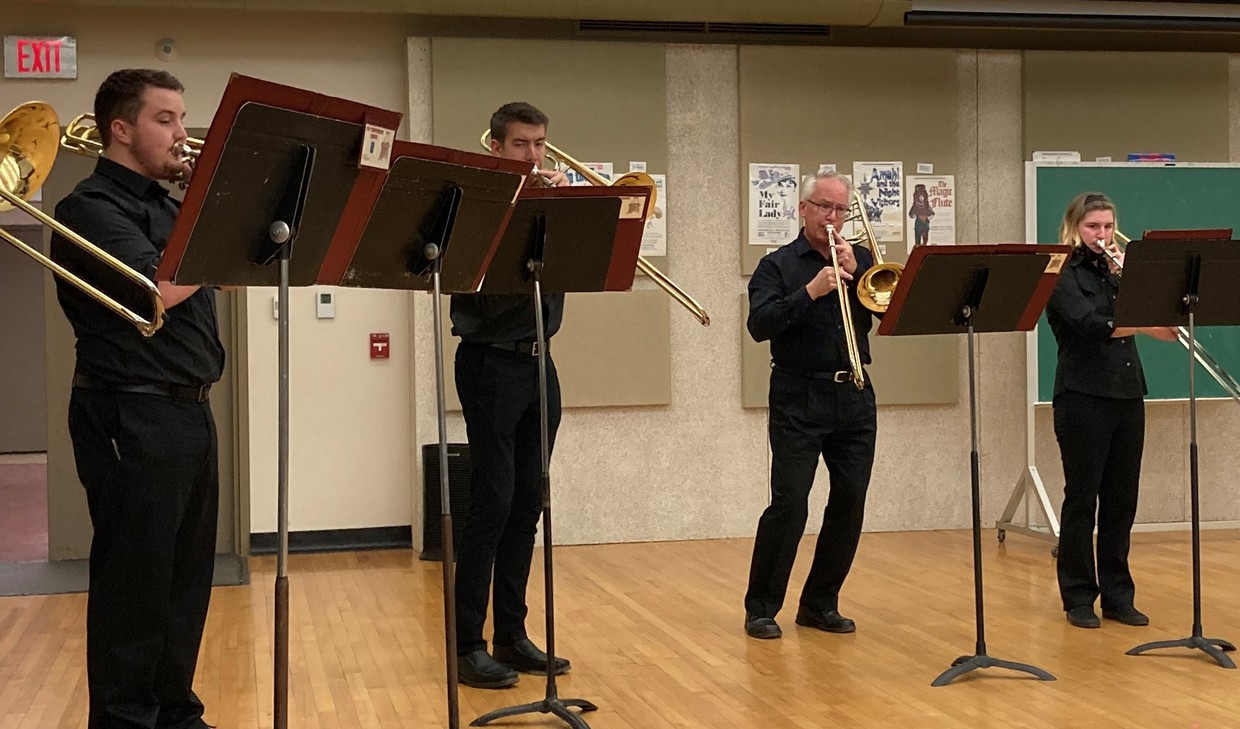 Last April, a committee of musicians started a fundraiser, the Christian Dickinson Trombone Fund, and named the Indiana University of Pennsylvania's trombone studio after him.

Dickinson taught at IUP from 1985 until his retirement in June of this year. Along with the trombone, Dickinson taught music theory and brass methods. He also conducted the IUP Brass Ensemble and Trombone Choir. Dickinson has performed in many prominent musical groups such as the Keystone Wind Ensemble, Johnstown Symphony, and US Army Orchestra. He graduated from Florida State University with a bachelor of music education and master of music and holds a doctor of musical arts degree from the Catholic University of America.

Generous contributions from individual donors made the endeavor possible, reaching its target amount of $25,000! The current trombone professor, Kevin McManus, will purchase new instruments, supplies, sheet music, and other necessities with the funds. To celebrate the occasion, the studio performed a concert on November 29th. It was an excellent performance to celebrate a momentous occasion. 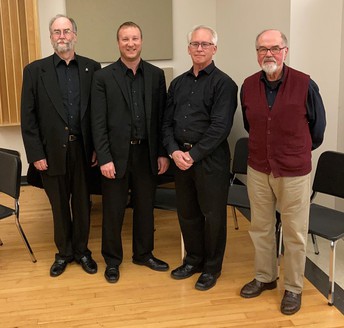 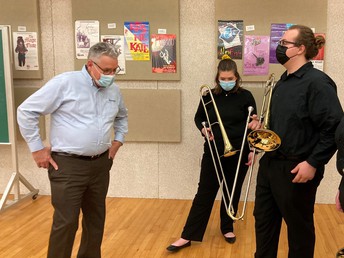 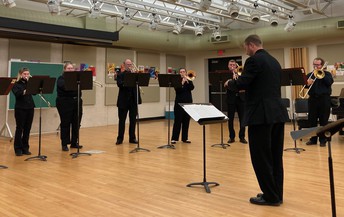 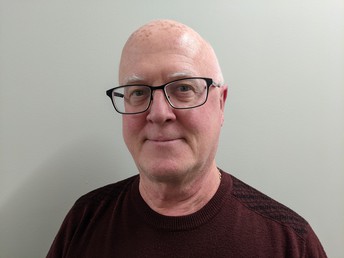 Larry Conway, a vital staff member of Johnstonbaugh’s Music Centers of twenty-two years, has announced his retirement to take place 12/31/2021. Larry has contributed to the growth of JMC through his principal roles as Buyer and Network Administrator.

Graduating from the Indiana University of Pennsylvania in 1977 with a Music Education degree, he has always been passionate about music and playing the trumpet. His many loyal JMC customers include his High School band director. He has played in many groups, from small ensembles, including rock bands to brass bands and a symphony orchestra.

In the musical community and JMC, he is well known and highly regarded. When asked about his retirement plans, he responded that he intends to get up in the morning, drink coffee, practice his trumpet, and remain active in music.

Johnstonbaugh's would like to thank him for his dedicated service. He will be missed, and everyone wishes him all the best! 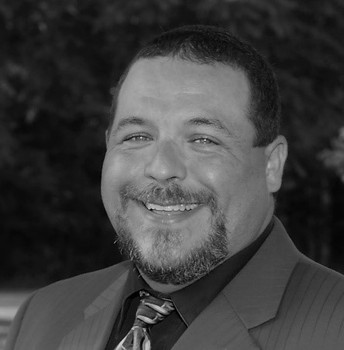 The Pittsburgh Youth Philharmonic Orchestra (PYPO), Western Pennsylvania’s largest youth orchestra, has named a new Director of Bands, Dr. Scott DiTullio. His duties include overseeing all levels of the orchestra and conducting the Prelude Band Ensemble.

Dr. DiTullio has been a music educator for over 25 years, whose experience includes his current position as the Director of Bands for Allegheny-Clarion School District in Foxburg since 2005 and adjunct instructor at St. Vincent College since 2012. Previously, he was the Director of Bands for grades four through twelve for the Clarion-Limestone School District from 1996-2005. Also, Dr. DeTullio has served as the District Chairman for the Pennsylvania Music Educators’ Association District 3 Jazz Festival and has guest conducted many other band festivals. Outside of music education, Dr. DiTullio performs on trumpet at venues from Pittsburgh to Erie and acts as a soloist in many jazz and dance bands. He is also a founding member of the Clarion River Jazz Octet and the Clarion River Brass.

Students can expect to significantly improve their performance and ensemble skills while also developing discipline and leadership skills that will carry over into all facets of life.

For more information on the upcoming auditions for PYPO, visit www.pypo.org/auditions. 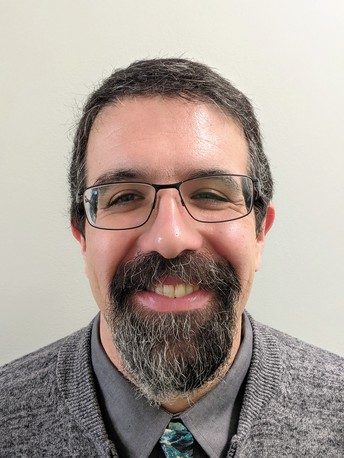 Johnstonbaugh's would like to welcome Brian Buchman as the new JMC Sales Supervisor. Brian has a music background, having studied string bass in elementary school and classical guitar in high school. He received his undergraduate degree from Stetson University and his Master's degree from Florida State University. Both of these degrees were in guitar performance.

Originally from Maryland, Brian frequently moved around because his parents worked in the restaurant industry. He was also fortunate to study abroad for a year. Brian lived in Spain for six months and in Italy for nine months. He also made trips to Paris to study classical guitar during this time. Brian then moved back to the US, where he got a teaching job in Florida. He was hired to teach guitar at Brevard Community College in Cocoa Beach and a year later was employed at Seminole College in Orlando.

Brian moved to Allison Park seven years ago to be closer to family. At that time, he started working for Guitar Center in Robinson. While there, he had several jobs, including Sales Manager, Lessons Lead, and Operations Manager. Brian began to Work at Johnstonbaugh's at the end of July and is very excited about starting a new career at Johnstonbaugh's Music Centers.

This newsletter is for you! If there is something that you wish to know more about or have questions about, please let us know. We will do our best to get you the information you need. Also, if you like what you read, be sure to send to a friend. 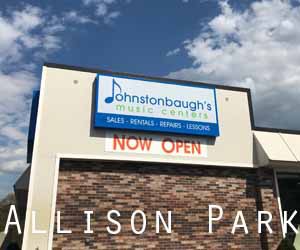 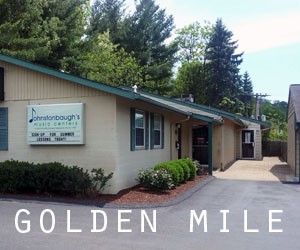 Follow Dennis Emert
Contact Dennis Emert
Embed code is for website/blog and not email. To embed your newsletter in a Mass Notification System, click HERE to see how or reach out to support@smore.com
close