Traditional asian marriage is a ceremonial ritual within Asian societies that involve a marriage established by pre-arrangments between families. Within Asian culture, romantic love was allowed(but doesn't always happen in asian marriage) , and monogamy was the norm for most ordinary citizens.

How does this apply?

It applies because in asian literature it could be the couple who struggles with what one they want to be a part of american wedding or asian wedding. It could also challenge their way of tradition because it could change how they want to marry. If an asian couple wants to marry with an american way. Their is always the problem the parents of each family want a more asian marriage.

How is american marriage compared to Chinese marriage?

Chinese marriage it is based more on age, appearance, stature, family background, money, house, work and so on. Chinese are more materialistic. But, not for themselves but to satisfy others.

The Chinese view marriage as the end of romantic life and the beginning of an ordinary life.

compared to america where marriage is just a new part to the romantic life.

While americans are more of what they themselves want in someone. In Chinese culture marriage is often decided on what the whole family wants not what the people in the marriage want.

In america it is normally seen as the couples job to pay for the wedding. 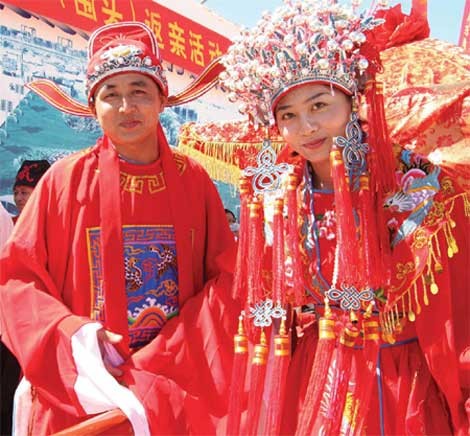