The Two Views of the History House

The Two Views of the History House

The history house can be viewed with two different perspectives. A metaphorical view and a literal view.

The first view is Chacko's metaphorical representation of both India's history, and the family's. Their family comes from a line of Anglophiles and that makes their history difficult. Chacko often speaks of this house, but makes it clear that they are never going to be able to go there.

The second view is the house that is across the river. It is the most mysterious house in Ayemenem in the "heart of darkness." This is another example of Estha and Rahel's childlike version of reality, they take Chacko's metaphor literally. 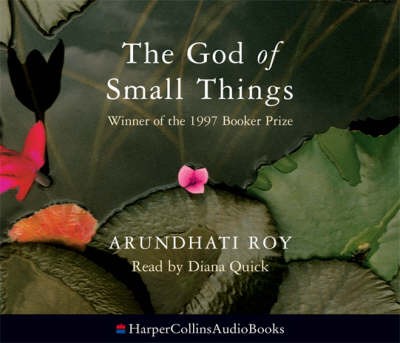 Write down how you think your history plays a part in your everyday life.

1. He explained that history was like an old house at night. With all the lamps lit. And ancestors whispering inside. (Roy 90)

Chacko is suggesting that everything they need to know to understand who they are is right in front of them – they just have to look and listen carefully. The problem is, according to Chacko, that they can't go into this house.

2. They were a whole family of Anglophiles. Pointed in the wrong direction, trapped outside their own history and unable to retrace their steps because their footprints had been swept away. (Roy 91)

They were a family of anglophiles (People that love Britain) and by identifying with the British they lose sight of who they really are. To understand their history they have seek out ways of learning about the past.

3. "To understand history," Chacko said, "we have to go inside and listen to what they're saying. And look at the books and the pictures on the wall. And smell the smells." (2.90-91)

Chacko talks about how in order for them to understand history they would have to enter his metaphorical history house.

4. Estha and Rahel had no doubt that the house Chacko meant was the house on the other side of the river, in the middle of the abandoned rubber estate where they had never been. Kari Saipu's house. The Black Sahib. The Englishman who had "gone native." Who spoke Malayalam and wore mundus. Ayemenem's own Kurtz. Ayemenem his private Heart of Darkness. (2.92)

This one shows how Estha and Rahel thought that history was an actual house that was just across the river from them.

5. because we've been locked out. And when we look in through the windows, all we see are shadows. And when we try and listen, all we hear is a whispering. And we cannot understand the whispering, because our minds have been invaded by a war. [...] A war that has made us adore our conquerors and despise ourselves." (2.95)

Estha and Rahel's family is caught in a constant battle over their history because typically, people don't like their invaders (the English). He is talking about the history and the secrets it holds, but they can't get in.

The History House was both an actual structure, and a creation of imagination. It is where their entire families history is stored, and the entire history of India. In a way the history house was created by the alternate reality that Estha and Rahel chose to live in.