devon is using Smore newsletters to spread the word online.

Get email updates from devon:

CHARLES I OF ENGLAND

CHARLES I OF ENGLAND

Charles the first was born on March 27 1600 and died on January 30 1649. Henrietta Maria of France was his wife which he had 9 kids with. Their names were Charles II James, II ,Mary Henrietta of England ,Anne of England ,Charles James ,Henry Stuart ,and Catherine. He was made king in 1625 after the death of his brother and was ruling until his execution in 1649.

he was convicted on being a murderer and traitor. Also he was convicted of a public enemy to the commonwealth. when he abolished parliament the the finances of England declined and that was the main reason for the reinstatement of parliament and eventually his execution. 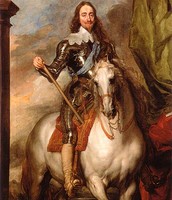 He was a very paranoid ruler who trusted no one and ruled with an iron fist. He went through many parliaments and this ruling eventually led to execution. 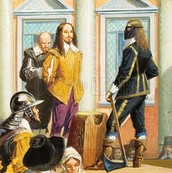 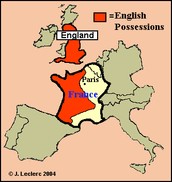 He ruled most of France and all of England 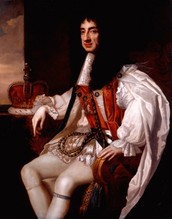 Charles the first signed the petition of rights which was a petition sent to Charles about civil liberties . He created peace with France and Spain. He also made England's finances stable. he both abolishes and recalls parliament. the eventually was publicly beheaded. he abolished Parliament because he thought he could rule by himself and thought he was a overall power.

devon is using Smore newsletters to spread the word online.