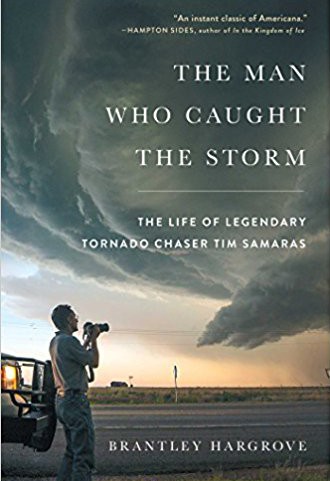 The Man Who Caught the Storm

At the turn of the twenty-first century, the tornado was one of the last true mysteries of the modern world. It was a monster that ravaged the American heartland a thousand times each year, yet science’s every effort to divine its inner workings had ended in failure. Researchers all but gave up, until the arrival of an outsider.

In a field of PhDs, Tim Samaras didn’t attend a day of college in his life. He chased storms with brilliant tools of his own invention and pushed closer to the tornado than anyone else ever dared. When he achieved what meteorologists had deemed impossible, it was as if he had snatched the fire of the gods. Yet even as he transformed the field, Samaras kept on pushing. As his ambitions grew, so did the risks. And when he finally met his match—in a faceoff against the largest tornado ever recorded—it upended everything he thought he knew.

Brantley Hargrove delivers a masterful tale, chronicling the life of Tim Samaras in all its triumph and tragedy. He takes readers inside the thrill of the chase, the captivating science of tornadoes, and the remarkable character of a man who walked the line between life and death in pursuit of knowledge. Following the tradition of Into Thin Air and The Perfect Storm, Hargrove’s debut offers an unforgettable exploration of obsession and the extremes of the natural world. 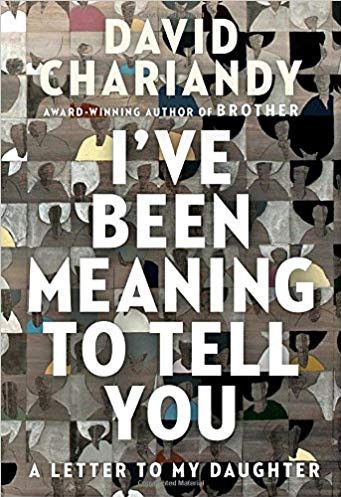 I've Been Meaning to Tell You

When a moment of quietly ignored bigotry prompted his three-year-old daughter to ask "what happened?" David Chariandy began wondering how to discuss with his children the politics of race. A decade later, in a newly heated era of both struggle and divisions, he writes a letter to his now thirteen-year-old daughter. David is the son of Black and South Asian migrants from Trinidad, and he draws upon his personal and ancestral past, including the legacies of slavery, indenture, and immigration, as well as the experiences of growing up a visible minority within the land of one's birth. In sharing with his daughter his own story, he hopes to help cultivate within her a sense of identity and responsibility that balances the painful truths of the past and present with hopeful possibilities for the future. 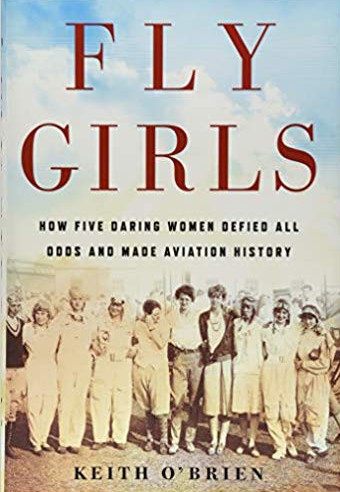 Between the world wars, no sport was more popular, or more dangerous, than airplane racing. Thousands of fans flocked to multi‑day events, and cities vied with one another to host them. The pilots themselves were hailed as dashing heroes who cheerfully stared death in the face. Well, the men were hailed. Female pilots were more often ridiculed than praised for what the press portrayed as silly efforts to horn in on a manly, and deadly, pursuit. Fly Girls recounts how a cadre of women banded together to break the original glass ceiling: the entrenched prejudice that conspired to keep them out of the sky.

O’Brien weaves together the stories of five remarkable women: Florence Klingensmith, a high‑school dropout who worked for a dry cleaner in Fargo, North Dakota; Ruth Elder, an Alabama divorcee; Amelia Earhart, the most famous, but not necessarily the most skilled; Ruth Nichols, who chafed at the constraints of her blue‑blood family’s expectations; and Louise Thaden, the mother of two young kids who got her start selling coal in Wichita. Together, they fought for the chance to race against the men — and in 1936 one of them would triumph in the toughest race of all.

Like Hidden Figures and Girls of Atomic City, Fly Girls celebrates a little-known slice of history in which tenacious, trail-blazing women braved all obstacles to achieve greatness. 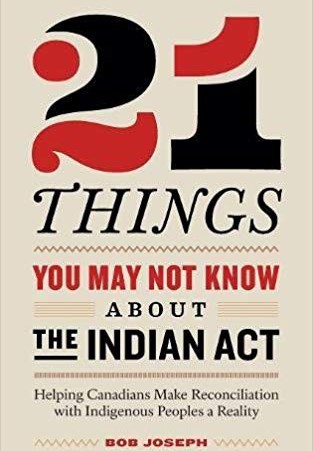 21 Things You May Not Know About the Indian Act

Based on a viral article, 21 Things You May Not Know About the Indian Act is the essential guide to understanding the legal document and its repercussion on generations of Indigenous Peoples, written by a leading cultural sensitivity trainer.

Since its creation in 1876, the Indian Act has shaped, controlled, and constrained the lives and opportunities of Indigenous Peoples, and is at the root of many enduring stereotypes. Bob Josephs book comes at a key time in the reconciliation process, when awareness from both Indigenous and non-Indigenous communities is at a crescendo. Joseph explains how Indigenous Peoples can step out from under the Indian Act and return to self-government, self-determination, and self-relianceand why doing so would result in a better country for every Canadian. He dissects the complex issues around truth and reconciliation, and clearly demonstrates why learning about the Indian Acts cruel, enduring legacy is essential for the country to move toward true reconciliation. 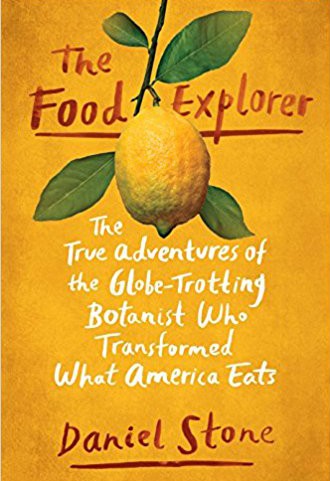 In the nineteenth century, American meals were about subsistence, not enjoyment. But as a new century approached, appetites broadened, and David Fairchild, a young botanist with an insatiable lust to explore and experience the world, set out in search of foods that would enrich the American farmer and enchant the American eater.

Kale from Croatia, mangoes from India, and hops from Bavaria. Peaches from China, avocados from Chile, and pomegranates from Malta. Fairchild’s finds weren’t just limited to food: From Egypt he sent back a variety of cotton that revolutionized an industry, and via Japan he introduced the cherry blossom tree, forever brightening America’s capital. Along the way, he was arrested, caught diseases, and bargained with island tribes. But his culinary ambition came during a formative era, and through him, America transformed into the most diverse food system ever created.