The American Dream in "A Raisin in the Sun" by Lorraine Hansberry is attainable with patience, trust, and faith. Mama had faith in her family, Walter had to make some serious decisions in hopes to better his family's way of life. Through their rough times they got the American Dream, their dream, and they did it by making sacrifices which is the main theme.

The most common theme in A Raisin in the Sun is the theme of the American dream actually attaining to be true. What the youngers believe in is what they go for and ends up happening at the end of the play. They wanted to move into a big house, for which it attained their dream. "Been thinking that we maybe could meet the notes on a little old two - story somewhere, with a yard where Travis could play in the summertime, if we used part of the insurance for a down payment and everybody kind of pitch in." (Hansberry 44) This quote shows the dream they want attained. Mama to Travis "Well- what you think your grandmamma gone and down with that money? ... She went out and she bought you a house. You glad about the house? It's going to be yours when you get to become a man.(Hansberry 91). This quote also attains the dream because Mama bought the house and their going to live in it.

Walter is struggling with himself because no one will listen to his dreams and what he wants to do with the liquor store and why he wants to own a liquor store. Walter takes the money that Mama gives him and gives it to Willy. When he finds out Willy took the money and ran Walter struggles with his guilt for giving his dads money away and Beneatha's college money. "That money is made out of my father's flesh" (Hansberry 128).

Characterization and Quest for the American Dream

Walter wanted to own his own liquor store with Willy and Bobo, that was his 'American dream' but in the end Will took the money. Walter only wanted to own a liquor store because he wanted to provide for his family and give Travis a good life. In the end of the book Walter changes his mind about taking up Lindner offer because he knew how happy it would make his family to own a house of their own. "And we have decided to move into our house because my father --- my father --- he earned it for us brick by brick" (Hansberry 148).

Mama wanted to own a house to give to Travis and make everyone happy. She wanted to own a garden. She took the money and bought the house and in the end of the story she was sad to see the apartment to go but she was happy to be leaving also. "She looks around at all the walls and ceilings and suddenly, despite herself, while the children call below, a great heaving thing rises inher and she puts her fist to her mouth to stifle it, take a desperate look, pulls her coat about her, pats her hat and goes out" (Hansberry 151).

Beneatha wants to become a doctor but Walter took her school money and gave it to Willy. She felt that there was no point to even try to become a doctor anymore. After talking to Asagai she changes her mind and decides to get her doctor degree and move to Africa with Asagai and do her practice there. "Mama, Asagai asked me to marry him today and go to Africa ---" (Hansberry 149).

The American Dream is attainable you just have to have faith in your family and accept change to your dreams.

In the end of the story they move into a knew house and are more happy than they were in the beginning of the book. Mama got her faith back in her God and Walter decided to move into the house because he knew that was the right thing to do. Beneatha is still going to go to college to get her doctors and then move to Africa with Asagai to do her practice. In the end everyone got their dreams. 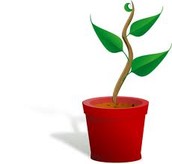 Their apartment is small, crammed, dull, and depressing. They all wanted to live the American Dream by living in a nice house with nice neighbors, white picketed fence. "Walter: "And we have decided to move into our house because my father" (Hansberry 148).