Cecy is using Smore newsletters to spread the word online.

Get email updates from Cecy:

Yesterday, I was younger.

I never thought o the bad to come.

Instead I thought of how cool I would be

If I were to do the impossible.

I grabbed my skateboard, and went outside

To get my friends to record my attempt.

I had tried the trick, but i had failed ,

So I tried again, and I had accomplished

What I had thought was impossible.

I was proud, so I tried once more.

Only this time i had failed even worse than before. 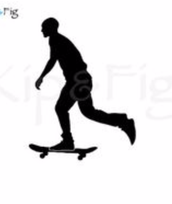 Today, I am too scared to try again.

I don't do tricks anymore.

Just ride around and skate on the floor.

I don't fly though the air like a fish out of water,

Just slither on the ground 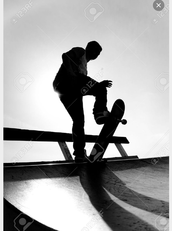 Tomorrow, I hope to conquer my fear.

Skate down a ramp, or grind once more.

Maybe soar through the air, or

Get back on my old board.

Tomorrow is just an opportunity

To redeem your past.

You cannot change what is done,

But you can distract yourself from the mistakes.

Cecy is using Smore newsletters to spread the word online.