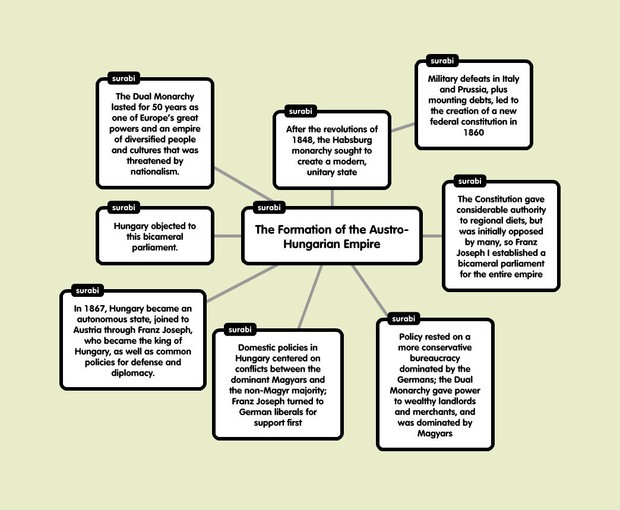 Initially, Giuseppe Garibaldi failed in his attempt to create a united Italy that would function through democracy. His group Young Italy used the revolutions of 1848 as an opportunity for a democratic uprising, but failed due to the resurgence of conservative power. There were widespread uprisings in several Italian cities that year, mostly by the professional classes (such as doctors, lawyers, shopkeepers) as well as students. Lombardy-Venetia and Milan tried to rise up against Austrian rule, and although the Kingdom of Piedmont-Sardinia sent troops to help, the revolt was crushed by Austrians. The Italian uprisings proved to be unsuccessful, yet the idea or Risorgimento, or resurgence continued to hold strong with the Italian population. Eventually, the Kingdom of Sardinia began pushing for unification, and this was mainly orchestrated by Sardinia’s Prime Minister, Count Camillo di Cavour. Cavour quickly secured an alliance with France, being a skilled diplomat. During the Franco-Austrian war of 1859, the Austrians were defeated by the French, and thus relinquished Lombardy to the holdings of Piedmont-Sardinia. The Northern Italian states held elections in 1860 and voted to join the Kingdom of Sardinia, meanwhile Sardinia ceded Savoy and Nice to France. In 1860, Garibaldi pulled together an army referred to as “the Thousand” in order to march into Southern Italy. Marching into Sicily and Naples, Garibaldi overthrew the Bourbon monarchy and turned these territories over to Victor II, the King of Piedmont-Sardinia. In 1861, a national parliament met and proclaimed the Kingdom of Italy, with Victor Emmanuel II as king. The only territories outside the new kingdom were Rome and Venetia.

Giuseppe Garibaldi (1807-1882) was an Italian patriot and military leader who helped free the Italians from foreign rule and unify the country. He was a master of guerrilla warfare and raised volunteers beginning in 1848 to conduct daring military campaigns to overcome the rule of Imperial Austria.The speech below is an eloquent appeal he made to his soldiers in 1860. A year later, as a result of his daring military leadership and the political leadership of fellow patriots, Giuseppe Mazzini and Camillo Cavour, the independent Kingdom of Italy was finally proclaimed.

"We must now consider the period which is just drawing to a close as almost the last stage of our national resurrection, and prepare ourselves to finish worthily the marvelous design of the elect of twenty generations, the completion of which Providence has reserved for this fortunate age.

Yes, young men, Italy owes to you an undertaking which has merited the applause of the universe. You have conquered and you will conquer still, because you are prepared for the tactics that decide the fate of battles. You are not unworthy of the men who entered the ranks of a Macedonian phalanx, and who contended not in vain with the proud conquerors of Asia. To this wonderful page in our country's history another more glorious still will be added, and the slave shall show at last to his free brothers a sharpened sword forged from the links of his fetters.

To arms, then, all of you! all of you! And the oppressors and the mighty shall disappear like dust. You, too, women, cast away all the cowards from your embraces; they will give you only cowards for children, and you who are the daughters of the land of beauty must bear children who are noble and brave. Let timid doctrinaires depart from among us to carry their servility and their miserable fears elsewhere. This people is its own master. It wishes to be the brother of other peoples, but to look on the insolent with a proud glance, not to grovel before them imploring its own freedom. It will no longer follow in the trail of men whose hearts are foul. No! No! No!

Providence has presented Italy with Victor Emmanuel. Every Italian should rally round him. By the side of Victor Emmanuel every quarrel should be forgotten, all rancor depart. Once more I repeat my battle-cry: "To arms, all-all of you!" If March, 1861, does not find one million of Italians in arms, then alas for liberty, alas for the life of Italy. Ah, no, far be from me a thought which I loathe like poison. March of 1861, or if need be February, will find us all at our post-Italians of Calatafimi, Palermo, Ancona, the Volturno, Castelfidardo, and Isernia, and with us every man of this land who is not a coward or a slave. Let all of us rally round the glorious hero of Palestro and give the last blow to the crumbling edifice of tyranny. Receive, then, my gallant young volunteers, at the honored conclusion of ten battles, one word of farewell from me.

I utter this word with deepest affection and from the very bottom of my heart. Today I am obliged to retire, but for a few days only. The hour of battle will find me with you again, by the side of the champions of Italian liberty. Let those only return to their homes who are called by the imperative duties which they owe to their families, and those who by their glorious wounds have deserved the credit of their country. These, indeed, will serve Italy in their homes by their counsel, by the very aspect of the scars which adorn their youthful brows. Apart from these, let all others remain to guard our glorious banners. We shall meet again before long to march together to the redemption of our brothers who are still slaves of the stranger. We shall meet again before long to march to new triumphs."

The following speech, called The Imperial Proclamation, was given by Otto Von Bismarck on January 8th, 1871

Whereas the German princes and the free cities have unanimously called upon us to renew and to assume, with the restoration of the German Empire, the German imperial office, which has been empty for more than sixty years; and Whereas adequate arrangements have been provided for this in the constitution of the German Confederation;

We, Wilhelm, by the grace of God King of Prussia, do herewith declare that we have considered it a duty to our common fatherland to answer the summons of the united German princes and cities and to accept the German imperial title. In consequence, we and our successors on the throne of Prussia will henceforth bear the imperial title in all our relations and in all the business of the German Empire, and we hope to God that the German nation will be granted the ability to fashion a propitious future for the fatherland under the symbol of its ancient glory. We assume the imperial title, conscious of the duty of protecting, with German loyalty, the rights of the Empire and of its members, of keeping the peace, and of protecting the independence of Germany, which depends in its turn upon the united strength of the people. We assume the title in the hope that the German people will be granted the ability to enjoy the reward of its ardent and self-sacrificing wars in lasting peace, within boundaries which afford the fatherland a security against renewed French aggression which has been lost for centuries. And may God grant that We and our successors on the imperial throne may at all times increase the wealth of the German Empire, not by military conquests, but by the blessings and the gifts of peace, in the realm of national prosperity, liberty, and morality. Wilhelm I, Kaiser und König.

The following map is of Europe in 1815. It shows the boundaries of Austria and where borders were drawn leading up to the formation of the Austro-Hungarian empire. 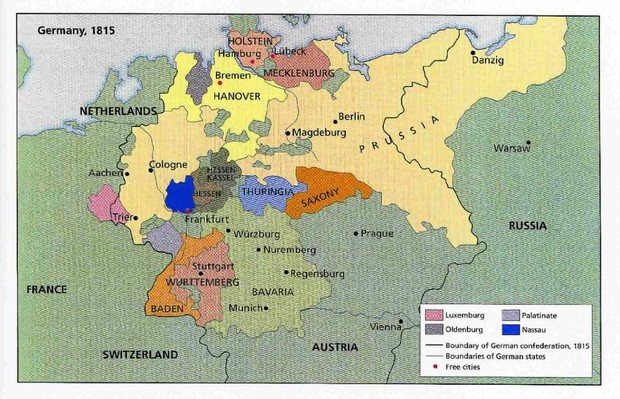 Follow Joseph Overman
Contact Joseph Overman
Embed code is for website/blog and not email. To embed your newsletter in a Mass Notification System, click HERE to see how or reach out to support@smore.com