The wonderful Wizard of Oz

The wonderful Wizard of Oz

This book so far is about a girl from Kansas, Dorathy, who was put into a tornato and went to the the land of The Munchkins. There she asked them how to get home, but they didn't know, but they said the Wizard of Oz did. She just has to follow the yellow brick road to the Emerald city. 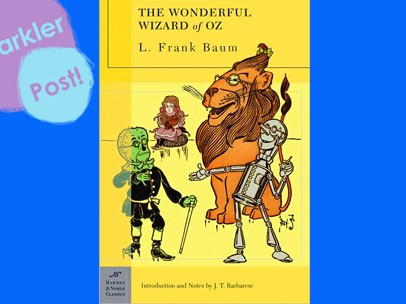 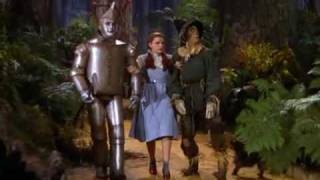 Sorry, but I can't tell you what Oz looks like because that would give away the whole entier ending of the book! If you really want to find out you can read the book or watch the movie, but just to tell you in the movie its different than the book. 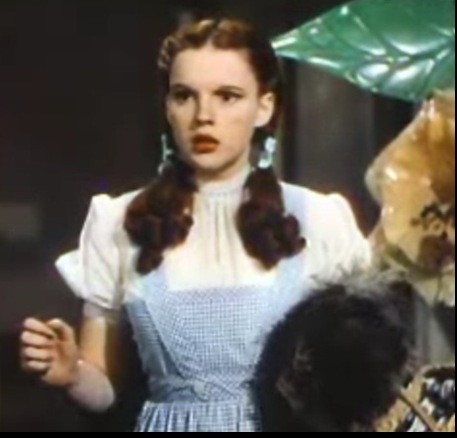 This is Dorathy. She has brown hair and brown eyes and she always wears her blue dress with her little dog Toto in a basket. I believe that Dorathy is around 15, but in the book she is around 6. She is from a gray place know as Kansas. Her life was very just blah, everything around her was grey, exept Toto. He kept her full of happiness. There was a tornado one day but this wasn't an average one. This tornado took her to the land of the Munchkins. 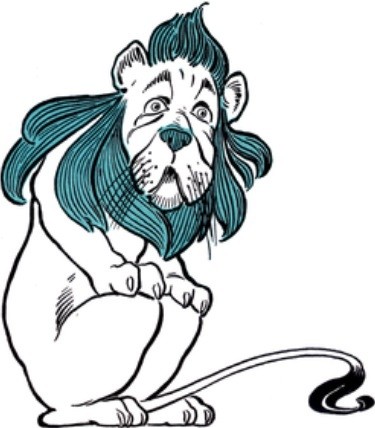 This lion lives in the forest. I believe he is about 50 or older. He has a very large main, his fur is a golden color, but by the picture on this he is a cartoon but he looks different in the book comics, but there is a problem with this lion. The problem is he has no courage! As you know lions are suppost to be fearless, the forest biggest threat, but how is suppose to be fearless if hes such a coward? That's why he is going with Dorathy, the Tin man, Scarecrow, and Toto to the Emerald city. Hopefully the great wizard will give him courage!!! 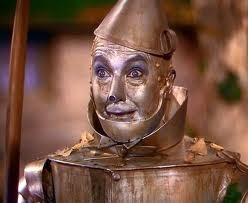 This is the Tin man. He has been stuck in the possition of holding an axe for what he says was ages, but he was over exaggerating just a little. He is stuck this way beacause one day was going to chop some wood for a fire, but then it stared to rain. By his name, you can probably tell he is made of rusty tin. When Dorathy and the Scarecrow saw him he was screaming, "OIL!!!" but his mouth was closed, rusted. Finally they gave him oil and he could start talking again, but this man is still really sad. He is because he doesn't have a heart. Maybe if he was lucky enough the great wizard would give him a heart! 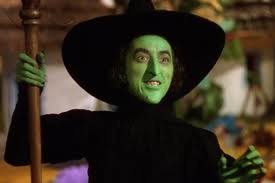 The wicked witch of the West also know as my sister

This is the wicked witch of the West. As you can see, well she's green. She also has a mole on her face, it's kinda creepy. Her teeth are all rickity and shaped oddly. And she has these little minious that are flying monkeys!!! Crazy right? She's maybe about 30.

Her sister is the wicked witch of the East who is as dead as a doornail because Dorathy planted a house on top of her, of course not on purpose.

This "person" is just a cranky old bat. She is never in a good mood! If you are wondering why she is green... well that's a different book! 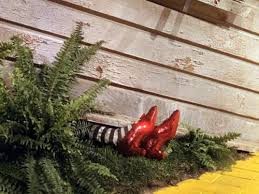 The wicked witch of the East

Here lies the poor wicked witch of the East... too bad... so sad... watch out for flying houses! 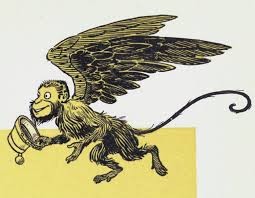 This is a flying monkey. This creature was created by the wicked witch of the West to be her servants. They wear bellhop uniforms, the uniforms are red, white, and blue, but in this picture the monkey isn't wearing his uniform. I don't know why he isn't tho. I don't know the ages of the flying monkeys, but they are mostly looking about like kind of 20 or early 20s. 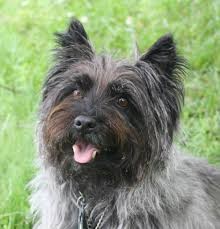 This is Toto. He is brown around the face and also black around the face. He isn't very big, but he plays a very important part in Dorathy's life. In the book it says how he kept her from turning grey like all her other sorroundings in Kansas. Toto is probably 3 or 4 years old. 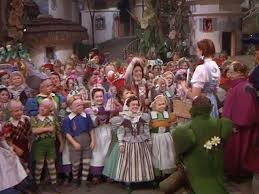 These are the Munchkins of Munchkin land. They are very small. No more than 100 people live in Munchkins land. They all seem to wear odd clothes and odd things on their heads. And they wear wayyyyy to much feathered stuff!!!! The Munchkins all have different ages. Some are around 4 or 5 and others are around 60 to 70. They all may look little and young, but some sentently aren't!!! 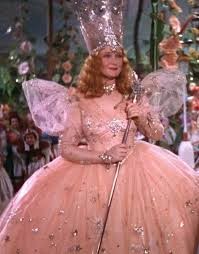 This is Glinda. She's a good witch unlike her two sisters. She rules Munchkin land. She has blonde hair and a BIG pink dress that she always wears. She also has a wond with a star on it. She is about 30 or older. 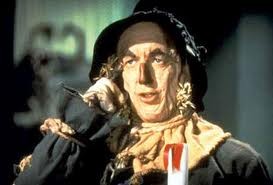 Quote from the book

My favorite quote from the book is the part were Dorathy, the Tin man, and Scarecrow are going to the forest and they are screaming, "Lions and Tigers and Bears, oh my!!!" This is on page 93.

m.youtube.com
Dorothy, the Tin Man and the Scarecrow are stopped in their tracks by a fearsome roar. From the Warner Bros. film - "The Wizard Of Oz"

On some pages they are awesome similies!!!

Also there are metaphors!!!

1. on page 16: "The house was a ballon in the sky." This means that the house was in the air far up when it flew in the tornato.

I really liked this book and I think you would too!!!! It's like a new thing of the old movie the wizard of oz, but this book is a little different from the move. Like instead of ruby slippers she has silver shoes! Isn't that weird? Anyways read the book!