Swimming at the Olympics

Swimming at the Olympics 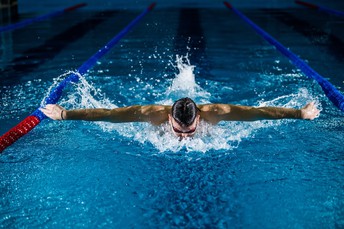 Swimming is one of the most popular sports on the Olympic Games program. It is one of five sports that have been contested at every summer Olympic Games since 1896. The others are: Athletics, Cycling, Fencing, and Gymnastics.

Olympic swimming uses four basic swimming styles or strokes. Freestyle, backstroke, breaststroke, and butterfly (or all four within one race—that is called the IM or individual medley).

There are 16 swimming pool events for men and women swimmers in the modern Olympic Games. In 2008 an open water, 10-kilometer marathon swimming race was added to the Olympic Swimming program.

Swimming is probably one of those few Olympic events that have the most flexible rules. The swimmers neither push off the bottom of the pool nor pull on the lane line. Also, the participant should touch the far wall with their body. Participant are allowed to use any stroke in this event.

Participant may use alternating arm strokes and rapid and alternating up-and-down kicks in this event. However, the participant must be on his/her back, facing the sky. Turning shoulders more than 90 degrees is not allowed and may result in disqualification. However, in flip turn, in multi-lap backstroke races the participant may turn onto their stomachs provided they keep on moving hands. Swimmers must be on their back once their feet are off the wall. During finish, participants should touch the wall with one hand and until then they should be on their back.

By rule, the swimmers arms and legs must move simultaneously in breaststroke event. Participants head must break the surface with every stroke and arms and legs should stay mostly underwater. Each arm stroke should begin and end in streamline position. Swimmers should not pull their hands down beyond their hips. The swimmers toes should point towards the sides. Only one kick is allowed per stroke.

Breaststroke races should start with a forward-facing dive from either the edge of the pool. Swimmers may pull down once before each lap. One dolphin/butterfly kick is allowed in the first part of the pull-down. Swimmers must touch on the horizontal plane with both hands at the end of each lap with two hands, simultaneously and on the same horizontal plane.

In Butterfly stroke, swimmer’s both hands must come out of the water simultaneously on every stroke. Swimmers may breathe by either lifting head and shoulders up or to side as in freestyle swimming. 한국야동

Butterfly race begins with a forward-facing dive. Swimmer should touch the wall with both hands simultaneously while finishing each lap. Swimmers can do underwater dolphin kicks, but should break the water surface at or before 15 meters. 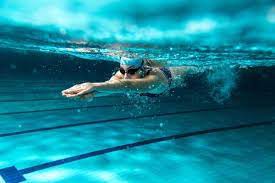