Get email updates from Justice:

Our plan is to create a new way of transportation that is run by CO2. Instead of using gas, this new car will be run by CO2. It will do this by absorbing the CO2 when you breathe in and out. However, there will be brakes to stop the car at a light and when you are breathing at the light, the car will save that CO2 for later. It also will have new airbag. This when you crash a giant iron ball will cover you protecting you from the flying debris. 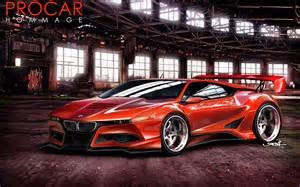 Steps To Accomplish This

-We will show them our plans and see what they think about it. We will team up with a car company and make our car a daily choose for costumers.

2. If they are, get the government to fund our idea

3. Get the workers make to a prototype

4. Test the prototype and see if works

5. Unveil the idea to the world

6. Mass produce the car and ship it everywhere in the United States

-Ship it to our company's dealers and watch as more companies create cars just like it to help our cause.

7. Watch the prices of oil decline as we need less oil for cars and save the environment

- Because we no longer need oil for gas, gas prices in the United States will decrease a lot. This will also save us tons of money

8. Pay the government back with our profits.

- We will make enough money to pay back the government, and have extra to spare

Our group plans to not depend on the other countries by creating a way of transportation that doesn't use oil. We are creating a new vehicle that runs on gas, instead it runs on CO2. How amazing is that?? Just breathe and the car converts it for you! This way you'll be saving the environment by keeping less carbon dioxide out of the atmosphere and you'll be conserving oil. It's the best of both worlds! The way our organization works is by being able to multitask and save two things at once. The environment and oil, since both are at danger, why not save both at the same time? The reason we are using carbon dioxide to fuel the car is because we have a lot of unneeded Carbon in the air. Why not use something we have excess of, like carbon, to fuel something instead of using water, which will run out, or potato's which we can use to eat. Now you're probably wondering how it's possible that our idea will even be used. Well we have steps to get there. The government will fund us after the car companies start getting interested un our idea. They will make a prototype and test it, after people have heard about it, the companies will sell the cars. The cars will then eliminate use of oil around the world. The oil prices will start going down as more of these revolutionary cars are being used, and if people can't pay for these cars the can still use oil, but the prices of the oil will be lower. Another way to use oil is to use less plastic products. Why? 5% of oil is used to make plastic products, not only is that wasting oil, but it's also waisting oil. But we just can't use paper products cause then we'll be running out tree's, instead you can use recycled plastic. It's a great way to re-use items and save plastic. This will also reduce oil usage, so we don't have to pay for oil from other countries, we will also be saving money.