Mai-Roos is using Smore newsletters to spread the word online.

Get email updates from Mai-Roos: 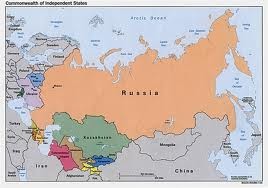 Here is some facts about Russia. Enjoy

1.Russia is a transcontinental country, extending halfway around the northern hemisphere and covering much of eastern and north-eastern Europe and the whole of northern Asia

2.In terms of population, Russia is the ninth largest country in the world, even though it's the world's biggest country

3.There are 221 museums, 2,000 libraries, more than 80 theaters, 100 concert organizations, 45 galleries, 62 cinemas and 80 club establishments of culture in St Petersburg

4.Russians never shake hands over a door way, they believe it leads to arguments

5.Russian language does not include a word for 'the' or 'a' which is good because these often lead to confusion in other languages

6.Russian language uses the Cyrillic alphabet instead of the Latin and is one of the 5 most spoken languages in the world

7.The Urals are the oldest mountains in the world and lake Baikal is the world's deepest lake and the largest reservoir of fresh water on earth

9.When a Russian couple gets married, they usually have a big reception ceremony where everyone yells«Gor'ko» which literally means 'bitter' and then the groom has to kiss the bride.

10.Rasputin was an unscrupulous mystic who was able to check the haemophilia of the heir to the throne. He gained influence over the Czarina and her husband, the Czar, Nicholas II.

11.Russians usually wear a wedding ring on the right hand.

12.In Russia men never give an even amount of flowers to a lady it is a bad luck and is associated with funerals

13.The western Siberian Plain is the largest plain on earth.

14.The Moscow State Circus has been in existence for two hundred years and was given strong support during the Communist era.

15.There are 7 towns in the Golden Ring of Russia.

18.Russia was the first to send dog Laika in to space.

20.The most famous computer game –Tetris – was created by Russian programmer Alexei Pazhitnov in 1985. The game, first available in the Soviet Union, appeared in the West in 1986.

22.The father of modern American television was Russian electronic engineer and inventor, Vladimir Zvorykin, who emigrated to the United States in 1919.

23.Russia is known as the«lungs of Europe» since it has the largest forest reserves in the world, and the amount of carbon dioxide absorbed by it is second only to the rainforests in the Amazon.

25.Russia is the only country in the world that will host 2014 Winter Olympic and Paralympic Games on the Black sea coast in a humid subtropical climate

26.«Kalashnikov» was originally created in 1947, and has since been in use. In fact, there are more copies made of this rifle than of all other assault rifles in the world COMBINED!

28.The intelligency level is of Russian people is considered up to 99%. There are more than 600 universities in the country.

29.he Metro of St. Petersburg is the world’s deepest subway (about100 m deep).

30.Russia is the only State in the world, on the territory of which there are 12 seas.

31.Where is the largest McDonald's in the WORLD? In Moscow and in Beijing (700 seats per each)

32.Russian language uses the Cyrillic alphabet instead of the Latin and is one of the 5 most spoken languages in the world 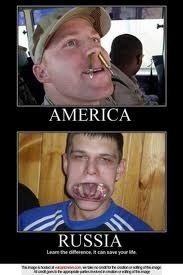 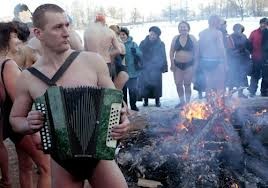 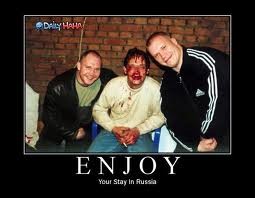 Mai-Roos is using Smore newsletters to spread the word online.