Lena is using Smore newsletters to spread the word online.

Get email updates from Lena:

Fraunces Tavern is an important building used during the Revolutionary War.

The tavern, which is still used today, was built in 1710. It was a secret meeting place for the Sons of Liberty. The building was originally built as a mansion. George Washington even gave his farewell speech at this tavern. The reason the Fraunces Tavern is so important is because if the Sons of Liberty had met somewhere else, they could have been caught and America may have lost the war. Also During the Revolutionary War, the Fraunces Tavern had a very important purpose.

One of the most significant places of the American Revolutionary War was the City Hall park.

Gen. Washington, read the Declaration of Independence to troops here. Also a statue of Nathan hale is there In the park. This is why it makes the park have history and popularity.

The reason why the city hall park is important, is because the park has great history behind it. And it had very Important things happen in it. Therefor the City hall park was a very big, important piece in the Revolutionary War. 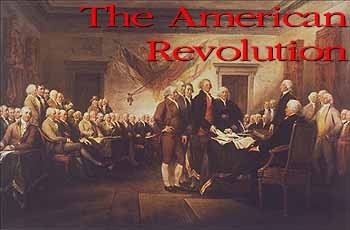 Famous Patriots/ What were Patriots

What is a patriot, And why people became patriots.

The Patriots wanted to have there own country. “The United States”.

And wanted the American colonists to gain their independence from britain.

And the American people felt that they were not being treated fairly.

This is an important information because it’s talking about how the American colonists were upset and wanted their own Country. This is how the people became patriots, and what patriots were.

George Washington was too.This is important because you need to know who and why this people became patriots.

Lena is using Smore newsletters to spread the word online.